Get ready to sing and dance with some of your favorite friends! TROLLS WORLD TOUR, is now out on Digital now and will be out on 4K, Blu-ray, and DVD on July 7th! We are celebrating the release with a fun frozen popsicle recipe and a Poppy inspired crown craft! 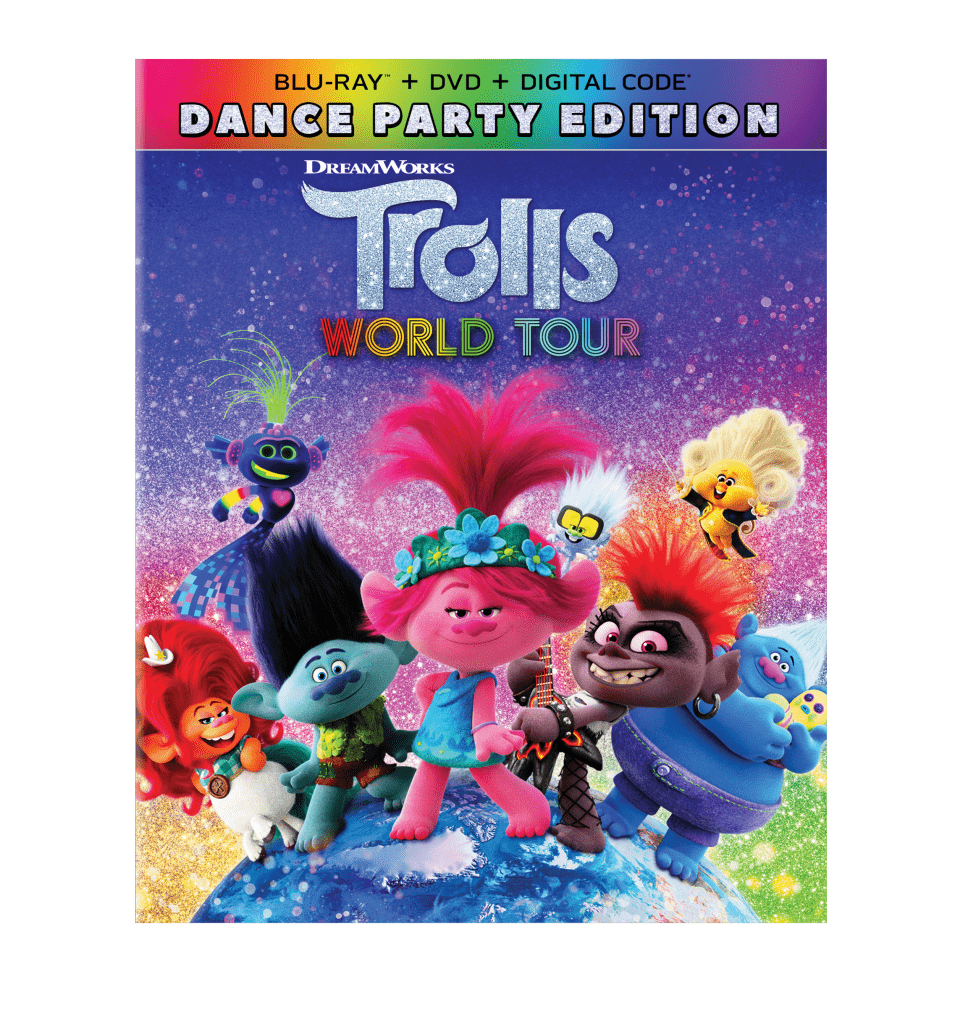 Thank You Universal Pictures for sending my family a copy!

We were so excited when we found out there was going to be a second Trolls movie. We eagerly anticipated when we could go to the theatre and watch our Trolls friends on their new adventure. While we weren’t able to go to the theatre, we were really excited when Universal Pictures decided to release Trolls World Tour to home audiences. We watched it as soon as it was released!

My kids loved it just as much as the first one so I knew this would be a DVD we would need to own! Well, on July 7th the wait is over. You can own your own DVD or Blu-ray copy of Trolls World Tour with a bunch of bonus extras!

Queen Poppy (Anna Kendrick), Branch (Justin Timberlake), and the rest of your favorite Trolls are back for another musical adventure that’s bigger—and louder—than ever before! In TROLLS WORLD TOUR, Poppy and Branch discover that their kingdom is only one of six musical realms—Funk, Country, Techno, Classical, Pop, and Rock—that were once united in perfect harmony. When the power-hungry ruler of the Rocker Trolls threatens to silence all other music so her tribe can reign supreme, Poppy and Branch must embark on an epic quest to unite the realms of Trollskind, before the songs in their hearts are lost forever!

To celebrate the release we have a couple of fun activities to do with your kids!

Dance into summer with this recipe for Queen Poppy’s Rainbow Pops!

Start your own dance party in style with this DIY felt headband craft inspired by Queen Poppy!

Be sure to grab your own copy of Trolls World Tour on Digital today or on Blu-ray and DVD on July 7th!