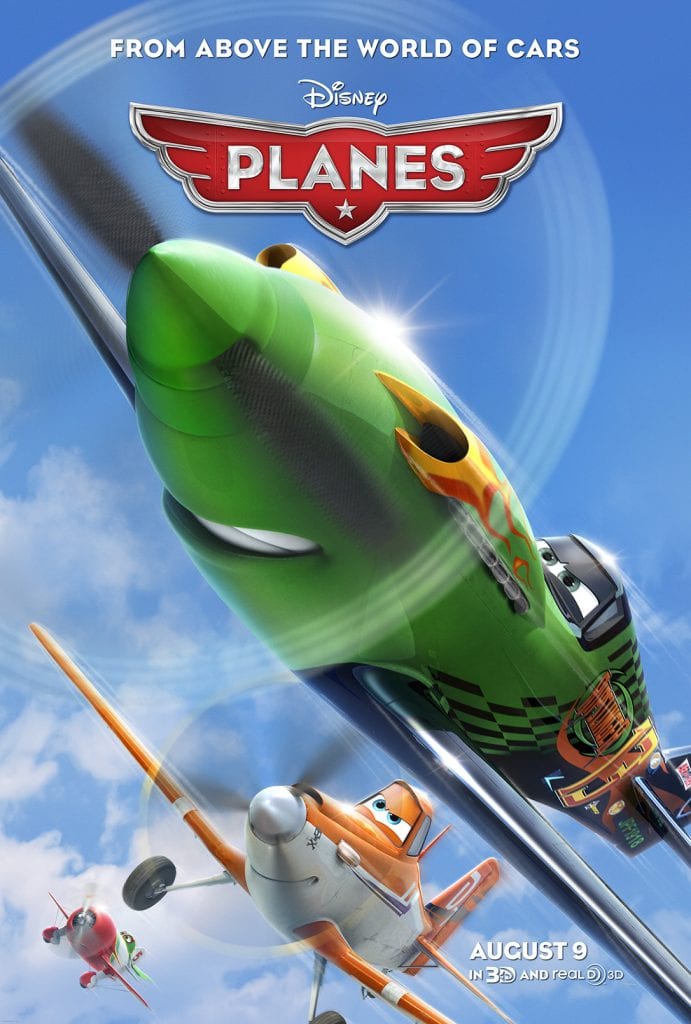 I first head about PLANES a few years back when I attended a Disney Bloggers trip in LA.  I knew then and there that my son would be all over this.  Sure enough, he loves planes.  In fact, we have been making jets, and spaceships and airplanes out of Legos this entire Spring Break.  I am so excited to bring him to this movie.  In fact, it will probably be his first venture into a movie theater.  Disney just released their full voice cast and I just had to share it with you.

Inspired by the world of “Cars” and directed by Disneytoon Studios veteran and aviation enthusiast Klay Hall (“King of the Hill,” “The Simpsons”), “Disney’s Planes” is an action-packed 3D animated comedy adventure about Dusty’s dream of competing as a high-flying air racer—and his decidedly unfortunate fear of heights. The film takes off in theaters in 3D on Aug. 9, 2013.

Be sure to follow along as the countdown begins!