Home » The Next Era in the Marvel Cinematic Universe: Doctor Strange 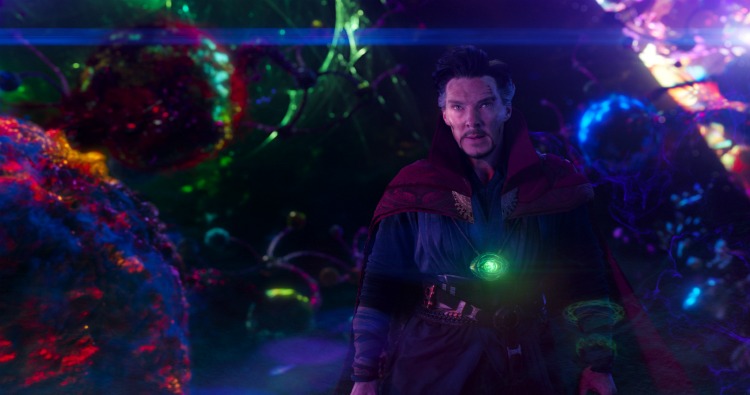 I’m excited to share my thoughts with you about the film today. I admit, I haven’t seen very many of the Marvel movies.  In fact, I’ve seen like three of them.  I was a little worried about not knowing a lot about the whole Marvel Universe when I went to go see Doctor Strange but I didn’t need to worry.  Doctor Strange is an origin movie so seeing all of the previous Marvel movies wasn’t necessary.

The story starts out with Doctor Stephen Strange (played by Benedict Cumberbatch) as a brilliant and egotistical surgeon that is living the high life.  He is highly respected by his peers, lives in an expensive loft with floor to ceiling windows, drives an exotic sports car and makes bundles of money.  He is egotistical but doesn’t seem to connect well with his colleagues except for fellow doctor Christine Palmer (Rachel McAdams).

Everything is going well for Doctor Strange until a horrible accident takes away his ability to perform surgery.  His hands were his means of his lifestyle and he is an incomplete man without them.  After trying traditional ineffective methods to repair his hands, his desperation brings him to a far off land to try something new.  It is here that he meets the mysterious Ancient One (Tilda Swinton) and is introduced to new world(s) and power that he never knew existed. 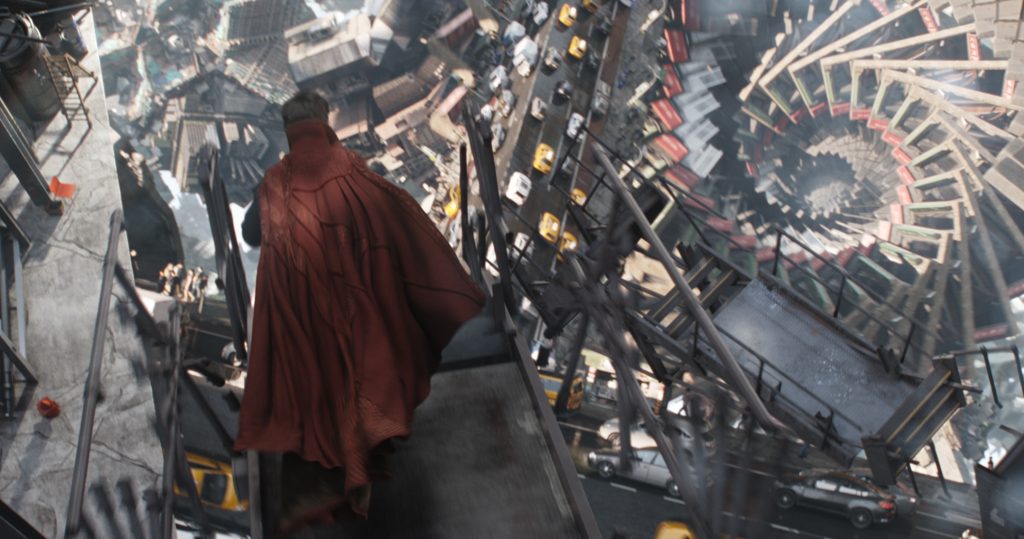 During his studies of the mystic world, he learns of Kaecilius (Mads Mikkelsen), an ex-pupil of The Ancient One who is trying to reunite with his dead wife by any means possible including the destruction of earth. Doctor Strange joins The Ancient One to try to defeat Kaecilius.

I’m not going to be giving anyone any spoilers because this is a movie you NEED to see in the theater.  I will say that I am now a HUGE Marvel fan.  This movie was so well done that it was impossible not to be impressed.  It was funny, yet it touched on some very important subject matter that will resonate with both young and older generations.  The movie gave a couple hints into how Doctor Strange fits in with The Avengers (remember to stay until after the credits) and it got me excited to see some of the other films that I have missed.

The casting in this movie was superb.  Cumberbatch, Swinton and Mikkelsen were brilliant in their respective roles.  I felt myself at the edge of my seat every time they said a line.  Tilda Swinton especially nailed her role as the Ancient One.  When she talked I sat up straighter wanting to hear every word.  She played the part of a mentor very well. 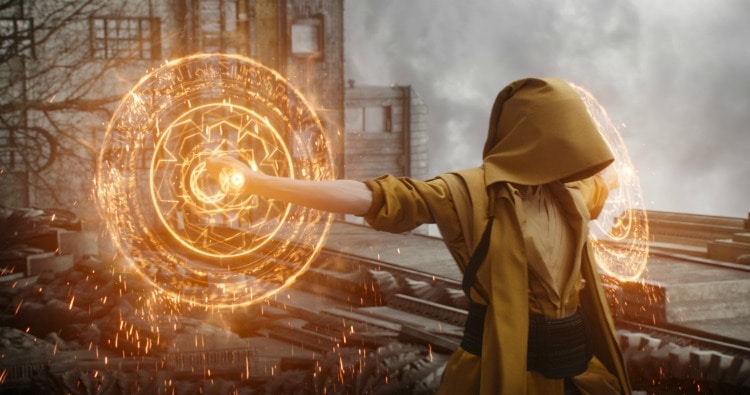 Another highlight of the movie is the brilliant visual effects. Director Scott Derrickson really delivered with his ability to show us the mind bending world that Dr. Strange is introduced to.  I have never seen a movie like it. It was amazing how well he combined these amazing effects with the actor’s movements to make them not only believable but look simple and easy.  I never thought in my head, there is no way that could really happen.  I was transported into this world an believed every single minute of the ride.  That is a very difficult thing to do with this type of mystical movie.  I have seen special effects in the past that looked so unbelievable that I didn’t buy into the film.  This one makes me a believer.

Here is a new clip Marvel just released to give you a look at some of those special effects I was talking about:

Stay tuned next week for one more exclusive interview from the cast and crew of Doctor Strange. If you missed them be sure to check out my interviews with Benedict Cumberbatch, Rachel McAdams,  Tilda Swinton, Director Scott Derrikson and Mads Mikkelsen.