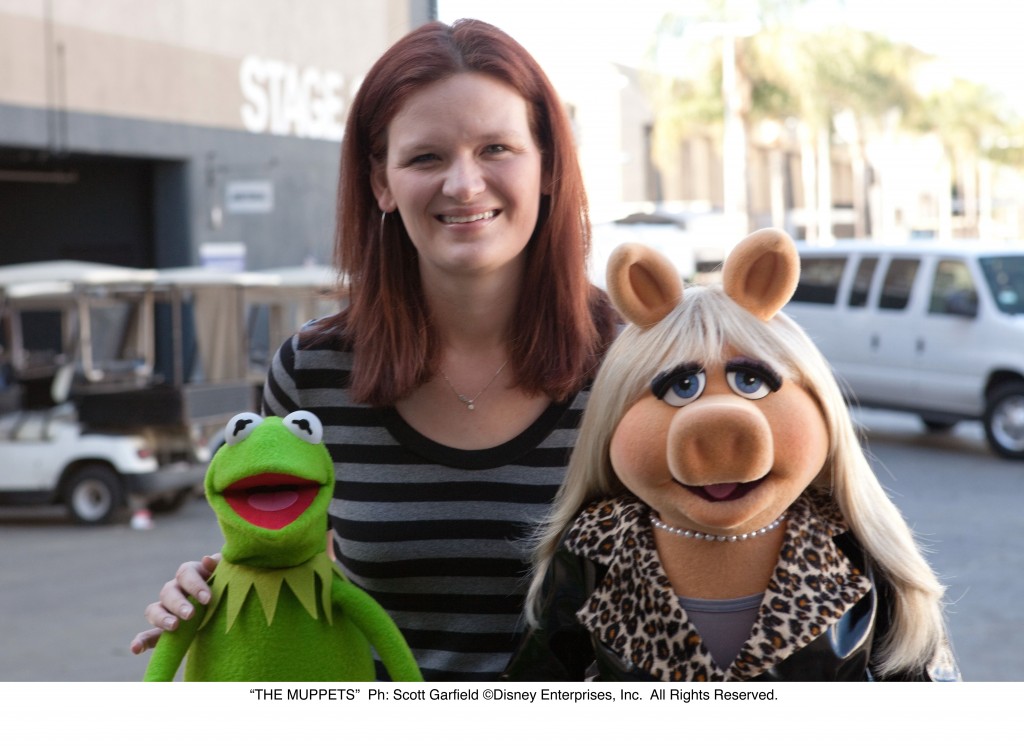 My trip to LA in January was amazing.  From meeting Elton John to walking the red carpet the trip was packed with amazing opportunities.  One of those experiences I wasn’t able to talk about until today!  On the last day we were in LA we were able to visit a movie set and watch a scene as it was being filmed.  The movie?  Well, it was none other than Disney’s The Muppets!  I remember watching the Muppet movies with my family when I was a kid, and now TJ will have a new movie to create his own Muppet memories.  I am so excited for the film to come out this November.

Our experience began by visiting the set of The Muppets.  It was being filmed at the Universal Studios lot in Hollywood.  When we entered the sound stage, we were greeted by a lot of the cast and crew (and a large television that was showing the NFL playoffs) and several of the Muppets themselves.  We were introduced to the newest Muppet, Walter (the world’s biggest Muppet fan) and reacquainted with some of our favorite Muppets.   We were taken to the set where the actors were filming a scene of the movie.  We were able to watch the scene being filmed on a television feet away from the actors.  It was amazing to see these amazing actors holding up their Muppet while standing in a pit and also voicing them at the same time.  They rehearsed a couple of times and then they filmed the scene at least 20 times, probably more.

During our time on set, we were able to meet Kermit and Miss Piggy and get our pictures taken with them.  Steve Whitmire has been the actor behind Kermit since Jim Henson’s death in 1990. Eric Jacobson is the voice behind the pig.  He has been voicing Miss Piggy since 2000.  They were so gracious to take time to have our pictures taken with Kermit and Miss Piggy (they had to litterally sit in the middle of the parking lot to hold up the Muppets).

Here are some pictures from the set and a little bit more about the upcoming movie: 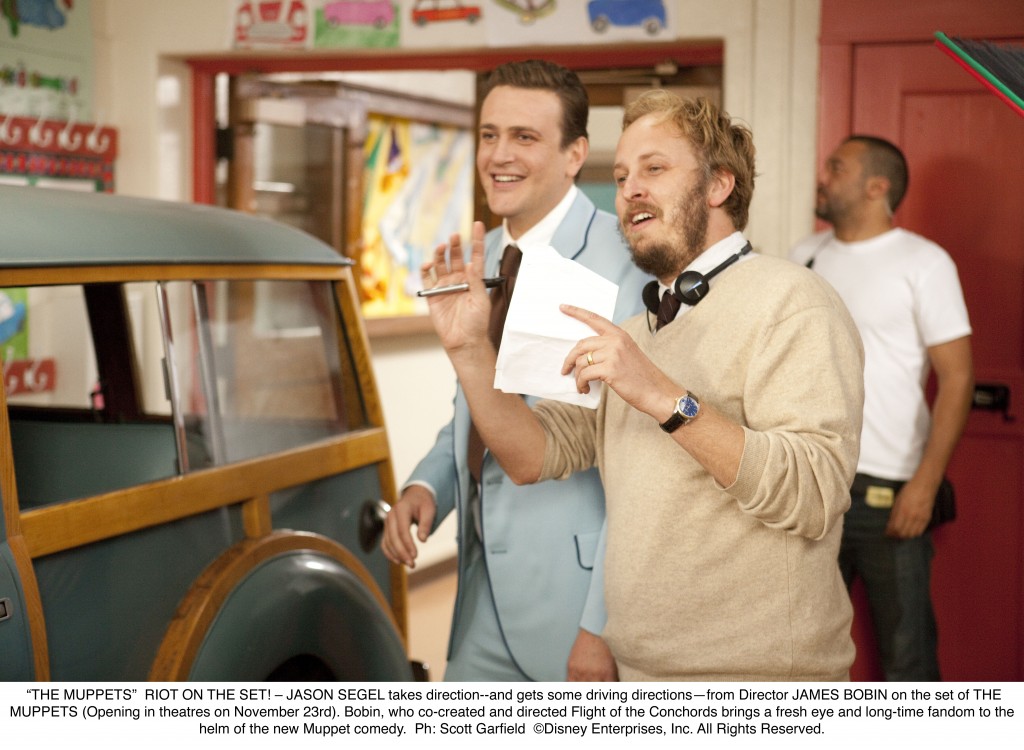 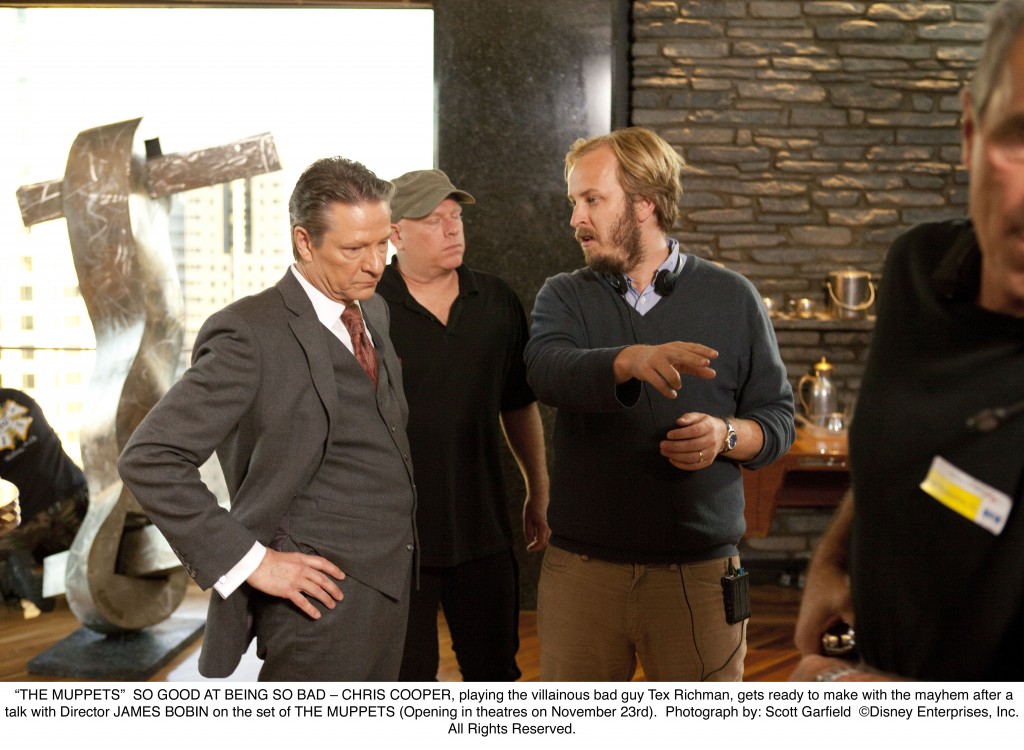 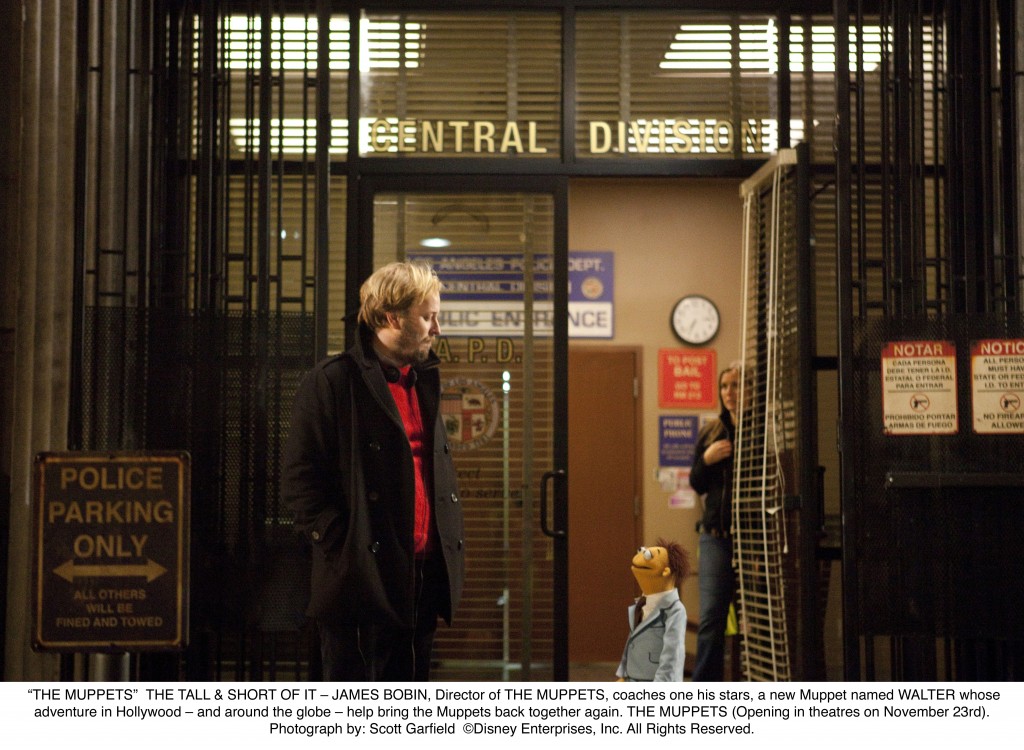 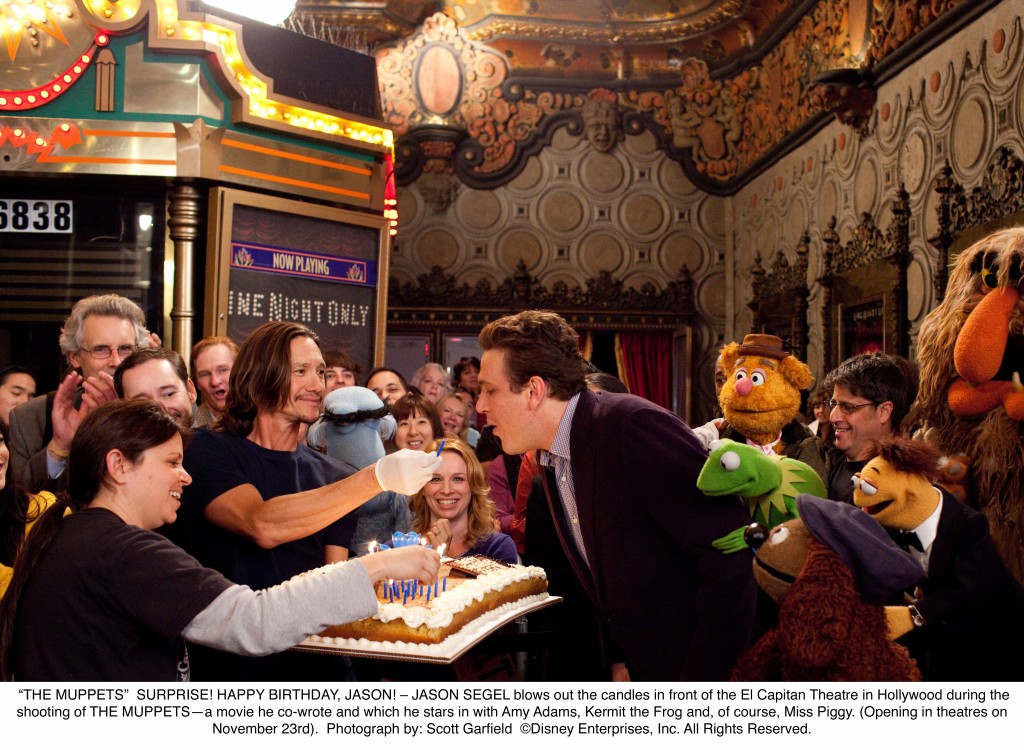 On vacation in Los Angeles, Walter, the world’s biggest Muppet fan, and his friends Gary (Jason Segel) and Mary (Amy Adams) from Smalltown, USA, discover the nefarious plan of oilman Tex Richman (Chris Cooper) to raze the Muppet Theater and drill for the oil recently discovered beneath the Muppets’ former stomping grounds. To stage The Greatest Muppet Telethon Ever and raise the $10 million needed to save the theater, Walter, Mary and Gary help Kermit reunite the Muppets, who have all gone their separate ways: Fozzie now performs with a Reno casino tribute band called the Moopets, Miss Piggy is a plus-size fashion editor at Vogue Paris, Animal is in a Santa Barbara clinic for anger management, and Gonzo is a high-powered plumbing magnate. With secret, signature, celebrity cameos, “The Muppets” hits the big screen Nov. 23, 2011.

Check out a sneak peak!

A huge thank you goes out to Disney who provided all accommodations and airfare for the weekend. While this was sponsored by Disney, all opinions are 100% mine!