Product provided for purposes of this post.  All opinions are mine 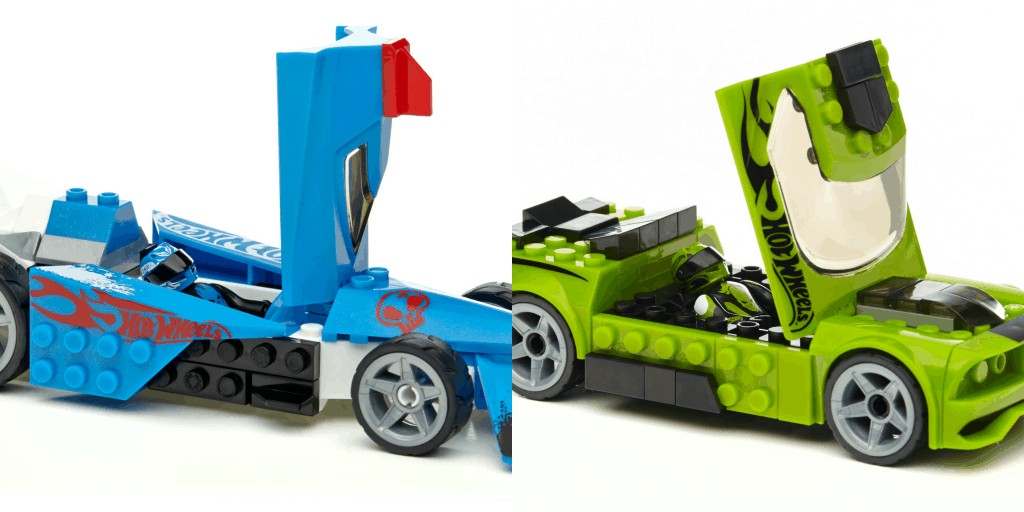 My son is at that stage where he is obsessed with race cars.  In fact, he informs me that he is going to be a NASCAR driver when he grows up.  He also loves to create race cars using his blocks.  When we were asked to try out the Mega Bloks Hot Wheels™ build-able play sets we jumped at the chance. 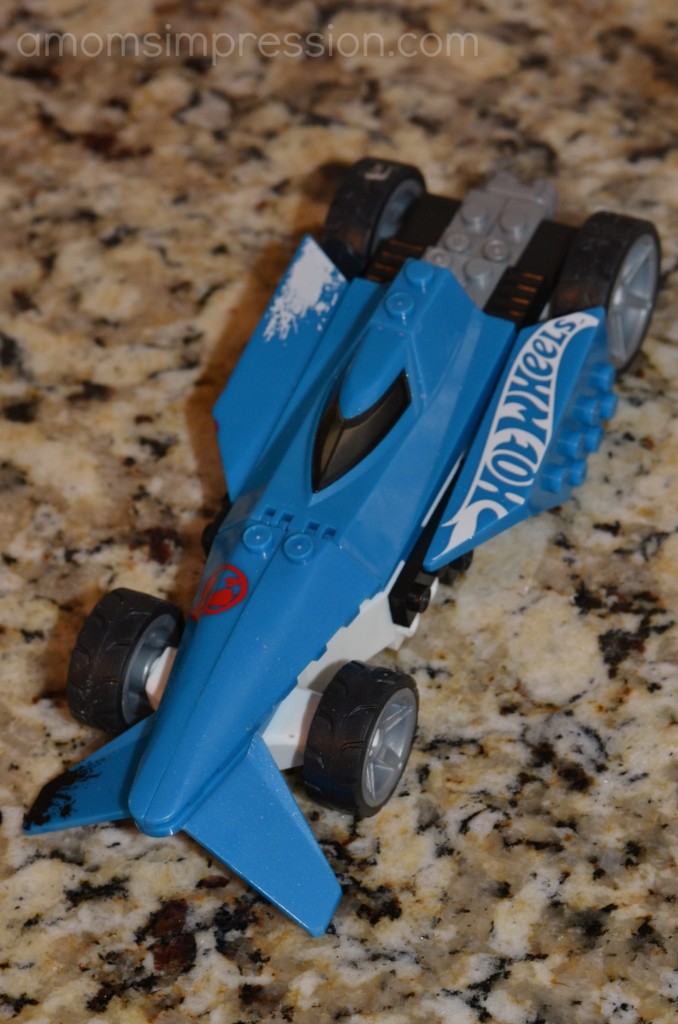 Slash through the lane, carve up the competition and claim the checkered flag with Bad to the Blade™ from Mega BloksHot Wheels™. Build the sleek roadster, set your Team Blue micro action figure into the driver’s seat and cut your way through the pack as you control the race from start to finish. Customize Bad to the Blade™ with other Mega Bloks Hot Wheels™ parts to make it even more of a threat and sweep the pole position for the trophy! 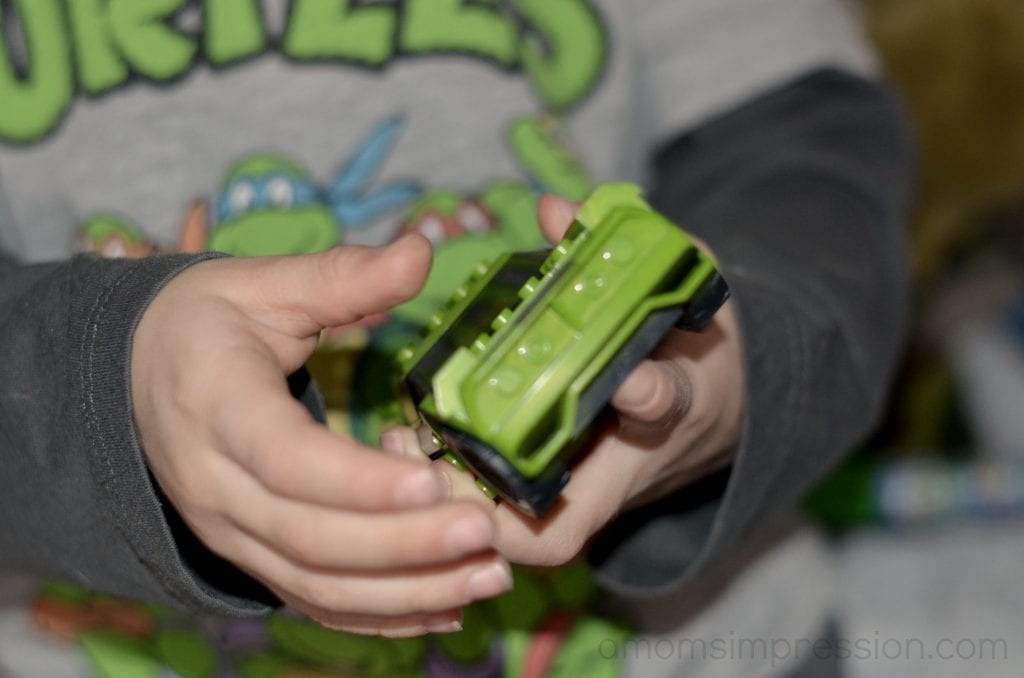 Trample the competition with your powerful predator of the track with Fast Fish™ from Mega Bloks Hot Wheels™. Build the massive muscle car, set your Team Green micro action figure into the driver’s seat and slash through the pack as you make a mad dash to the finish line. Customize Fast Fish™ with other Mega Bloks Hot Wheels™ parts to make it even more of a threat and zoom past opponents on your way to victory! 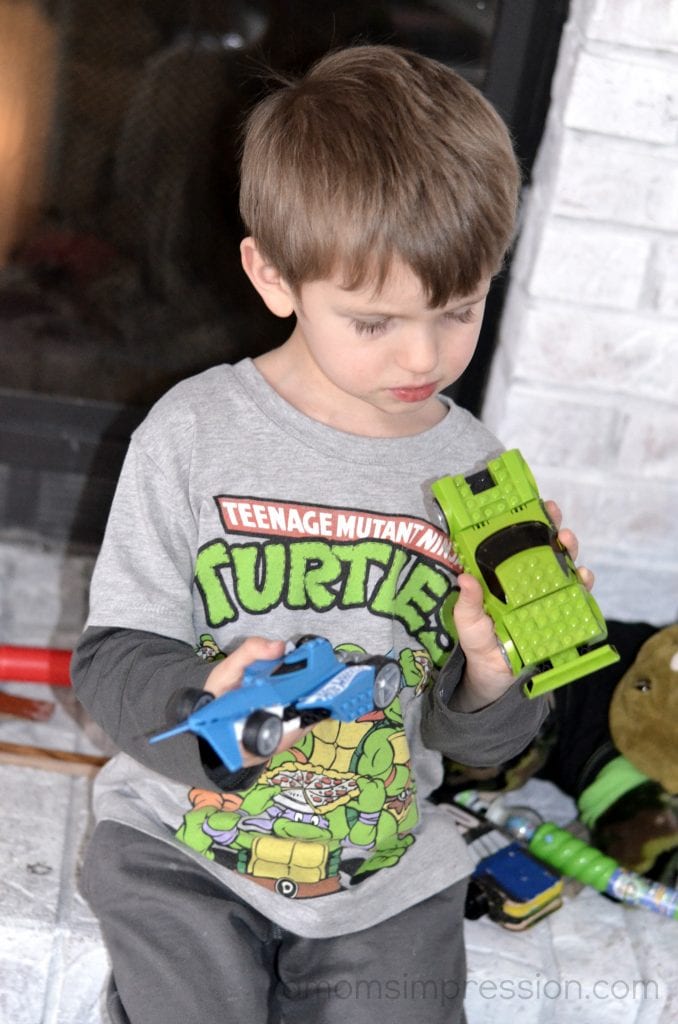 The Mega Bloks Hot Wheels sets were a little difficult for my son to complete on his own.  Being four years old, he needed his dad’s help to put them together the first time.  They had a great time working on the sets together.  After the first time, Jonah was able to take them apart and put them back together on his own.  His favorite part about the sets are the micro action figures that come with the cars.  He has had a blast mixing and combining the two sets into new cars.

The  Mega Bloks Hot Wheels™ buildable speedsters would be a perfect addition to any little one’s Easter baskets or as a fun activity to build problem solving skills.  We love them and know that your little racer would love them too!

Giveaway open to US addresses only