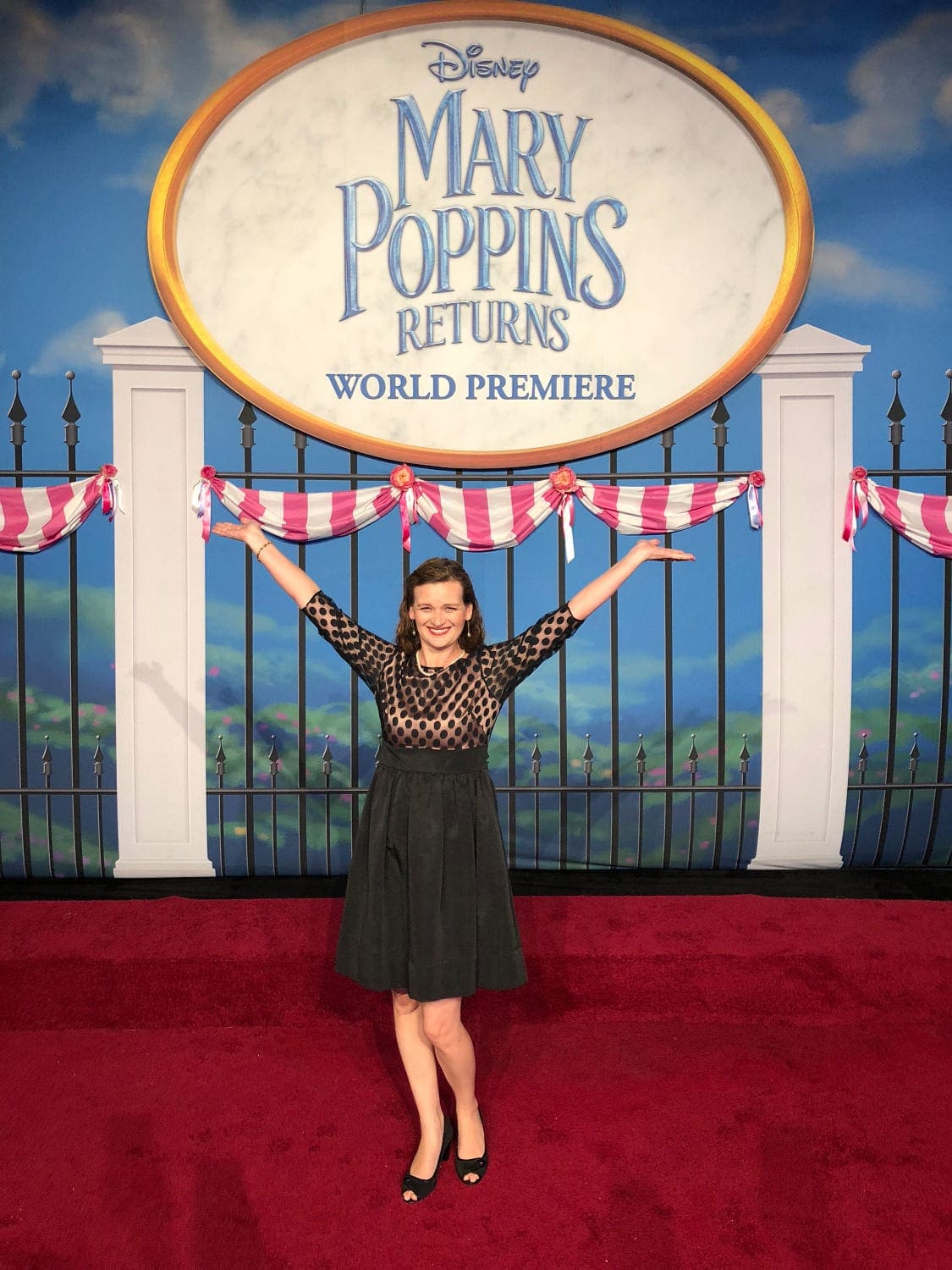 A huge thank you to Disney for inviting me to the world premiere of Mary Poppins Returns and flying me out to LA.  All opinions are 100% mine. 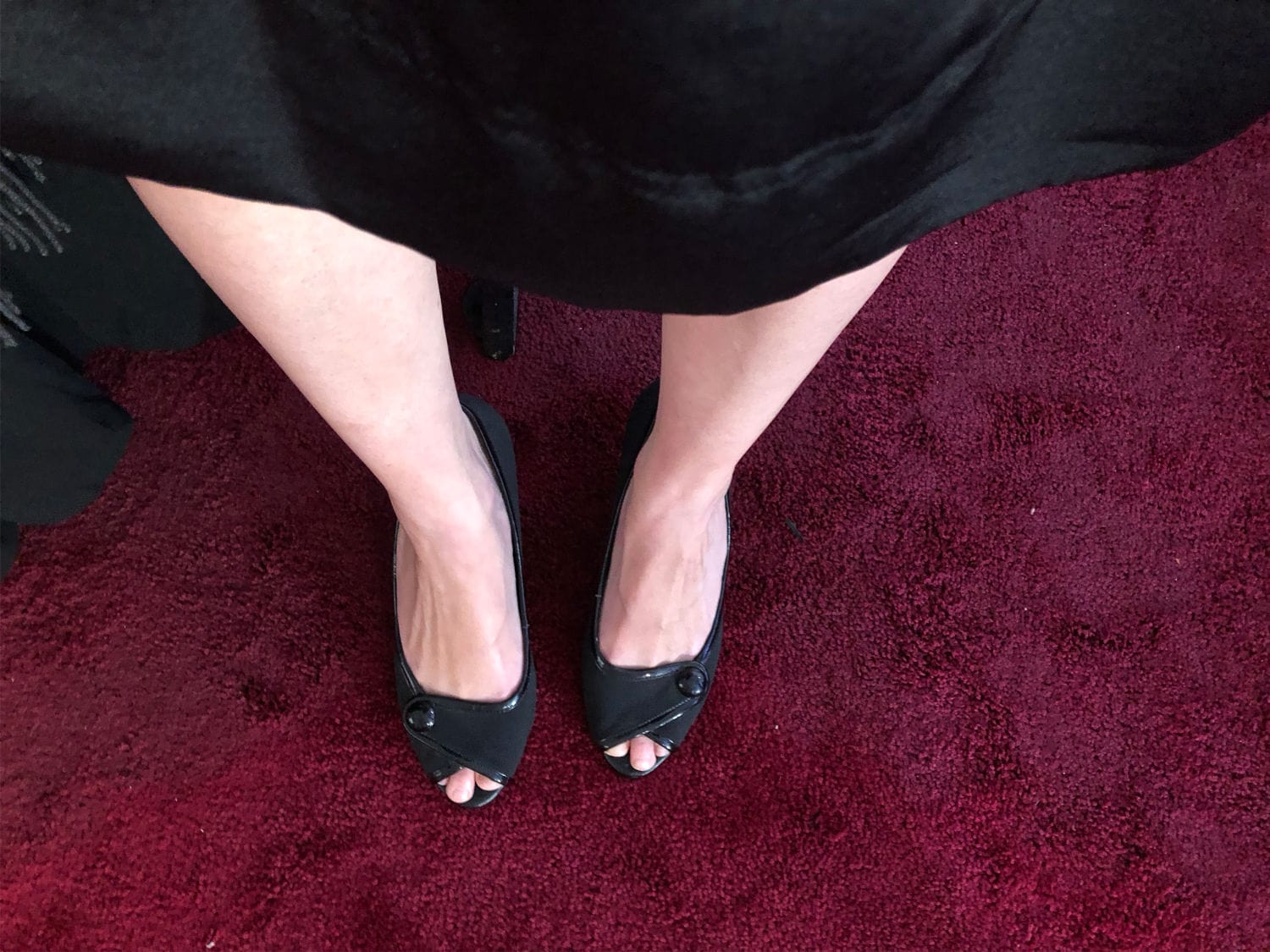 I never get tired of the Disney magic!  It was raining during the premiere but Disney was prepared. They constructed a tent right in the middle of Hollywood Blvd and inside was none other than Cherry Tree Lane itself! 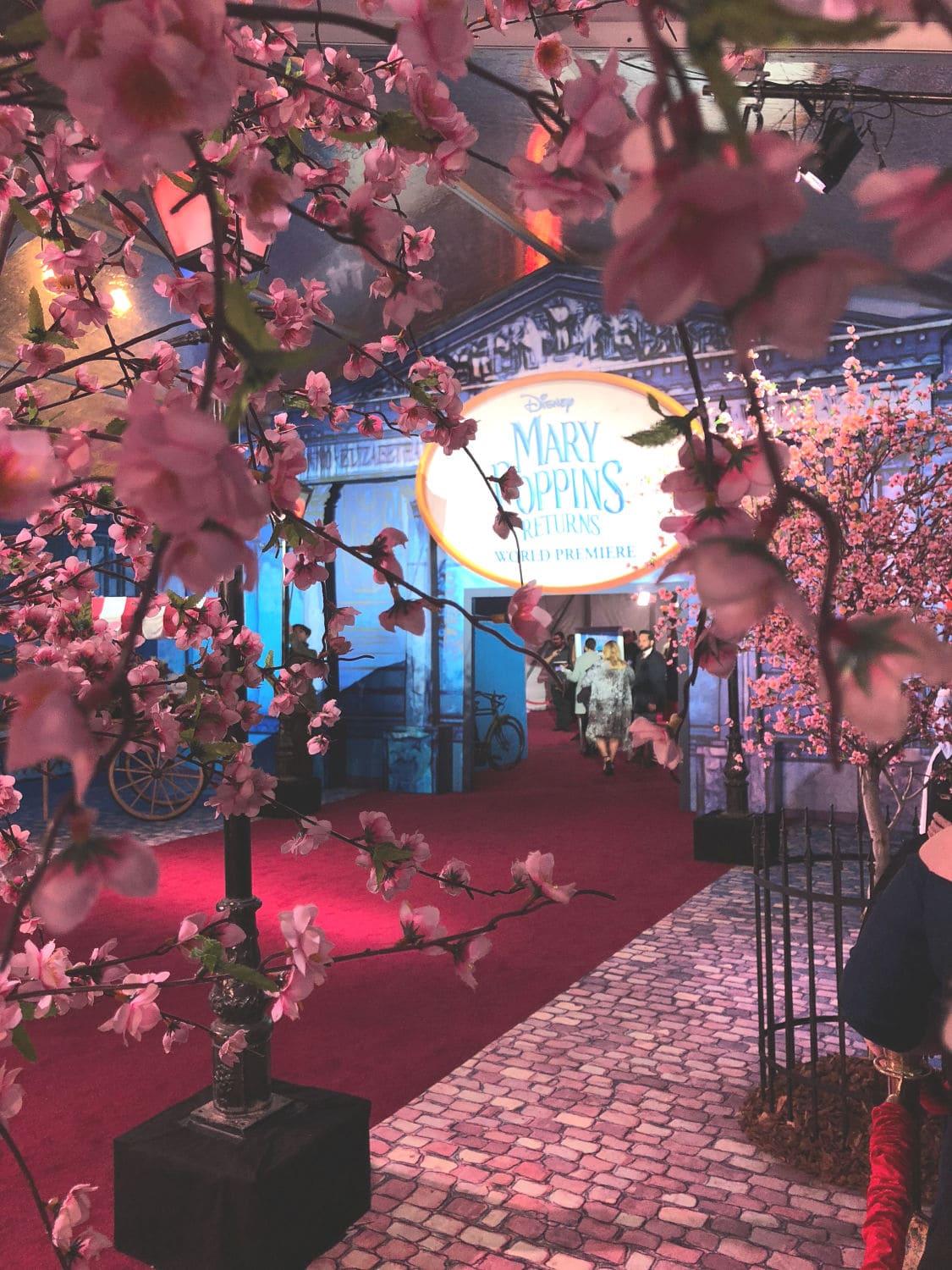 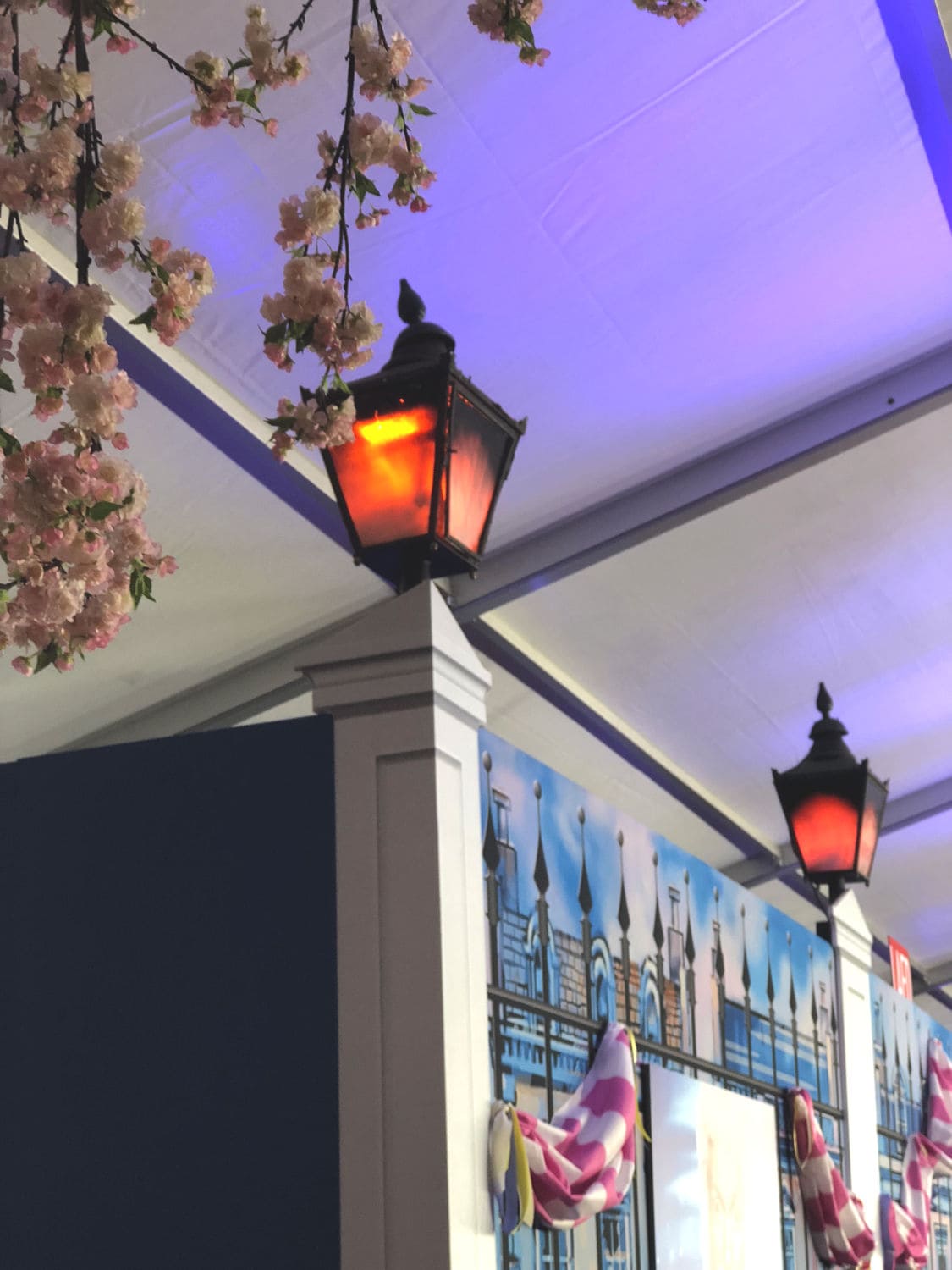 There were Cherry blossoms, balloons,  and lanterns.  It literately looked like you were stepping into the movie during the closing fair scene! 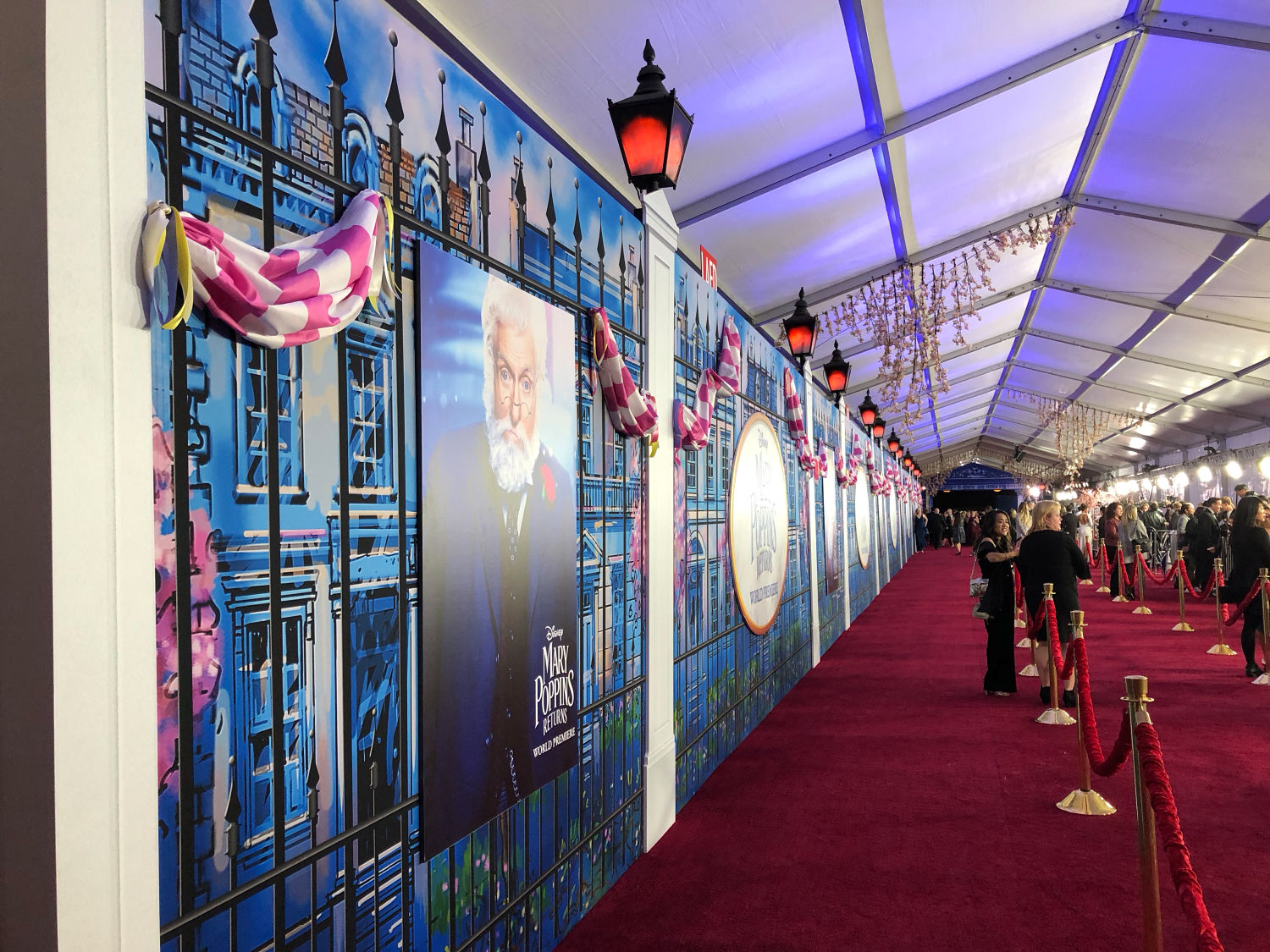 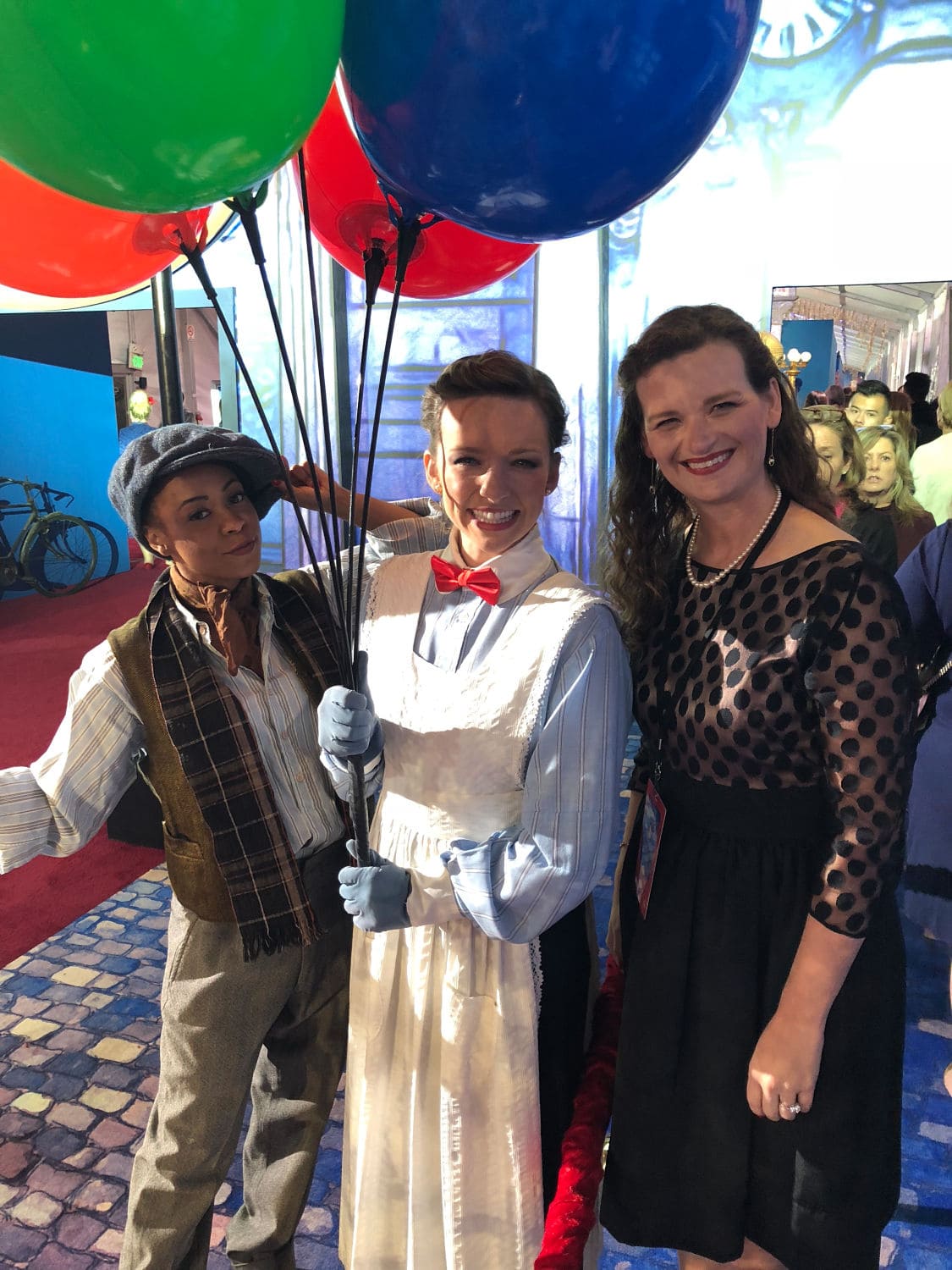 It was everything I never knew I wanted out of a red carpet experience. 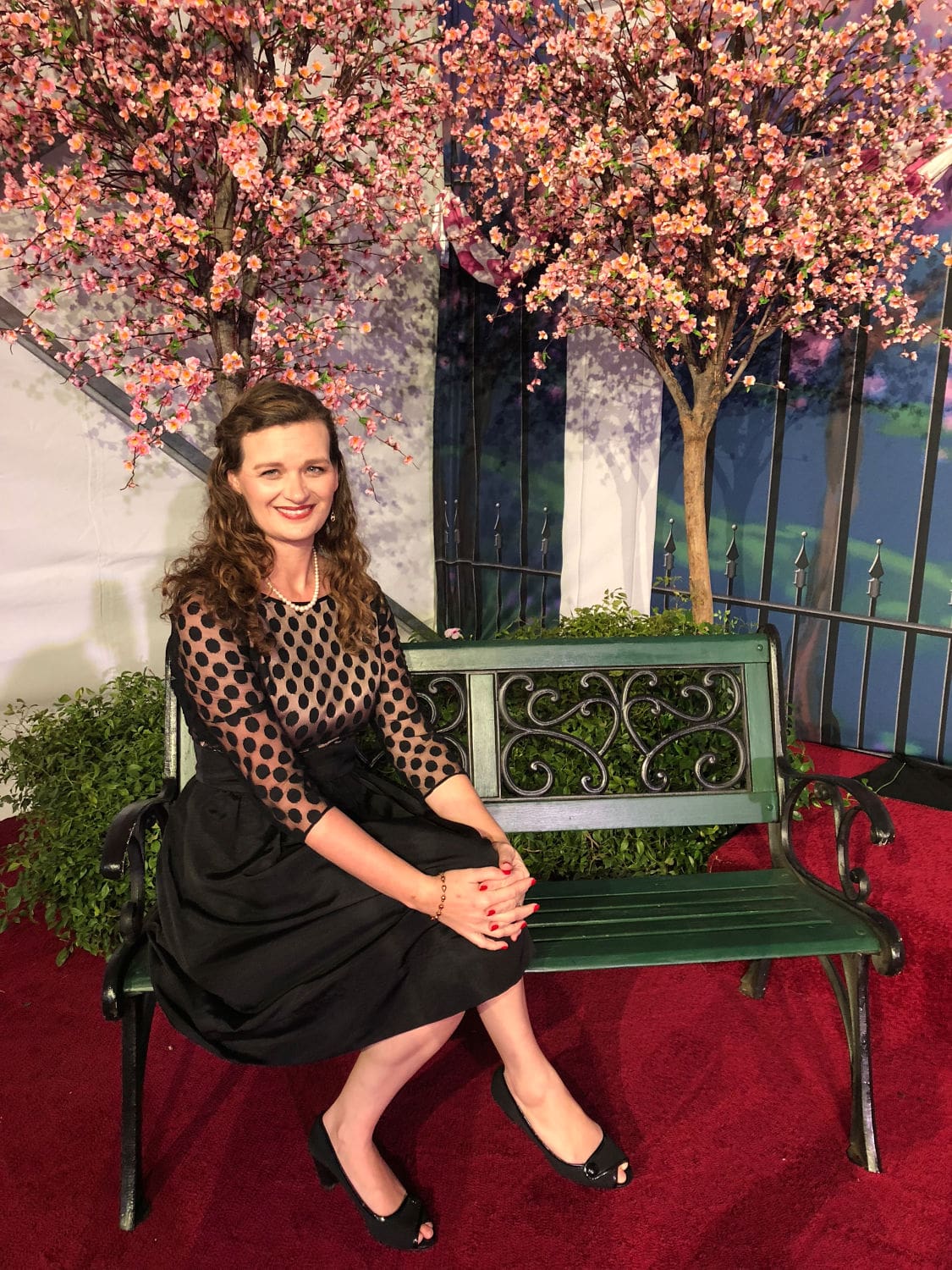 The cast and crew were all there to experience the world premiere along with other celebrities and their families. 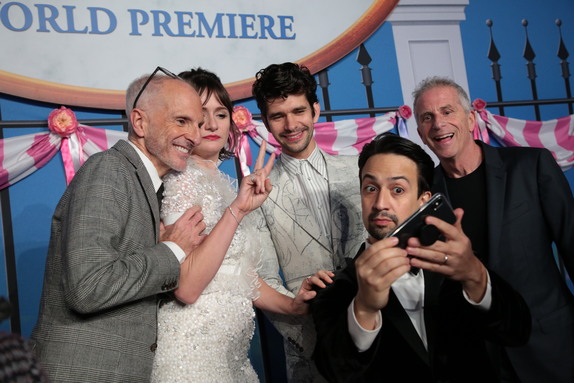 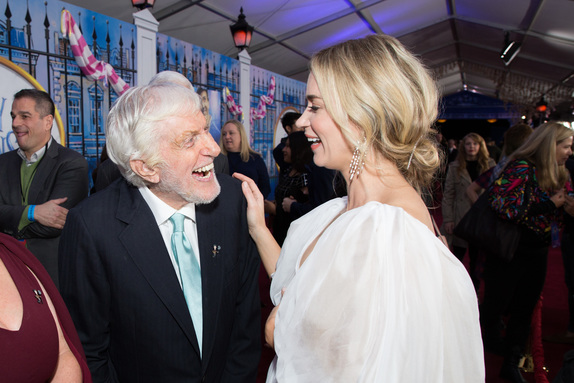 After our experience walking the red carpet, we headed up the stairs to the Dolby Theatre. 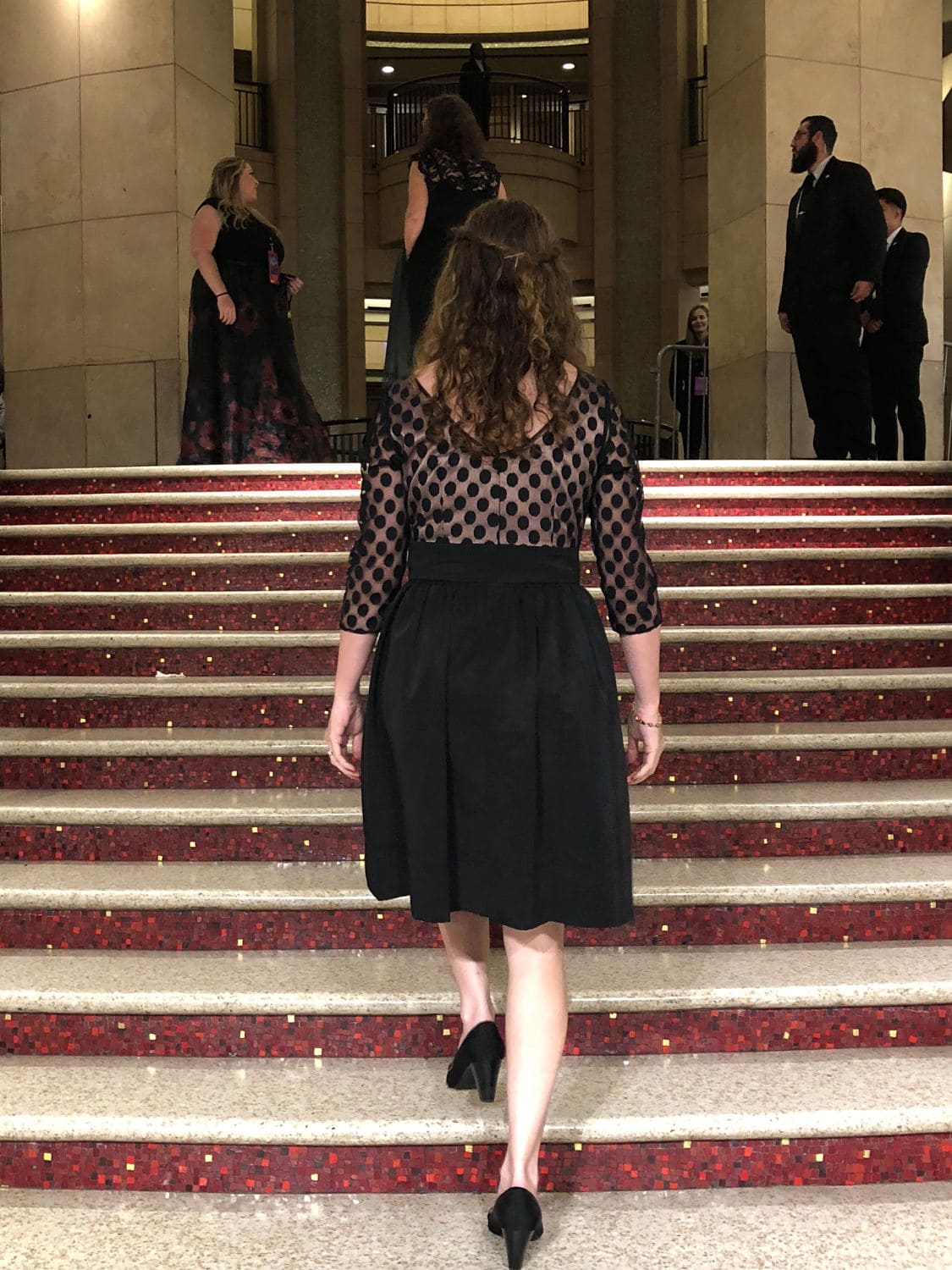 This is the iconic theatre where the Oscars are held every year. Walking the steps up to the theatre is an amazing experience. There are people lined up trying to get a glimpse of a celebrity, it made you feel glamorous even though they aren’t there for you. 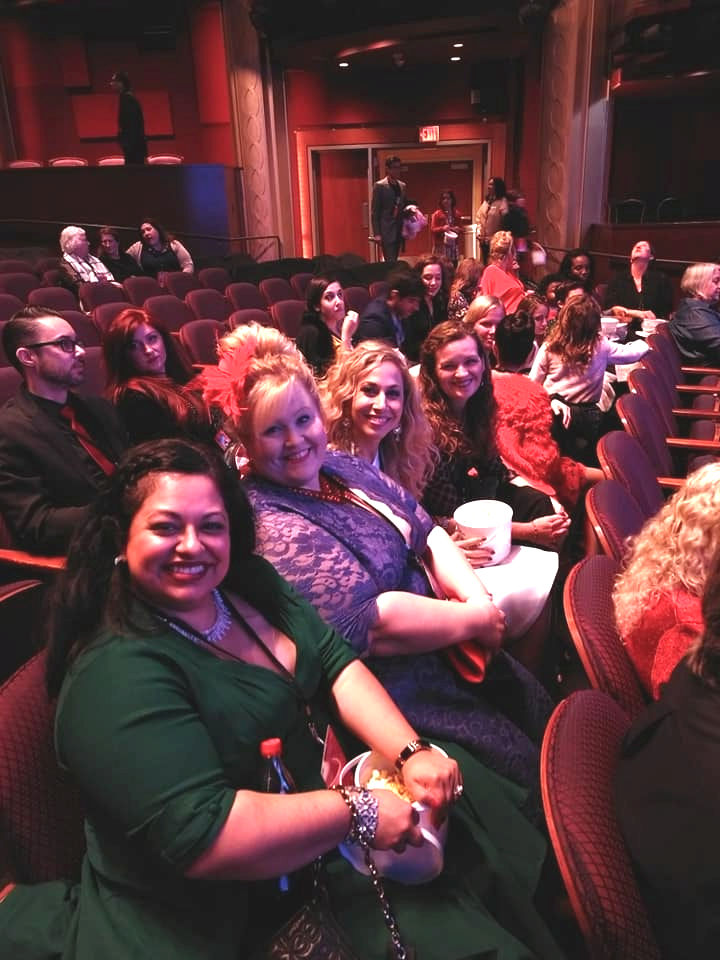 I found my seat (very close to the screen) and realized that a lot of famous people probably sat there at the Academy Awards waiting to see if they won an Oscar. It was pretty surreal.

One of my favorite parts of the premiere screening was the standing ovation everyone in the room gave Dick Van Dyke when he walked into the theatre right before the screening started. It was pretty amazing! 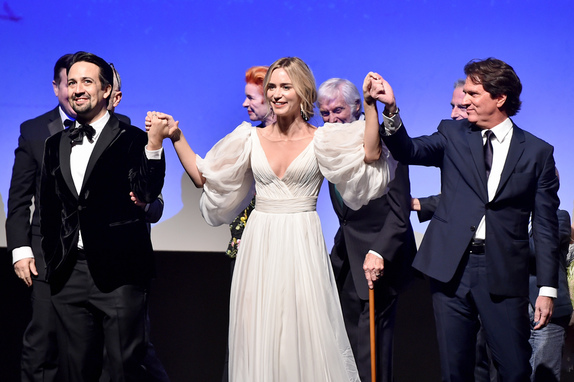 After we saw the film (full review coming next week) the entire cast and crew went on stage.  We were so close to the stage that we were able to see all of their reaction to the crowd’s enthusiasm for the film. It is a moment that I will never forget.

After the premiere, we headed upstairs to the after party. It was as magical and whimsical as the movie was. 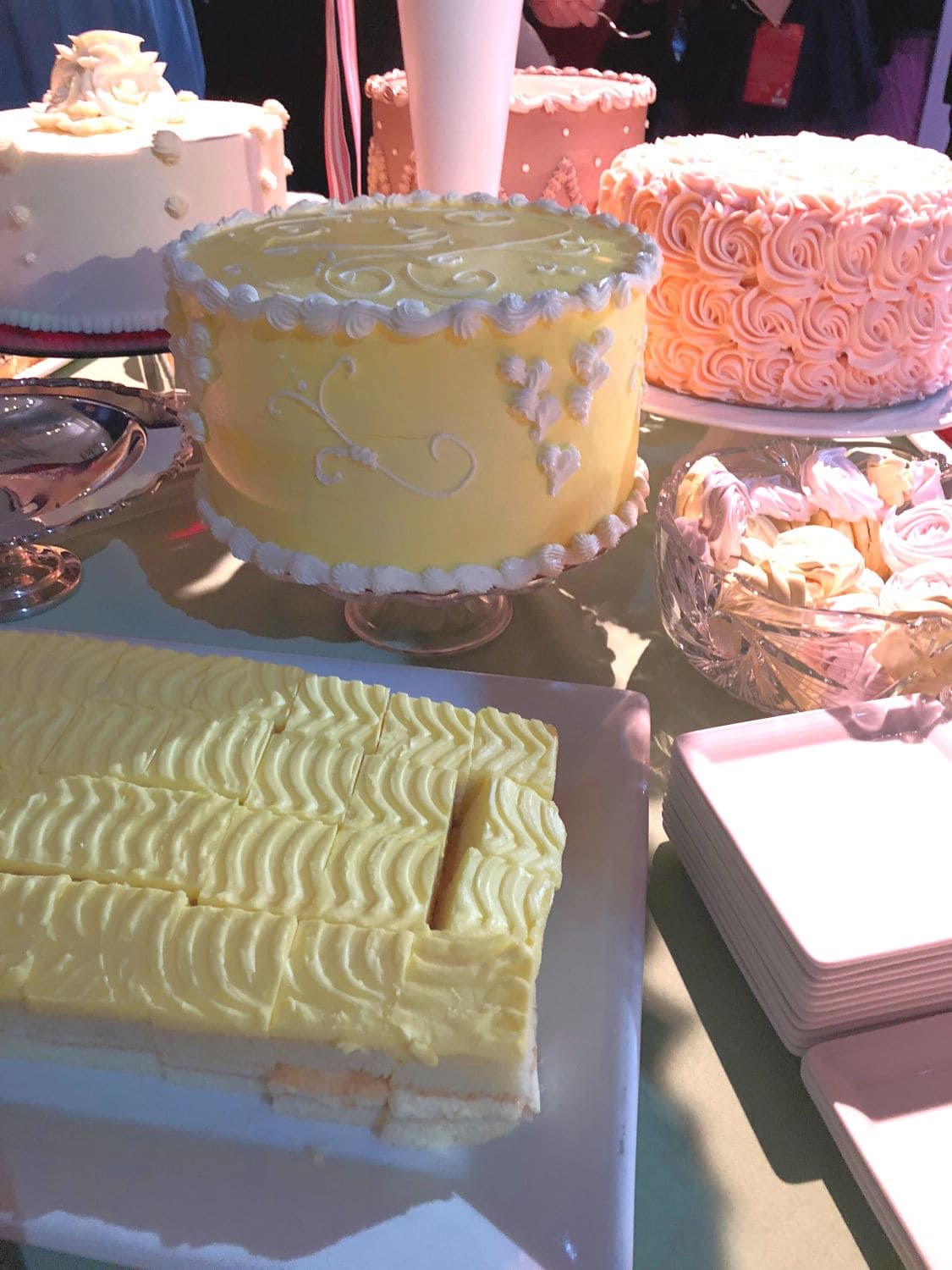 There was a ton of activities for everyone to do like a penguin ring toss, photo opportunities, having your caricature drawn, learn how to make animal balloons, and lots and lots of food! 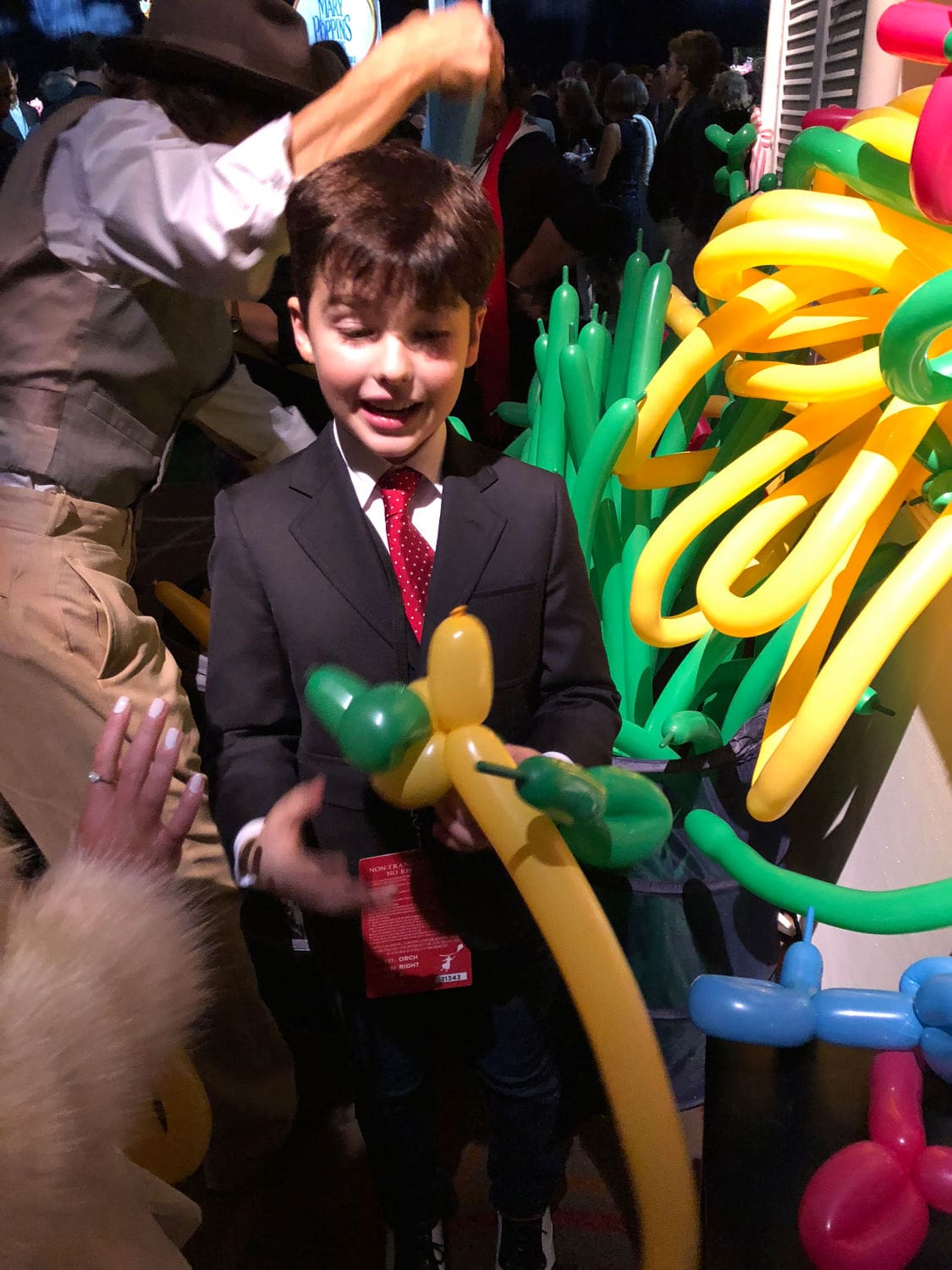 One of my most unforgettable moments of the evening happened at the balloon stand. Truth time, I have a little phobia of balloons, I like them, but from a distance.  I HATE loud noises so the thought of making a balloon animal kinda scared me.  When the balloon maker asked if I wanted to learn how to make a dog balloon I politely declined, but she was persistent.

There was a young gentleman there who laughed at me and encouraged me to try, he said he would help me.  This young actor actually stood in line to get onto the red carpet right behind me.  Iain Armitage plays Sheldon on the show Young Sheldon, and he is quirky and fun just like you might imagine him to be. He thought it was funny that I was so spooked, but he kept encouraging me and telling me I could do it.

His efforts helped me achieve this balloon, of which I am pretty proud! 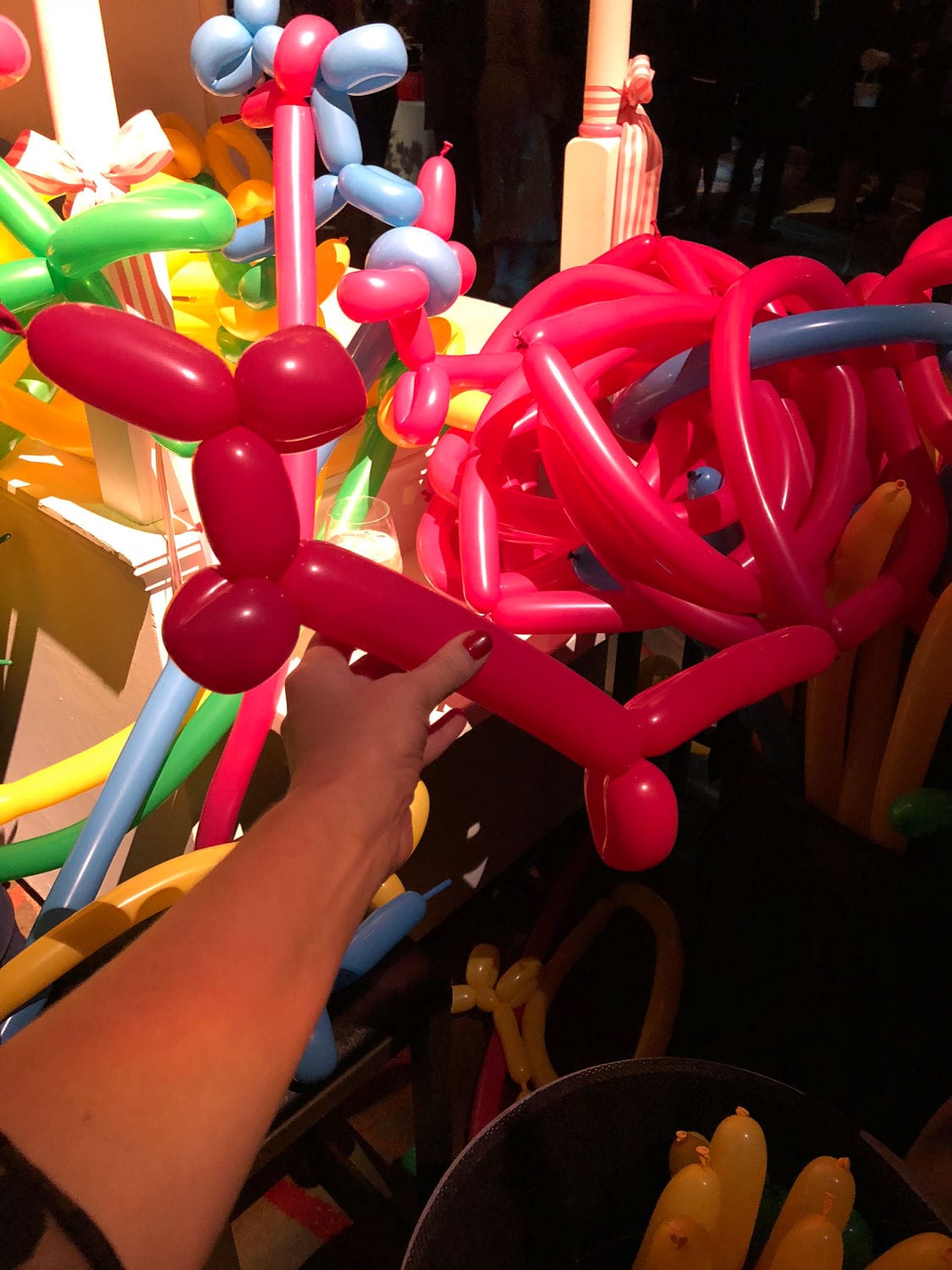 The adventures didn’t end there. There was a photo opp available that we were able to do earlier in the day at the press junket.

I also had my caricature drawn! I can see the resemblance, can you? 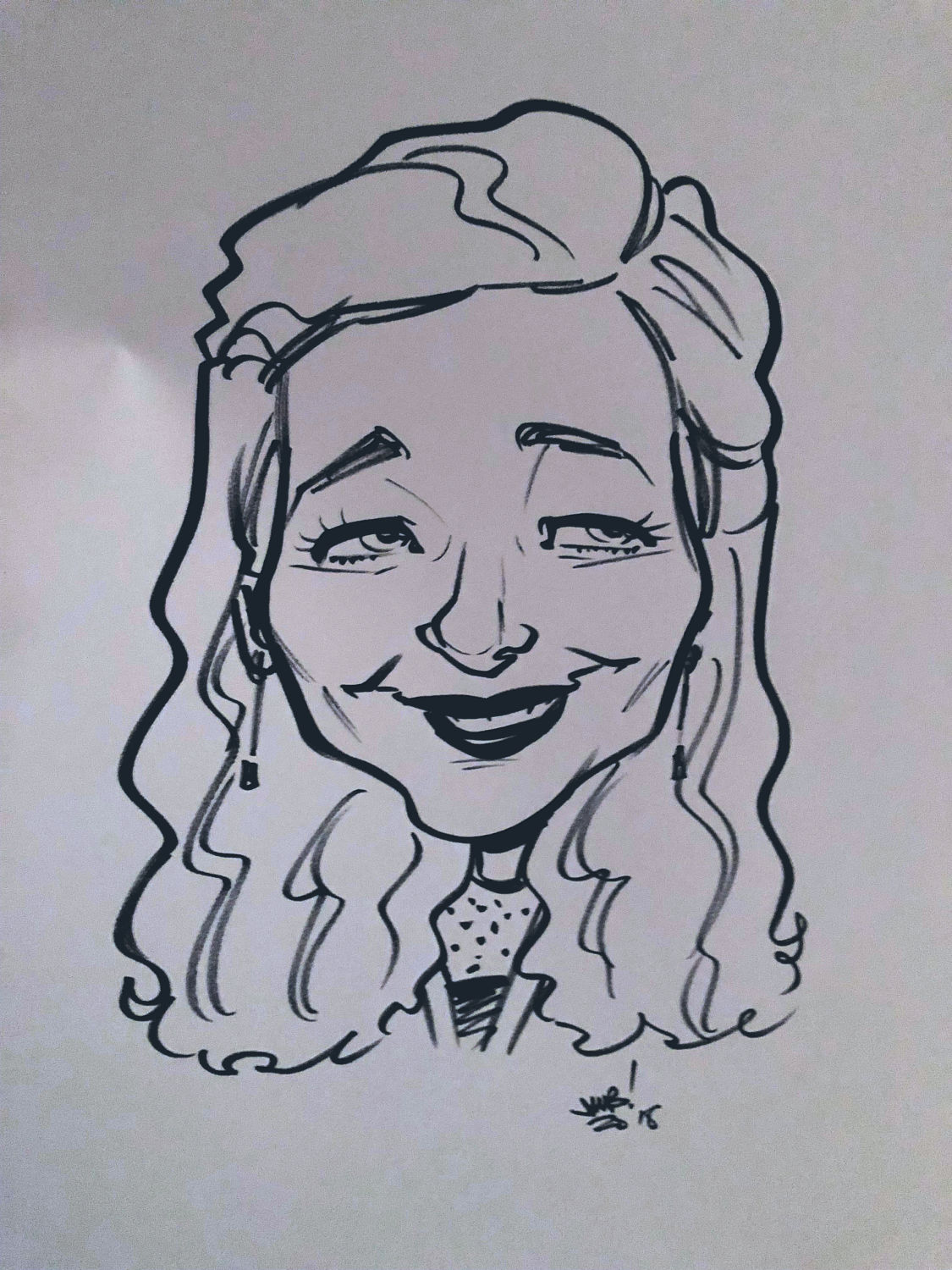 In addition to all the activities, we had some amazing food and desserts. There was even a cotton candy stand! I was pretty full by the end of the night. 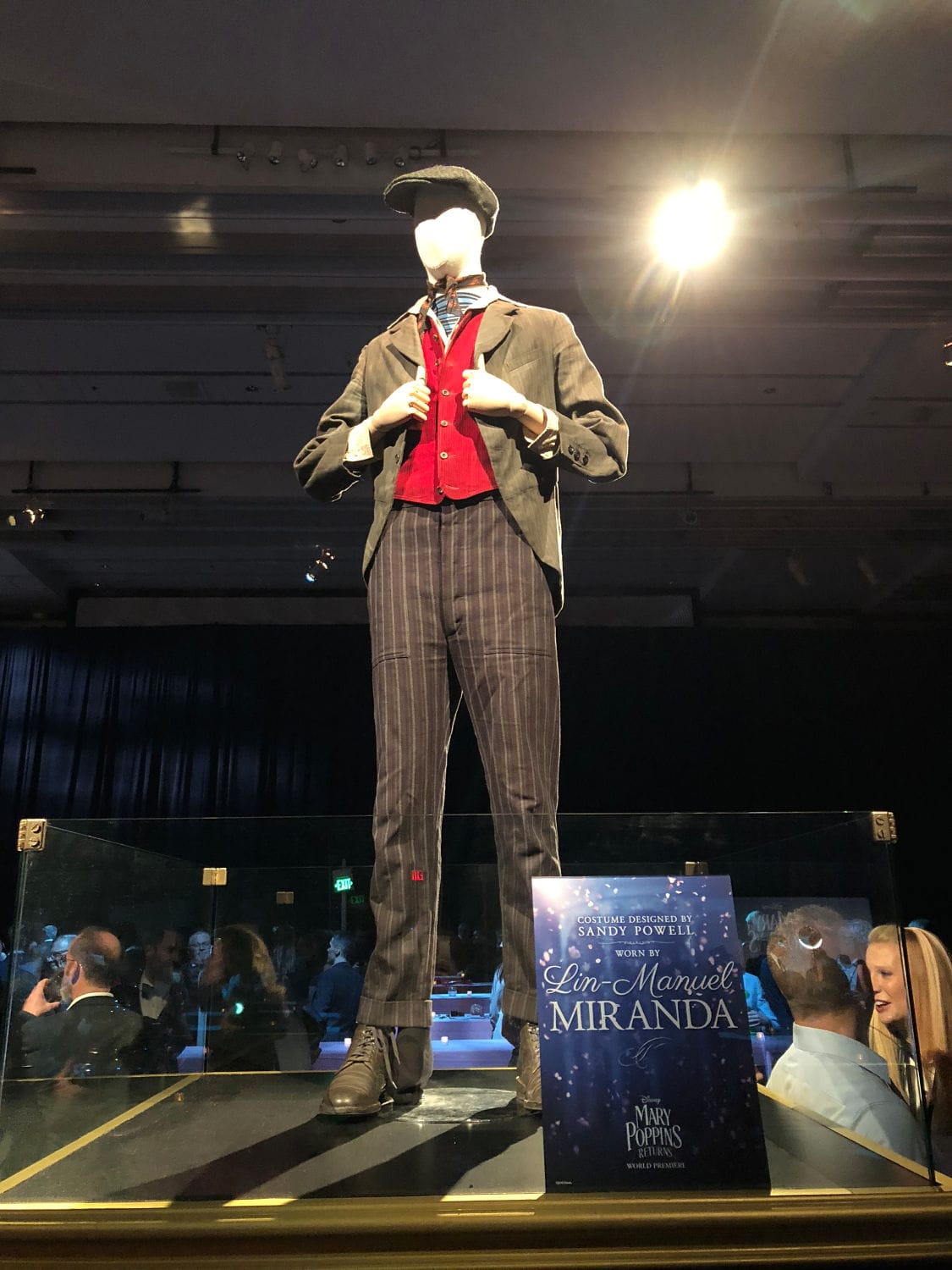 The decorations continued the look of the fair scene at the end of the movie with balloons and streamers everywhere.  Also, there were the amazing costumes that Costume designer Sandy Powell created for the movie on display. I was so excited to see these amazing creations up close. 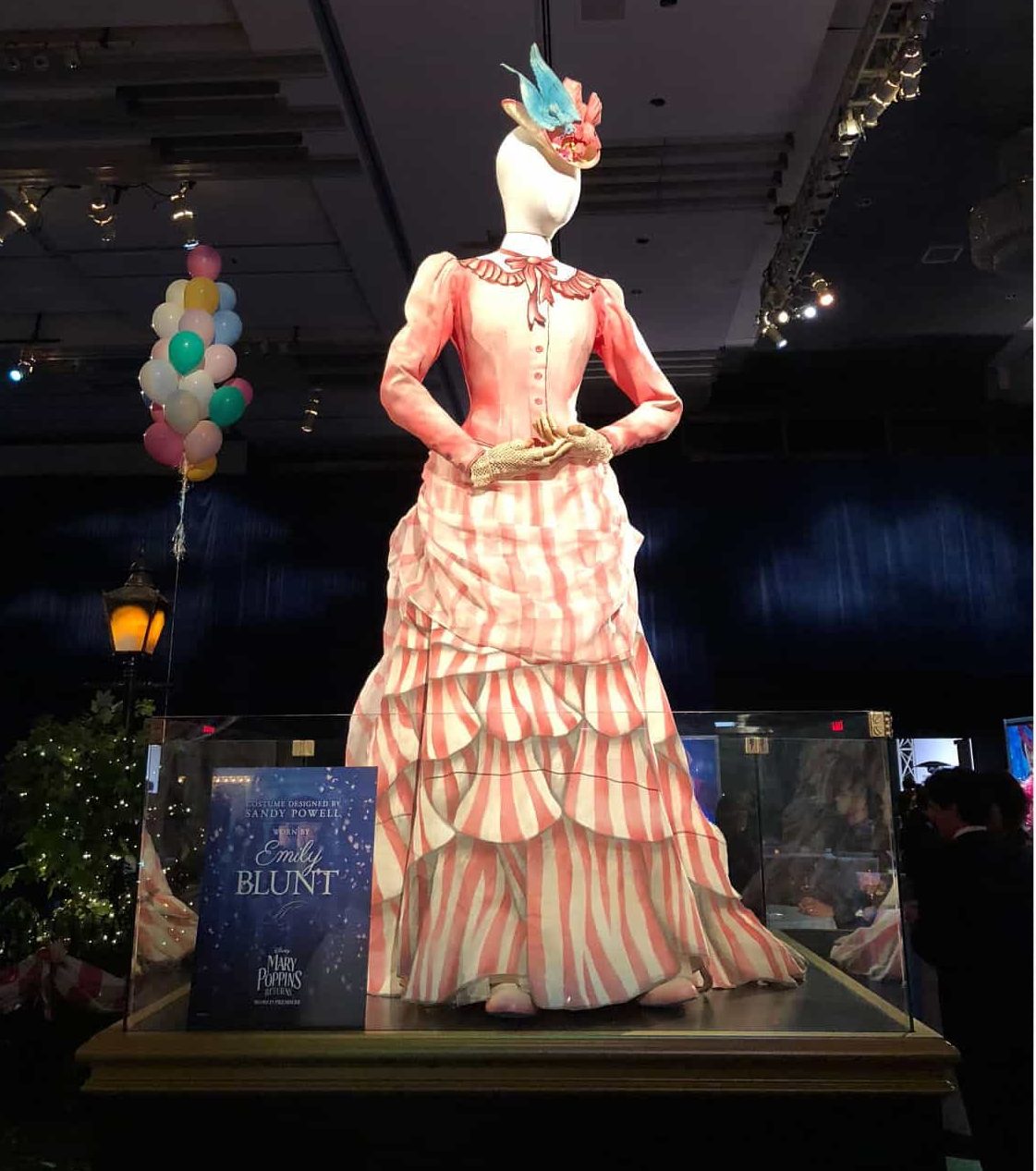 This hand-painted gown was so ingenious and beautiful! I seriously could have stared at it all night long.  There was also all the outfits from the fun bathtub scene (one of my favorite scenes from the movie). 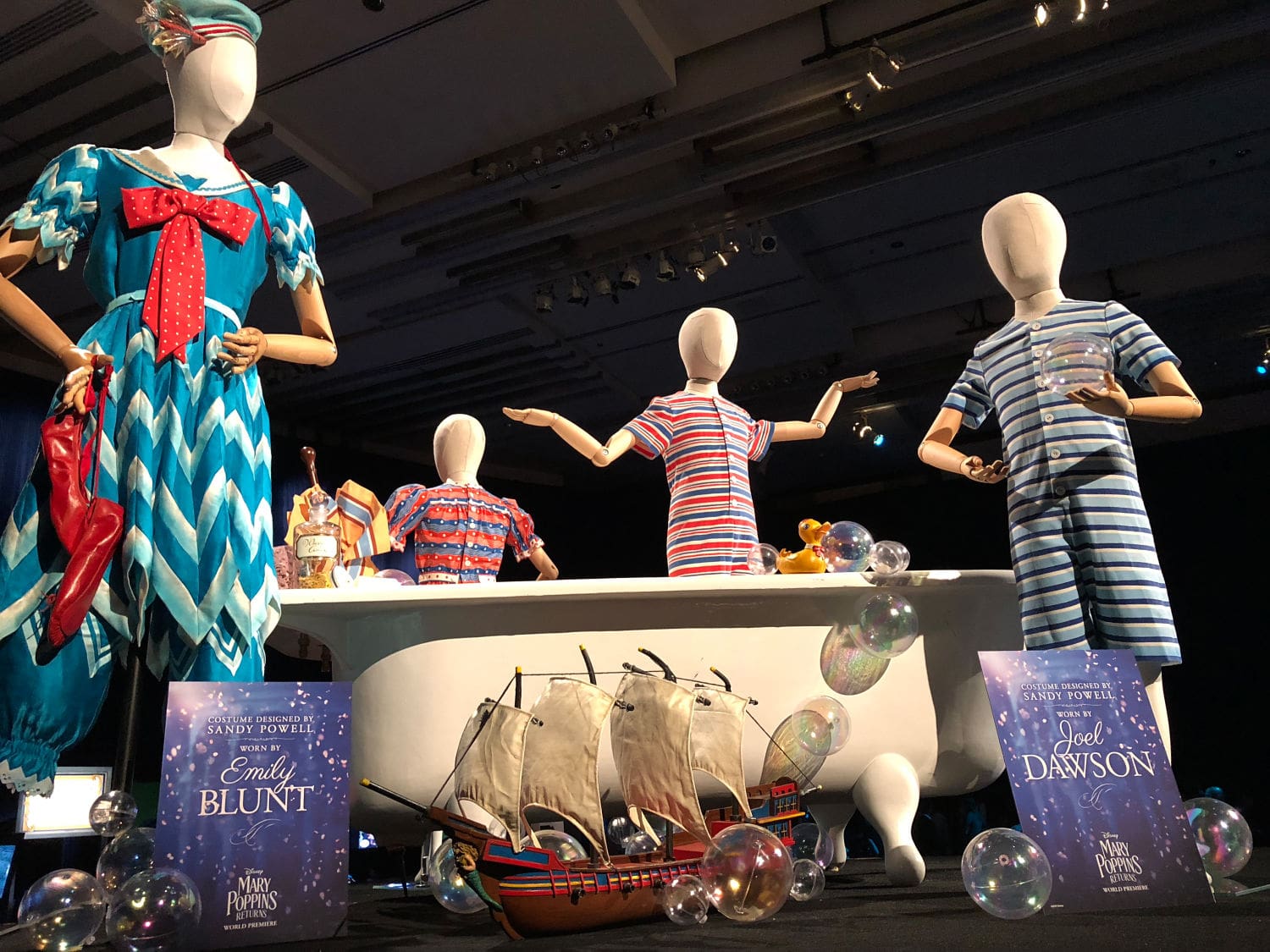 I had an amazing time at the Mary Poppins Returns premiere and after party. I can’t wait until everyone has the chance to see this film. I think you will love everything about it!

Mary Poppins Returns hits theaters on December 19th! My family and I plan on watching the original before we head to the theatre to watch our favorite nanny return!

For now, enjoy the trailer and make plans to see it on the big screen!

For More Mary Poppins Fun Follow on Their Social Channels