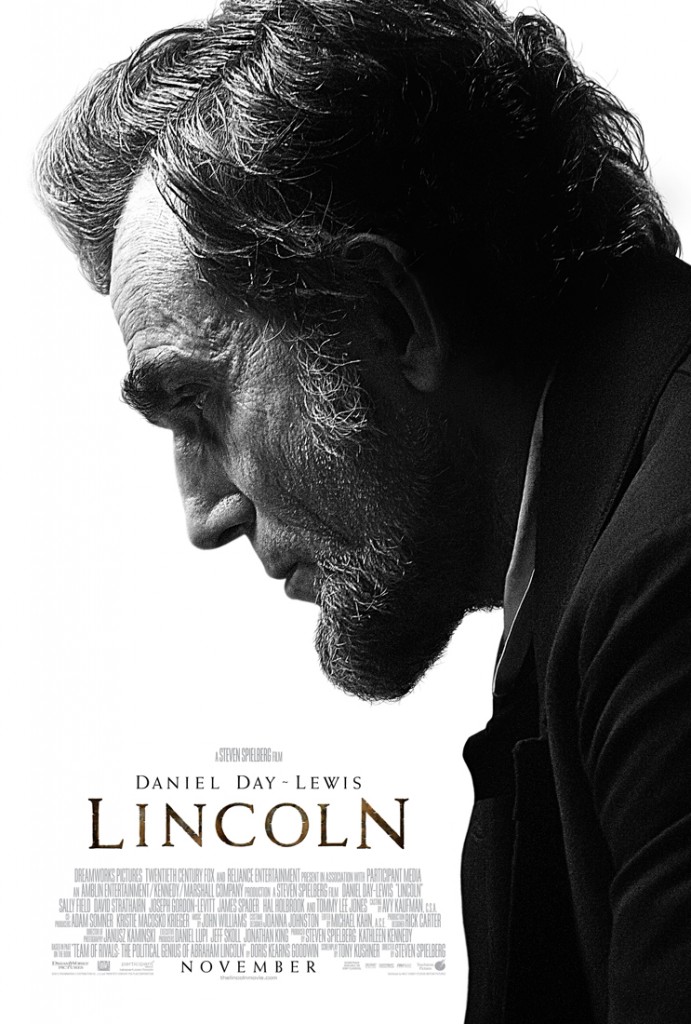 Have you ever been in a theatre watching a movie and when it was over it was completely silent?   That was my experience a few months ago when I watched the new Lincoln movie.  It was that good!

I first saw the promotional poster last year and immediately was excited for this movie. I am a huge fan of Daniel Day-Lewis, and just by his likeness in the poster, I knew this had to be a great movie.  I was not disappointed.

I went into the theatre thinking the story would be about the life of Abraham Lincoln, but in reality it was about the last few months of his life.  Specifically, the story centers around the thirteenth amendment and how it came to pass the house in January of 1865.   We meet Lincoln as he is talking to some of his Civil War soldiers.  Not only was the nation divided at war, the House of Representatives was divided over whether or not to give slaves their freedom.  Lincoln found himself caught between trying to get the amendment passed and trying to end a bloody and costly war.

Steven Spielberg directs two-time Academy Award® winner Daniel Day-Lewis in “Lincoln,” a revealing drama that focuses on the 16th President’s tumultuous final months in office. In a nation divided by war and the strong winds of change, Lincoln pursues a course of action designed to end the war, unite the country and abolish slavery. With the moral courage and fierce determination to succeed, his choices during this critical moment will change the fate of generations to come. 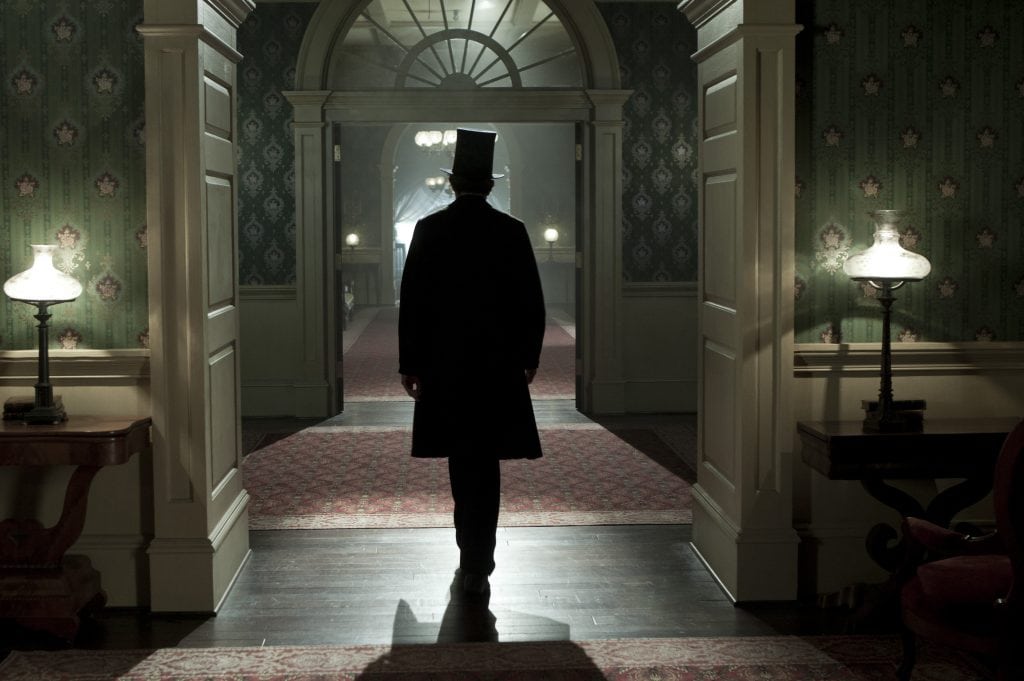 This film is  based on Doris Kearns Goodwin’s biography of Lincoln, Team of Rivals: The Political Genius of Abraham Lincoln and is a historically accurate portrayal of Lincoln’s life.  It was very interesting to see how congress worked back in the 1860’s.  A part of me wonders if things worked better that way or the way that we do it now.  It is certainly different!  I remember reading in all of my history books a small paragraph about the 13th amendment and that it was passed in 1865 while Lincoln was president.  I never knew the details, and they were never presented like this.

I personally enjoyed watching the story unfold between Lincoln and his eldest son Robert played by Joseph Gordon-Levitt.  The relationship showed the president torn between the duty of being a husband and being a father.  The cast includes some unbelievable talent including Sally Field as Mary Todd Lincoln, Tommy Lee Jones as Thaddeus Stevens, and Davis Strathairn, who plays Lincoln’s Secretary of State.  All of these actors deserve an Academy Award nod! 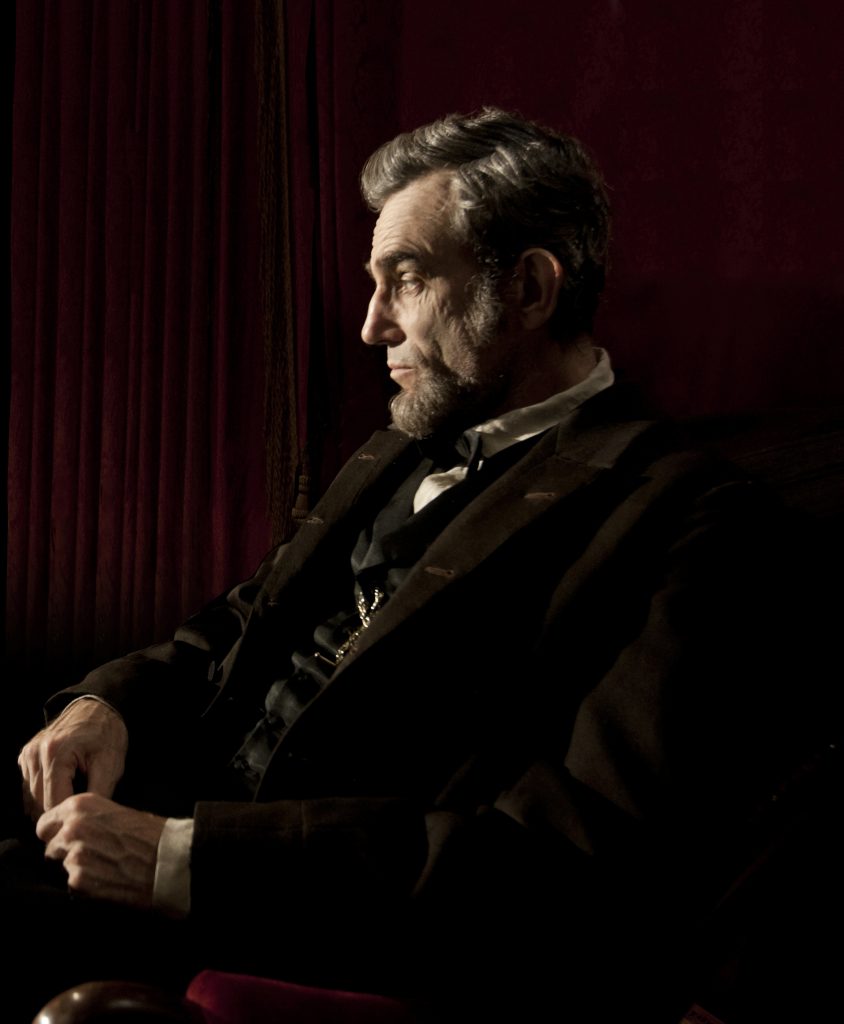 One of the things I loved most about this movie is that Spielberg gave us an intimate look at one of America’s best loved and historical figures.  This isn’t a movie that focuses on the big moments of Lincoln’s life such as the Gettysburg address or the major battles in the Civil War.  It is a movie that focuses on the small moments of a big life.  A dad cuddling and reading with his son, a husband who adores his wife, a politician with a witty sense of humor. The question isn’t going to be if this movie will be nominated for an academy award, it is how many it is going to take home.

LINCOLN opens in theatres everywhere this Friday, November 16th.  Make sure you see this movie while it is in theatres, you won’t regret it!

Here is a sneak peek: