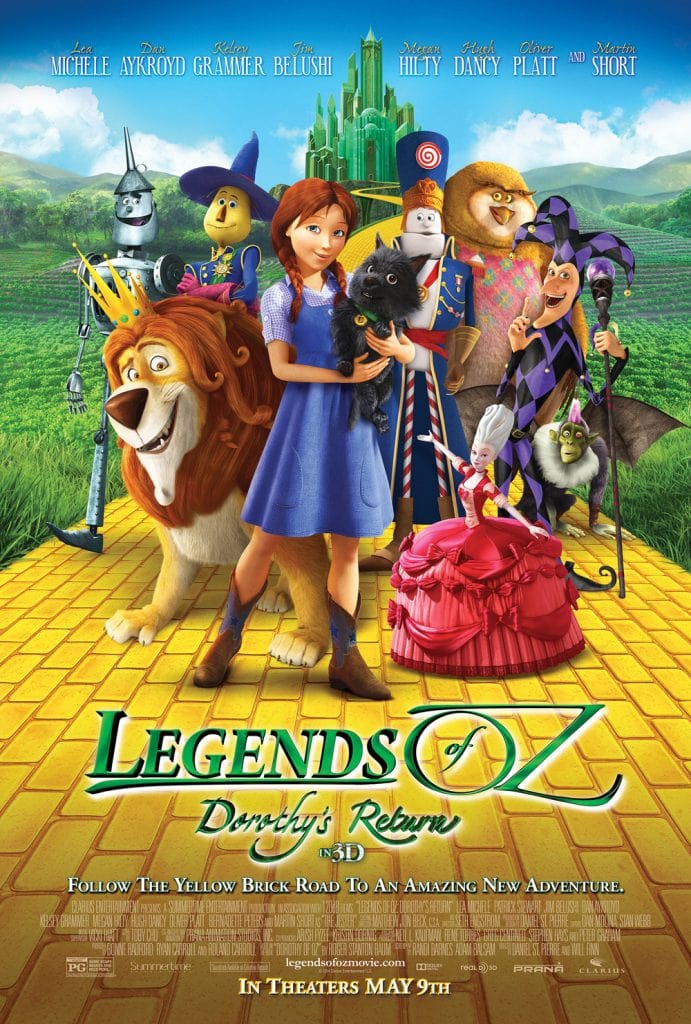 I loved watching the Wizard of Oz as a kid.  I can still picture my sister and I singing all the songs and being afraid of the flying monkeys.  Through the years there have been many adaptations of the classic, and to be honest, I still haven’t found one that I haven’t enjoyed. I was overjoyed when I found out that there was a sequel in the works and that it was going to be an animated feature and that it includes some new songs.  LEGENDS OF OZ: DOROTHY’S RETURN hits theaters May 9! 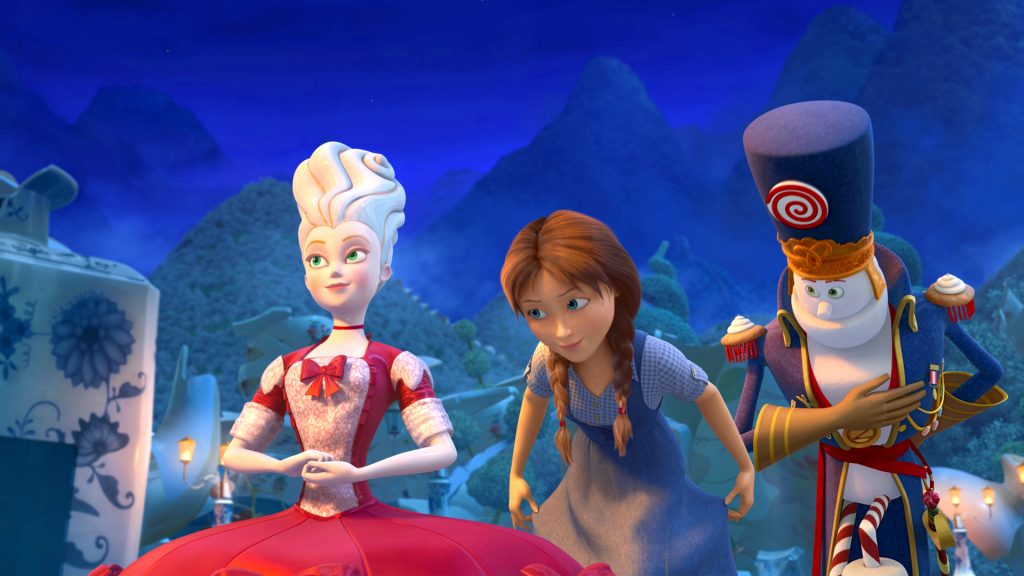 Legends of Oz: Dorothy’s Return is a 3D-animated musical based on the adventure books by Roger Stanton Baum, the great-grandson of L. Frank Baum. A continuation of one of the world’s most popular and beloved fairy tales, Legends of Oz finds Dorothy (Lea Michele) waking to post-tornado Kansas, only to be whisked back to Oz to try to save her old friends the Scarecrow (Dan Aykroyd), the Lion (Jim Belushi), the Tin Man (Kelsey Grammer) and Glinda (Bernadette Peters) from a devious new villain, the Jester (Martin Short). Wiser the owl (Oliver Platt), Marshal Mallow (Hugh Dancy), China Princess (Megan Hilty) and Tugg the tugboat (Patrick Stewart) join Dorothy on her latest magical journey through the colorful landscape of Oz to restore order and happiness to Emerald City. Set to the tunes of Academy Award-nominated singer/songwriter Bryan Adams, Legends of Oz marks a charming, family-friendlyreturn to the Oz franchise. 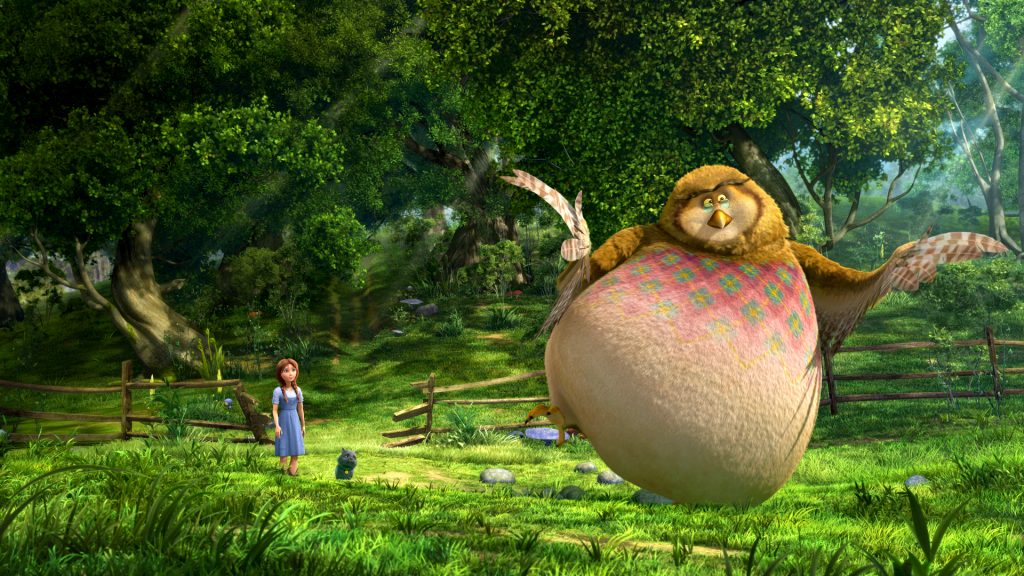 Directed by Daniel St. Pierre and Will Finn

To get you a even more excited, watch this trailer:

LEGENDS OF OZ: DOROTHY’S RETURN in theaters May 9