I hope you were one of the millions of people who went to watch Maleficent over the weekend.  Regardless, you will love my interview with Sam Riley who plays my favorite character Diaval in the movie.  He has an interesting role playing both a man as well as a bird and some other creations that Maleficents see’s fit.  He may be a little unknown to us here in the states, but Sam Riley is about to become a household name.  I was honored to still down with him a few weeks ago at the #MaleficentEvent to talk about his newest role, being a new dad, and playing along side Angelina. 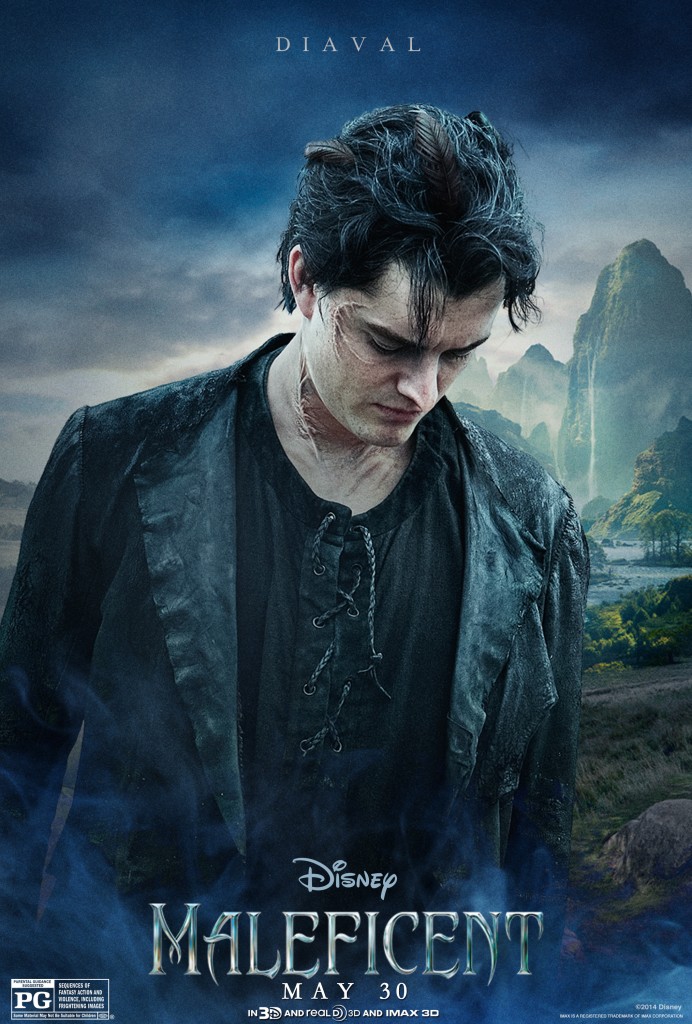 What was it like to work on a new but yet very old story?

Oh it was, it was really exciting.  Most of my films are sort of independent-type cinema that not many people go and watch usually.  But they’re all great, obviously.  The script was really great.  I loved it and the lady who wrote it had written the Lion King as well and lots of other big, lovely Disney movies.  I thought the way they did this was really interesting.  Because what would make a woman or a sorceress curse a little baby?  It’s like one of the worst things you could possibly do.  And before everything’s so black and white and these days, I mean, ladies are still waiting for a prince sometimes but to just lie there asleep it’s not really the modern way .  And the fact that Angelina, obviously, was gonna play Maleficent was very exciting. 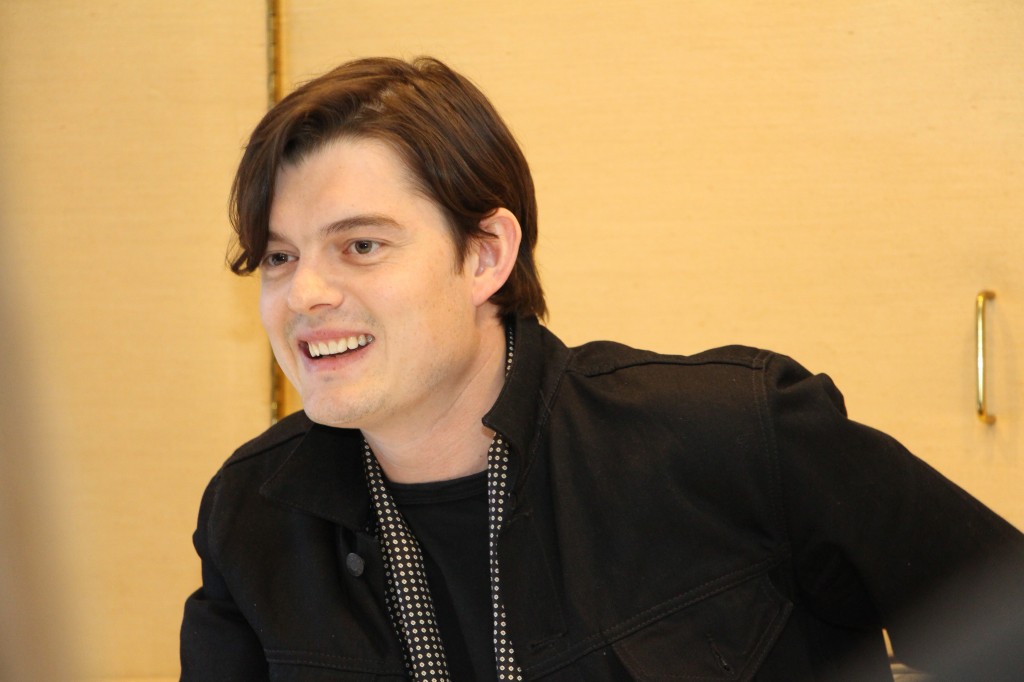 Was there research you had to do to figure out how to get into your character?  Or did you have creative license because it wasn’t something that you knew?

Well I watched the old cartoon and things but it doesn’t really do very much in that.  The raven always looks half asleep or something.  They organized it so that they could bring in, a real raven into a room about this big.  I’d never seen a real raven before.  I thought they were like crows but it’s like this big (about 2 feet tall) and it could do tricks and stuff, which is pretty scary.  I mean, when it gets its wings out it’s as long as the table or something.  You know, really huge.  And they’re very intelligent and they’re kind of vain as well which I thought was funny.  But I just watched this raven in a room for awhile, just to see if anything would, like, rub off on me and, that I could steal something from it while I’m the man part of the thing.  And there was a really nice lady who helped me doing a movement coach. We tried to copy bits of his movements.  And by the end of the session I was actually running around the room flapping my wings.  It was horrific.  She was, like, “We should film this.”   I was, like, “Under no circumstances do I ever want to see myself running around a room on YouTube going [SQUAWK].”  It was awful.  But it helps.  ‘Cause when you do something really stupid and embarrassing at the beginning, then, when she turns me from a bird into a man at the beginning I wasn’t wearing very many clothes, which was a strange conversation to have for a Disney movie.  Like, how much bottom can you show?  Um, so once you’ve done something really silly then everything else makes you more relaxed. 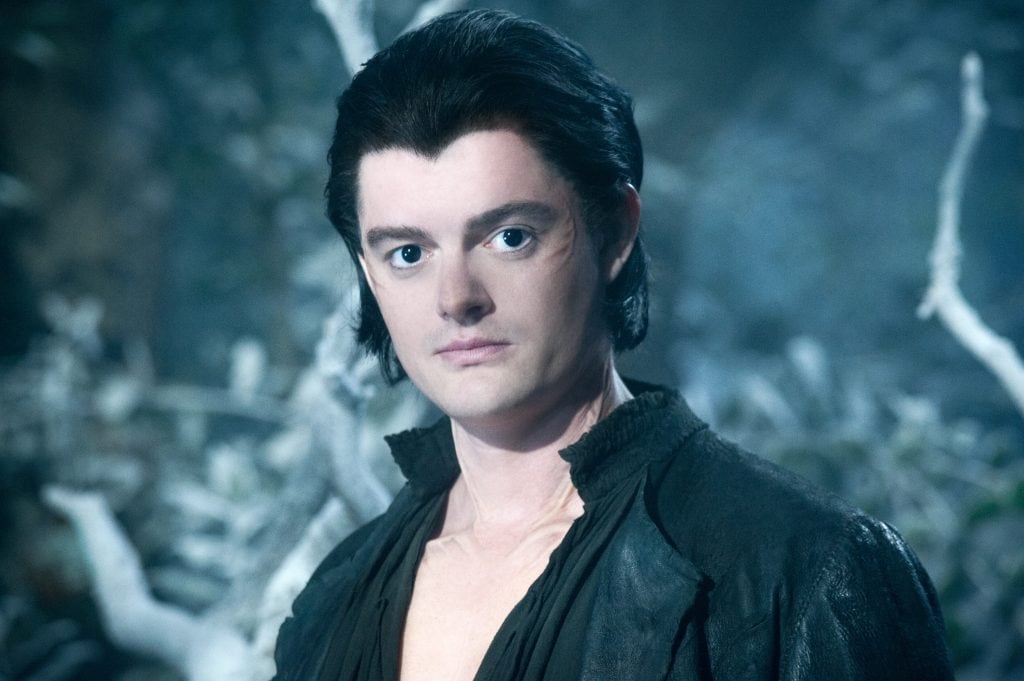 How much hair and makeup did you have to go through every day?

About three and half, four hours something?  But I couldn’t really complain ’cause there were other people that had been in there since three o’clock in the morning.  ‘Cause they, they have to wake them up that early so that they’re ready to work at nine, you know?  SO the ladies and guys that were putting all this stuff on, they probably work some of the hardest ’cause they have to be there at that time and then the whole day they have to make sure things aren’t falling off. But I managed to, I’m a really good sleeper.  I used to be anyway.  I’ve just had a baby.   After a couple of weeks I managed to be able to lie down in the chair and while people were, like, gluing things to my face I could actually sleep through it which is pretty impressive.  Until one morning they turned the seat back up and realized they stuck my nose on the wrong way, it was sticking up.  So they wouldn’t let me do it anymore after that. 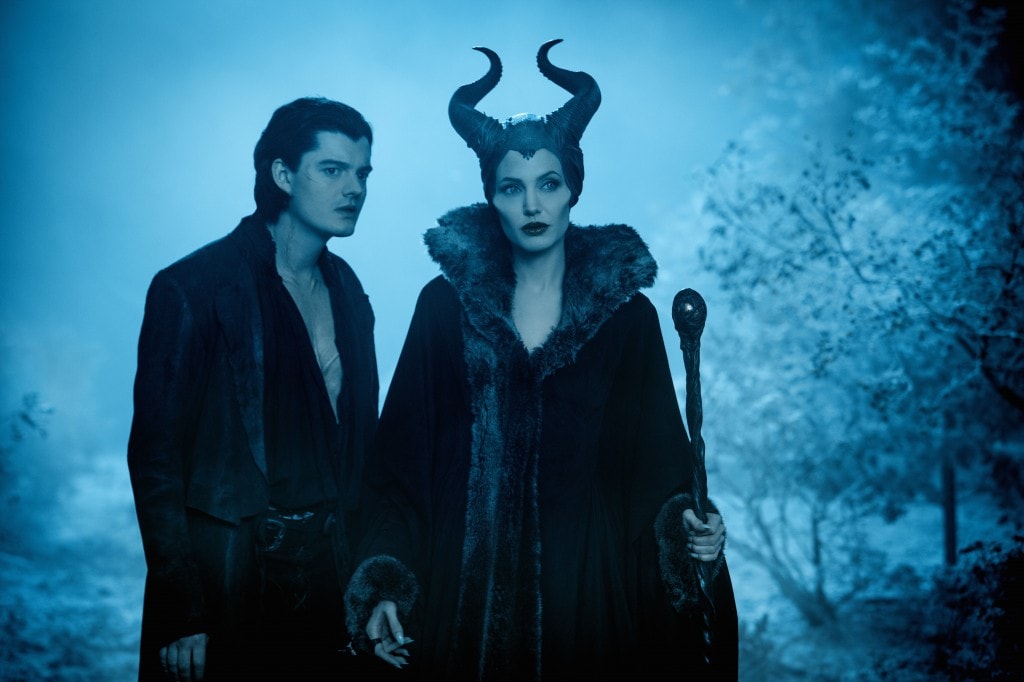 What’s your most memorable scene?

The first one really because I was really nervous.  I’d not seen, I met Angelina before, obviously, we rehearsed and things like that, but I’d never seen her in the full costume.  And they drive you from your little trailer whatever on a golf buggy which was pretty — they don’t usually do that on indy films anyway.  And then they had this amazing set there and she was already stood there so I was worried that I’d been keeping her waiting or something which wasn’t a good start.  And she had her back to me, the way it was all lit amazingly or something and then when she turned around it was like…  It’s weird because it looked, you know it’s not real, you know, the cheekbones and everything and the contact lenses.  But when you look at her in, in all that stuff  it looks — natural is maybe not the right word but it fits, you know.  You don’t think it looks fake or something.  In fact I only really saw her in costume for like the first four weeks of the shooting.  So it was strange to see her in her normal clothes afterwards.  You got so used to seeing Maleficent every morning.

I think your character plays her conscience throughout the movie.  So was it intimidating to you almost?

When we talked about it in the beginning she said that you know, at the beginning he’s more like a servant and he’s scared of her because she’s all-powerful and everything.  But we were talking about it and if you think about it they spend, like, every day together for sixteen years then.  I mean, and she’s isolated herself somewhere, so that I’m the only one who talks to her.  So we wanted them to be a bit more like a bickering married couple by the end of it and have these lighter moments.  I can sense that there’s good in her, which she likes, she doesn’t want to admit or something.  When I read the script and realize that I’m gonna have every single scene with her I was like, “Oh, well, this is pretty cool.” 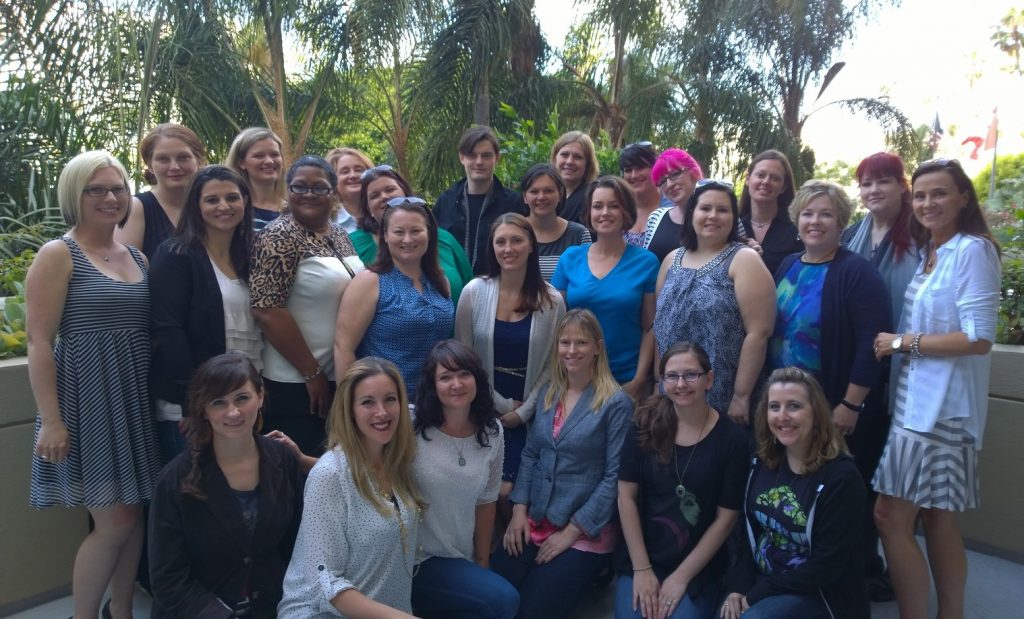 You can read all about my review of Maleficent here.  For more Maleficent Interviews read my Angelina Jolie feature , as well as my interviews with Elle Fanning, Sharlto Copley, and director Robert Stromberg!

What are you waiting for?  Run to the movies tonight to watch this amazing, family-friendly film!