Focus Features is releasing ten movies in 2018. Here is a look at each one of them!

Focus Features always has a great variety of movies come out each year. 2018 looks like it’s going to be a great one. From dark comedies to historical fiction, and even a real glimpse into motherhood Focus Features has it covered.

I am probably most excited for Tully and Boy Erased. Tully looks like it could be about my own life (minus the helper) and I read the book Boy Erased and loved it. I can’t wait to see how it is adapted for the big screen.

On the Basis of Sex also looks like it could be a blockbuster. I am glad that they are telling the story of a very inspirational woman.  It is an important subject to talk about in this current climate we find ourselves.

Without further delay, here is the 2018 Focus Features Film lineup! 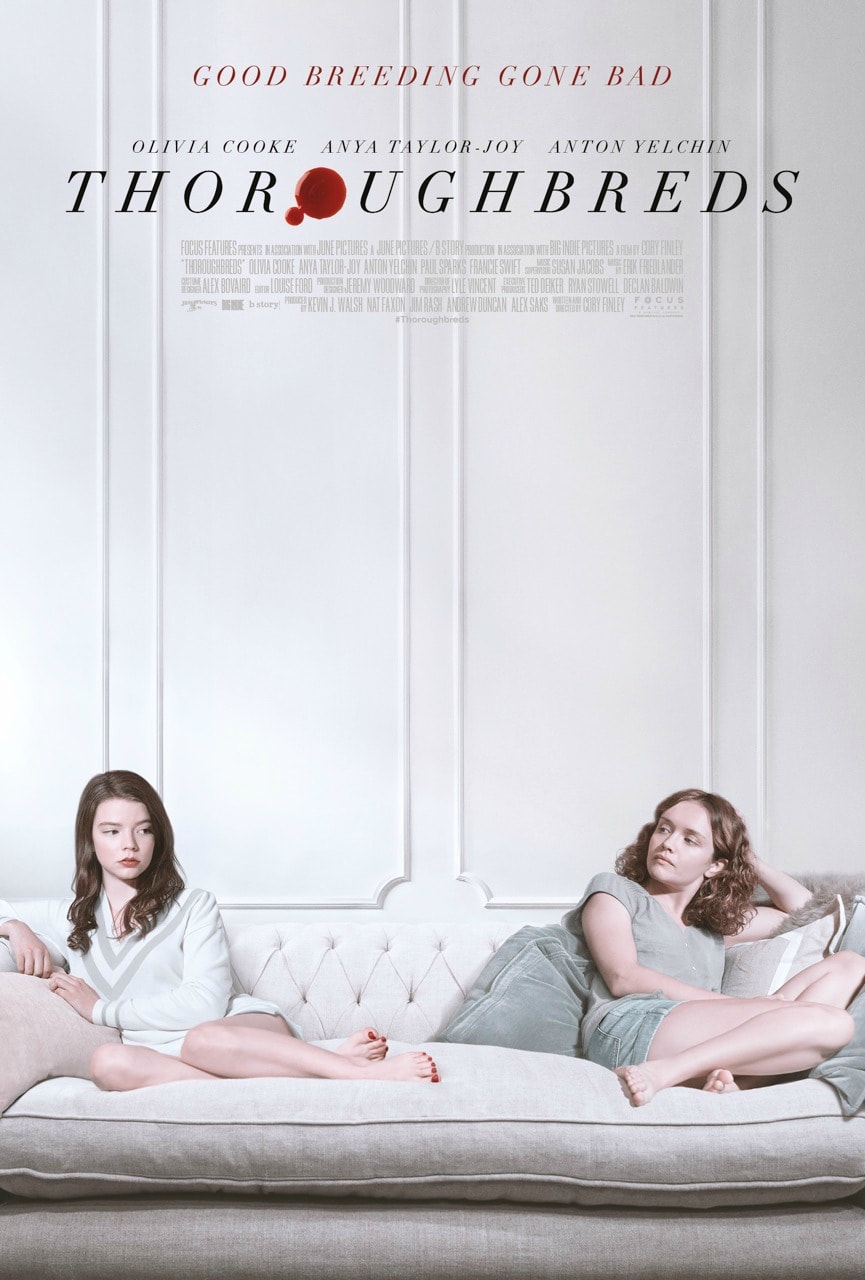 Story: Childhood friends Lily and Amanda reconnect in suburban Connecticut after years of growing apart. Lily has turned into a polished, upper-class teenager, with a fancy boarding school on her transcript and a coveted internship on her resume; Amanda has developed a sharp wit and her own particular attitude, but all in the process of becoming a social outcast. Though they initially seem completely at odds, the pair bond over Lily’s contempt for her oppressive stepfather, Mark, and as their friendship grows, they begin to bring out one another’s most destructive tendencies. Their ambitions lead them to hire a local hustler, Tim, and take matters into their own hands to set their lives straight. 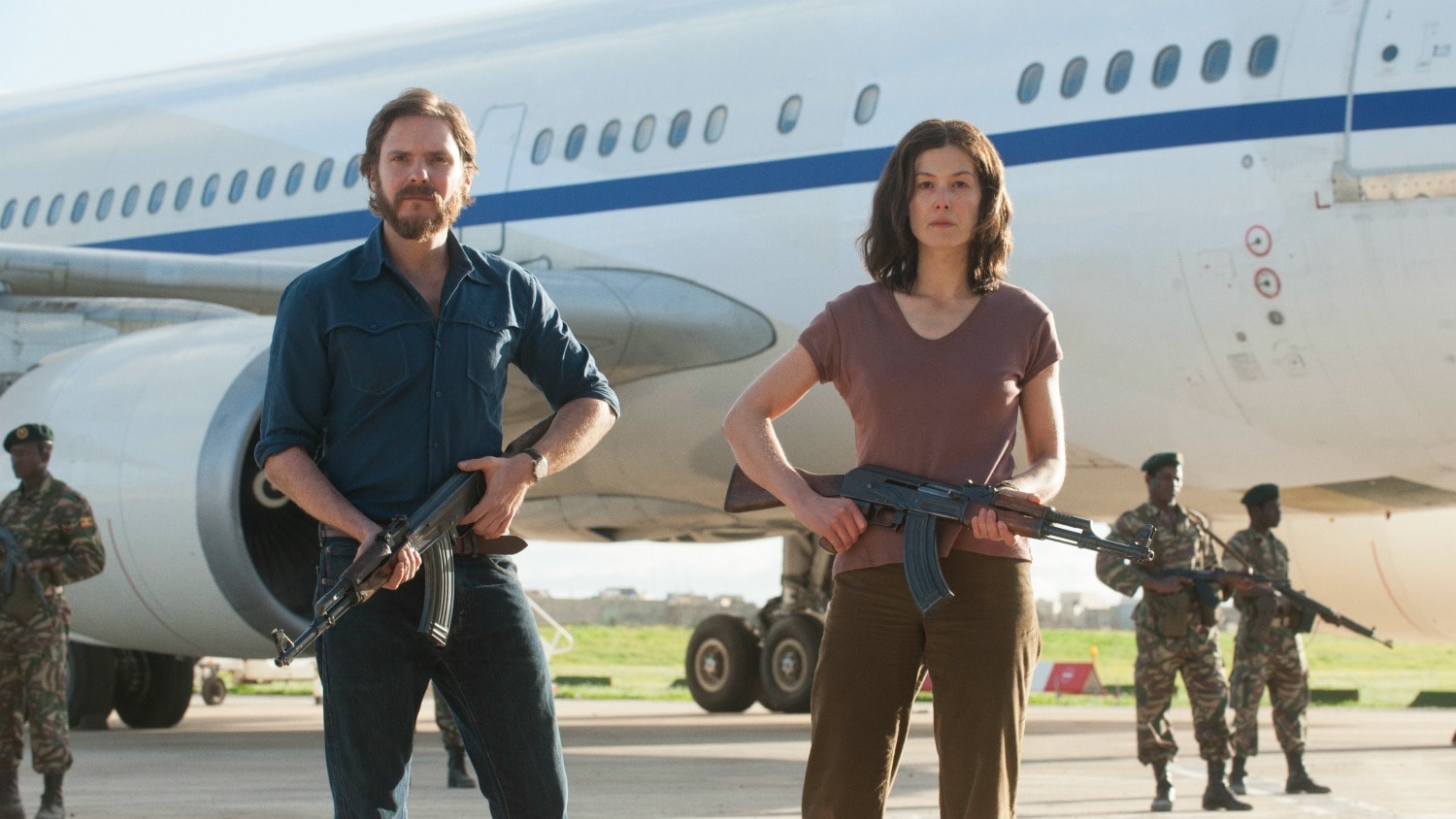 Story: A gripping thriller inspired by the true events of the 1976 hijacking of an Air France flight en route from Tel Aviv to Paris, the film depicts the most daring rescue mission ever attempted. 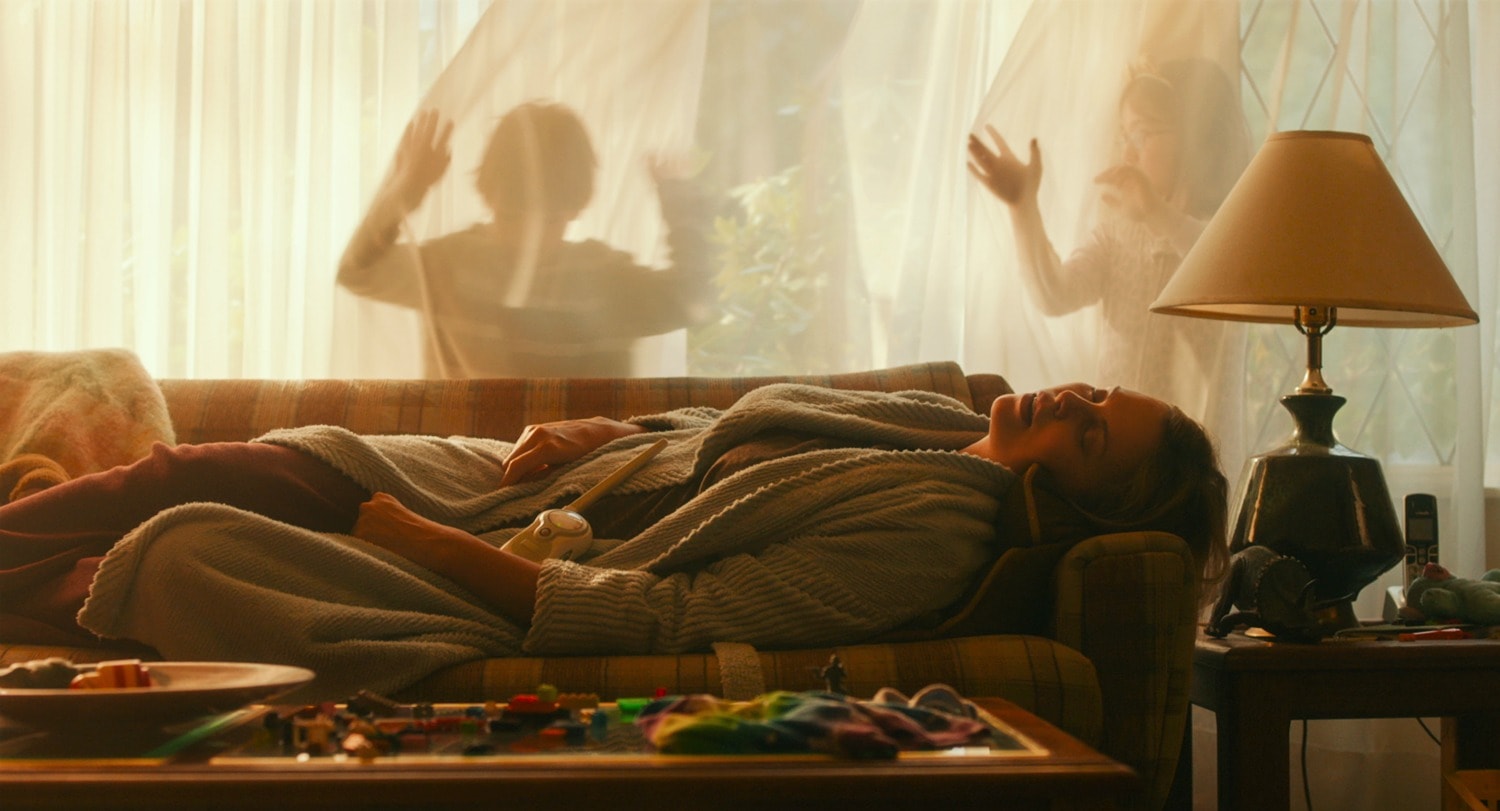 Story: A new comedy from Academy Award®-nominated director Jason Reitman (“Up in the Air”) and Academy Award®-winning screenwriter Diablo Cody (“Juno”). Marlo (Academy Award® winner Charlize Theron), a mother of three including a newborn, is gifted a night nanny by her brother (Mark Duplass). Hesitant to the extravagance at first, Marlo comes to form a unique bond with the thoughtful, surprising, and sometimes challenging young nanny named Tully (Mackenzie Davis).
https://youtu.be/QRtBP07gIHY

Story: From Academy Award-winning filmmaker Morgan Neville (20 Feet from Stardom), Won’t You Be My Neighbor? takes an intimate look at America’s favorite neighbor: Mister Fred Rogers. A portrait of a man whom we all think we know, this emotional and moving film takes us beyond the zip-up cardigans and the land of make-believe, and into the heart of a creative genius who inspired generations of children with compassion and limitless imagination.

Director: Rupert Wyatt (“The Rise of the Planet of the Apes” “The Escapist” “The Gambler)

Story: Set in a Chicago neighborhood nearly a decade after an occupation by an extra-terrestrial force, “Captive State” explores the lives on both sides of the conflict – the collaborators and dissidents. 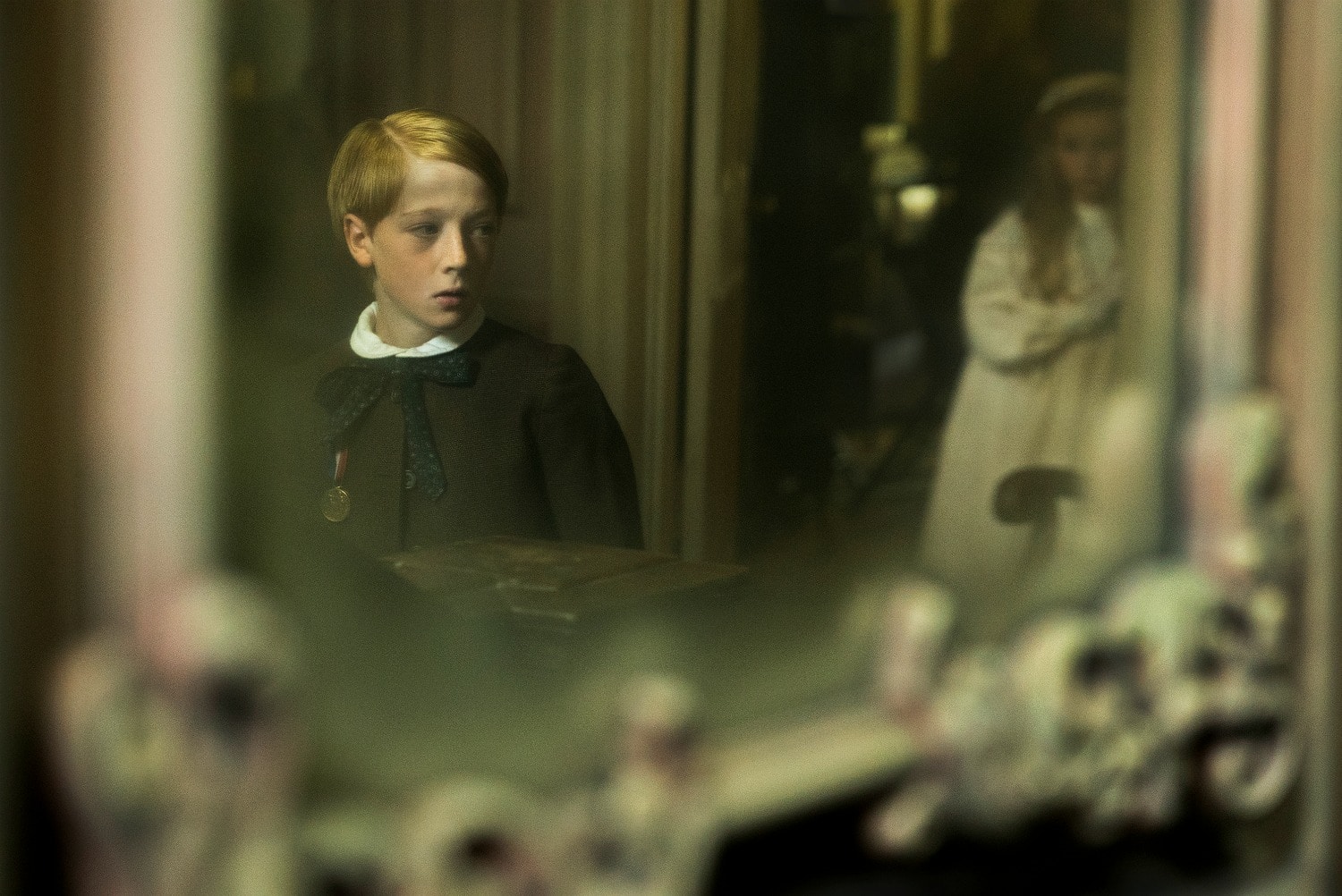 Writer: Lucinda Coxon (“The Danish Girl”), based on the novel by Sarah Waters

Story: THE LITTLE STRANGER tells the story of Dr Faraday, the son of a housemaid, who has built a life of quiet respectability as a country doctor. During the long hot summer of 1948, he is called to a patient at Hundreds Hall, where his mother once worked.  The Hall has been home to the Ayres family for more than two centuries.  But it is now in decline and its inhabitants – mother, son and daughter – are haunted by something more ominous than a dying way of life.  When he takes on his new patient, Faraday has no idea how closely, and how disturbingly, the family’s story is about to become entwined with his own.

based on Boy Erased: A Memoir of Identity, Faith and Family by Garrard Conley

Story: “Boy Erased” tells the story of Jared (Hedges), the son of a Baptist pastor in a small American town, who is outed to his parents (Kidman and Crowe) at age 19. Jared is faced with an ultimatum: attend a gay conversion therapy program – or be permanently exiled and shunned by his family, friends, and faith. Boy Erased is the true story of one young man’s struggle to find himself while being forced to question every aspect of his identity. 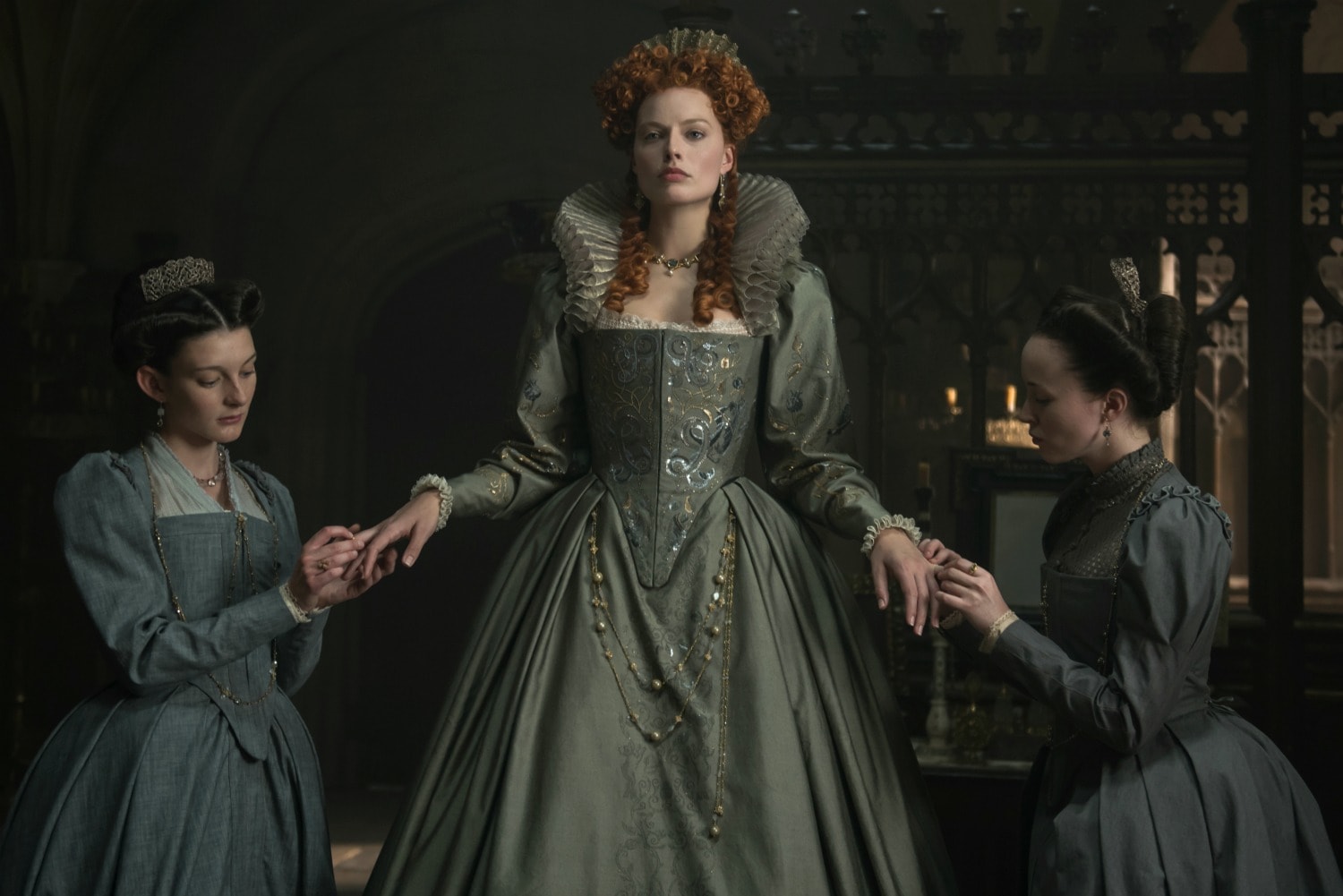 Writer: Beau Willimon (“The Ides of March,” “House of Cards)

based on My Heart is My Own: The Life of Mary Queen of Scots by John Guy

Story: “Mary, Queen of Scots” explores the turbulent life of the charismatic Mary Stuart. Queen of France at 16 and widowed at 18, Mary defies pressure to remarry. Instead, she returns to her native Scotland to reclaim her rightful throne. But Scotland and England fall under the rule of the compelling Elizabeth 1. Each young Queen beholds her “sister” in fear and fascination. Rivals in power and in love, and female regents in a masculine world, the two must decide how to play the game of marriage versus independence. Determined to rule as much more than a figurehead, Mary asserts her claim to the English throne, threatening Elizabeth’s sovereignty. Betrayal, rebellion, and conspiracies within each court imperil both thrones – and change the course of history.

ON THE BASIS OF SEX- TBD 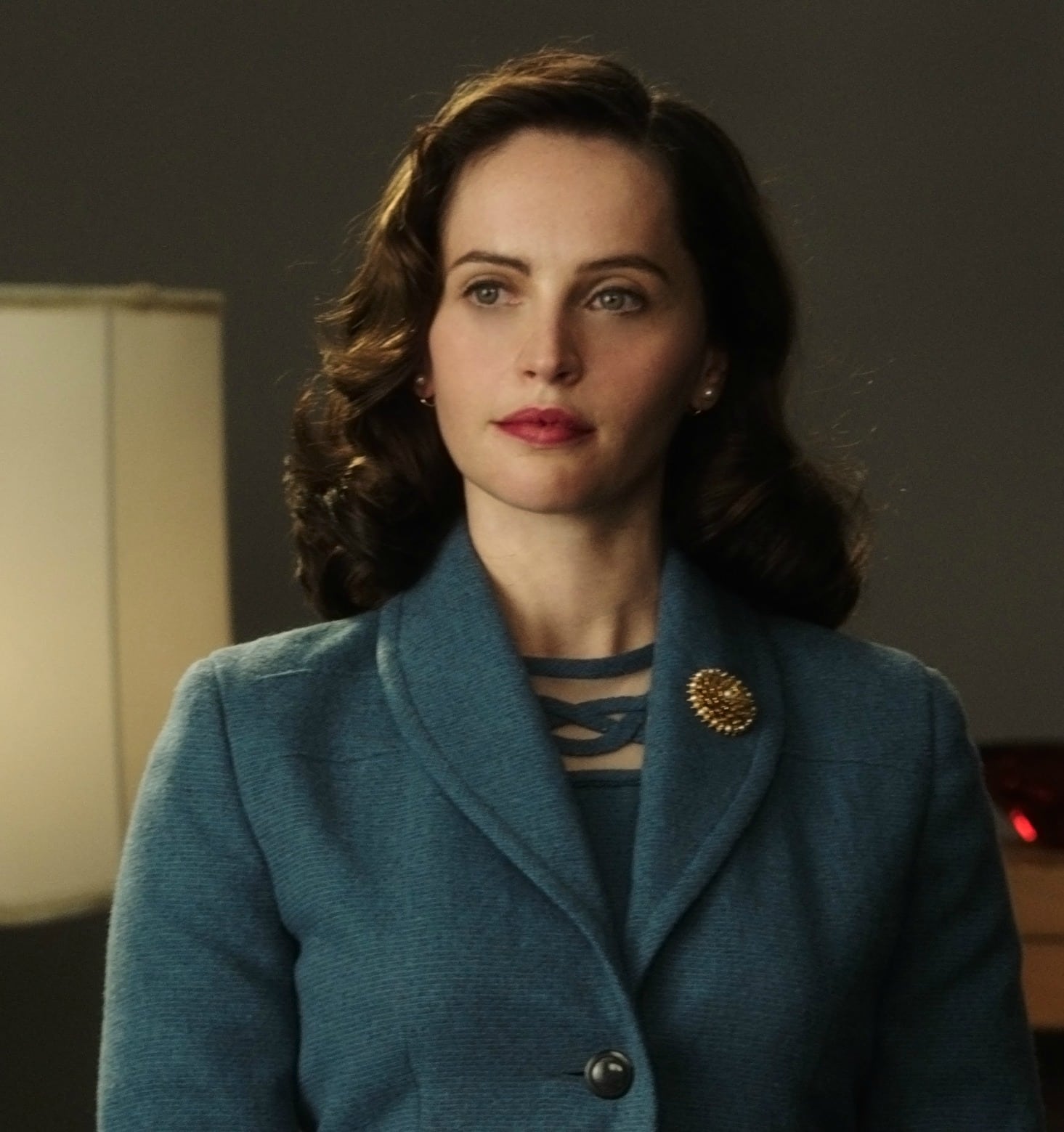 Story: The film tells an inspiring and spirited true story that follows young lawyer Ruth Bader Ginsburg as she teams with her husband Marty to bring a groundbreaking case before the Supreme Court and overturn a century of gender discrimination. The feature will premiere in 2018 in line with Justice Ginsburg’s 25th anniversary on the Supreme Court.

Story: In “Johnny English 3”, a new adventure begins when a cyber attack blows the cover of all active undercover agents in Britain and its mastermind threatens the world with further disruption. The secret service can now rely on only one man – Johnny English. Currently teaching at a minor prep school, English is called back to duty to find the wily hacker and swan-dives head first into action. But for this mission to succeed, it will take all of his skills – what few he has – as the man with yesterday’s analogue methods faces off with tomorrow’s digital technology.

Which one of these 2018 Focus Feature films are you must excited to see?