My kids have been asking to see Finding Dory ever since we left the theater.  Finding Dory was by far my daughter’s favorite movie of the year and now she is excited to be able to watch it whenever she wants to at home.  Finding Dory comes out on Blu-ray today! 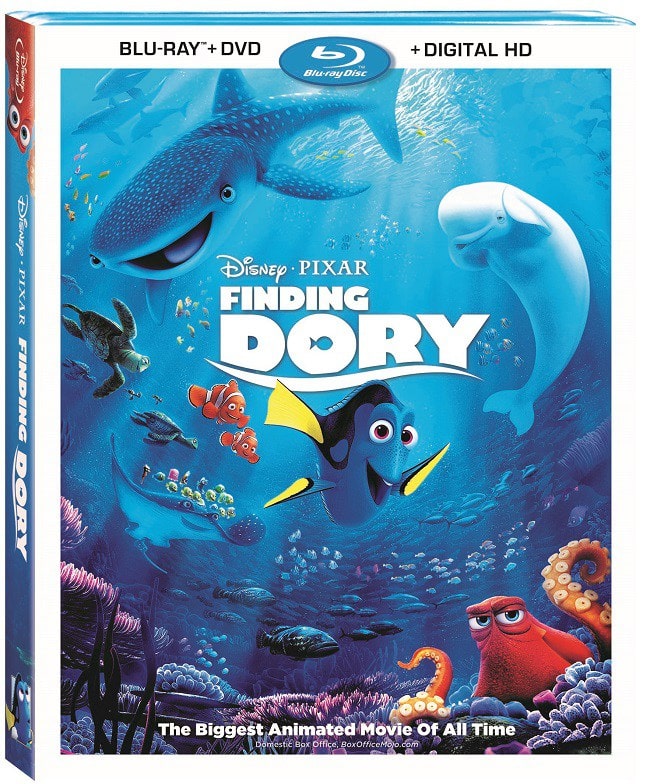 Finding Dory is a beautiful tale of never giving up and discovering who you are.  Its a film about family and what that means to each one of us.  I get goosebumps every time I watch it.  Its a feel good movie with tons of laughs that everyone will want to watch over and over again!

One of the things we love about getting a new Disney movie on Blu-ray is all the bonus features that go along with the film including the animated short that plays before the movie in the theater. This time it is the adorable “Piper,” the theatrical short film starring an irresistible sandpiper hatchling.  You also have an all-new mini short featuring interviews with Dory’s pals from the Marine Life Institute; a behind-the-scenes look at the most challenging character Pixar has ever created our friend Hank; never-before-seen deleted scenes, including a digital exclusive featuring the Tank Gang from “Finding Nemo” who make it their mission to get Marlin and Nemo to the Marine Life Institute; and much, much more.

There is so much more fun for Dory and her friends and now you can take it home just in time for the holidays.

Here is fun short video about some of the Easter Eggs you may find in the movie:

You can purchase Finding Dory on DVD or Blu-ray on Amazon today, click here!

A huge thank you to Disney for sending our family the Blu-ray to enjoy.  All opinions are 100% mine.