I met a lot of creative, interesting people last week when I attending the Maleficent press day. One of the people I loved interviewing was first time director Robert Stromberg. His passion for this film couldn’t be ignored. I was moved by his creativeness and his honesty. I also was impressed by his sense of family and the understanding that everything falls second to being a dad! Stromberg first began in film in the Art Department, working with amazing creative people. He sat down with us to talk about all things Maleficent and his first shot at being a Director. 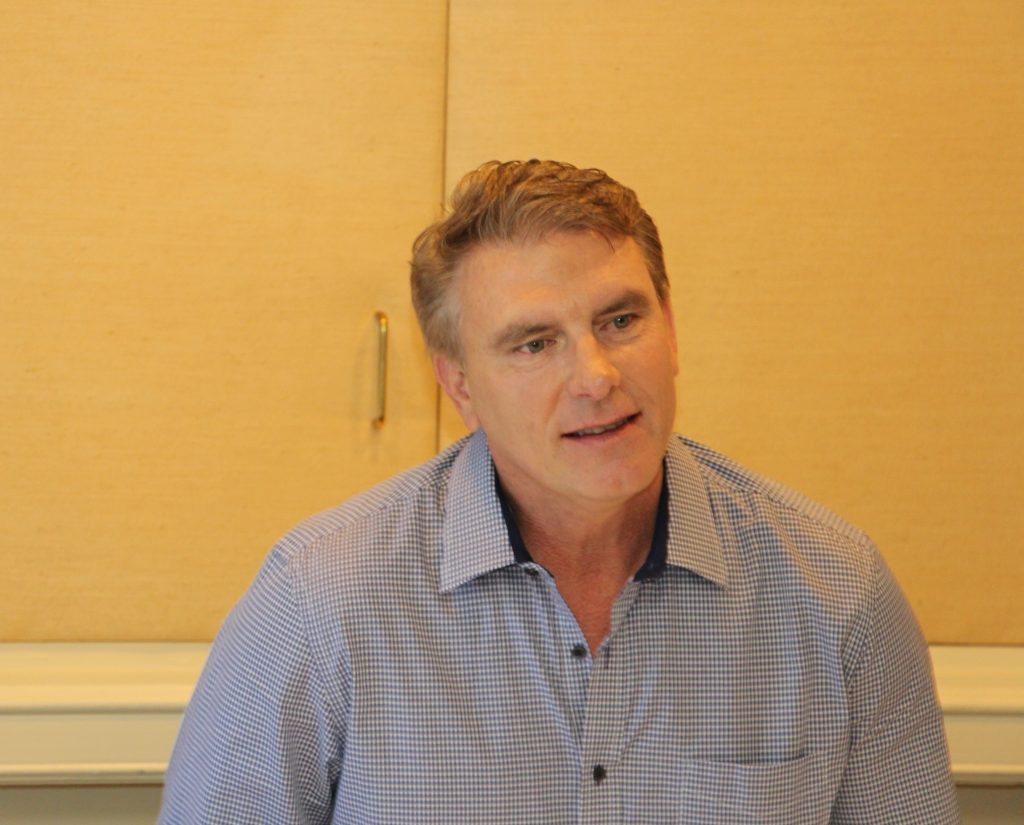 So this being your first directorial debut, what was different from being on set compared to being in the art department?

I’ve always wanted to be a director. I used to make movies when I was a little kid and and I was a huge Disney fan. I had, an art teacher who was an ex-Disney artist. I used to draw like crazy, images, including Maleficent when I was five, six years old. I had always wanted to tell stories and be a director. I got sidetracked in the, by this pesky, you know, art direction stuff. It was part of the journey. I’m glad that I did all that stuff because it prepared me not only being around these big movies but also meeting a lot of great directors. I met, Peter Weir and we became close friends, on a movie called Master and Commander. He taught me a lot about how to talk to actors and to get at an emotional level with them. Then I spent four years with Jim Cameron and that was useful in, you know, in how to be strong when you need to be. And, I worked with Tim Burton and (saw) how an, an artist can direct. These are all directors but they do it in different ways. So I came into this with a lot of, um, experience, not only that, you have to have emotion yourself. You have to have spent your life studying human behavior and really, really paying attention to why people react a certain way when they’re told something. I think it’s all those little bits of information plus all of the knowledge I got from just my experience with other directors. And then the confidence to be at the same level with somebody in finding the emotion of that character. That’s what made me feel comfortable in being a director.

What was your favorite scene to direct?

There are many special moments. I suppose the christening scene ’cause it was — in the film, we’re, we’re doing a retelling. So we’re not just doing a straight out of the box remake of that classic version. So it was very intentional that when you watch the movie you’ve learned a whole bunch of new material. When you get to that center point of the movie we shot that scene almost verbatim, word for word, from the classic cartoon version. And that was so that you now had all this new, fun information that you had learned and you understand why that character is doing what she’s doing. And then you get to see what happens after that.

Had you worked with Angelina Jolie before and if not, what was it like to work with her and direct her?

I hadn’t. I went to her house the first day I met her and, we didn’t talk about the movie for the first hour, I think. I’ll never forget we just sat on some back steps in her backyard and watched her kids play out in the backyard. And we talked about life and, and being a parent and just normal stuff. And I think that’s why we connected is because we had to find out that we were both human beings first before we tacked human being problems. That was a special moment for me because I wasn’t necessarily intimidated by her, but I had never seen the human, motherly quality in there before.

What was the creative process that you used creating the Moors and all the characters?

Over the years I probably have a file full of just sketches, strange creatures and stuff that you wanna use one day. I always approach a movie using the world itself as a psychological steering device. For instance, at the beginning of this film we start off and it’s sort of happy and sunny and everything else. Then the mood of the whole world goes dark with Maleficent and then comes back up again at the end. It’s really interesting, not just as a designer, to create fun things, there’s no rule book there. That’s what’s fun about it is you just do a sketch three months later it becomes something real. The interesting thing I’ve learned over the projects that I’ve done is how you can steer the audience and make the audience feel something, even if they’re not aware that that’s how things are done. So, that was where I started. I’m a big fan of Eyvind Earle, but that look of the original design was a bit too stylized for this sort of emotional, organic, grounded-in-reality story that we’re trying to tell. So that would be distracting in this case. But it was important to me to keep the essence of what that design was that Eyvind Earle had done. So if you really look at the film you’ll see elements that you could say he would have done.

You said you had to stay true to the original Sleeping Beauty but did you still have creative license in what you got to do?

Linda Woolverton wrote the script. A lot of times when you’re in the moment, it looks better on paper than it does when you’re actually seeing, how two characters are reacting to each other, or how a scene plays out. I think, part of what you learn as a director is how to adapt in a situation and understand that something is just not right and to adjust it so that it is. I’ve always told people that whether I’m doing a painting, which is a composition, compositional rhythm, or music is its own rhythm, a dialog can be a rhythm too. And if it’s off, if one inflection is off slightly you have to recognize that because it, makes a huge difference, difference emotionally, in how you’re supposed to feel watching it.

What advice would you give to parents of children who may have an interest in going into film either directing or working in the art department, working in any capacity in this industry?

After our interview, Robert was kind enough to pose for a picture with us! 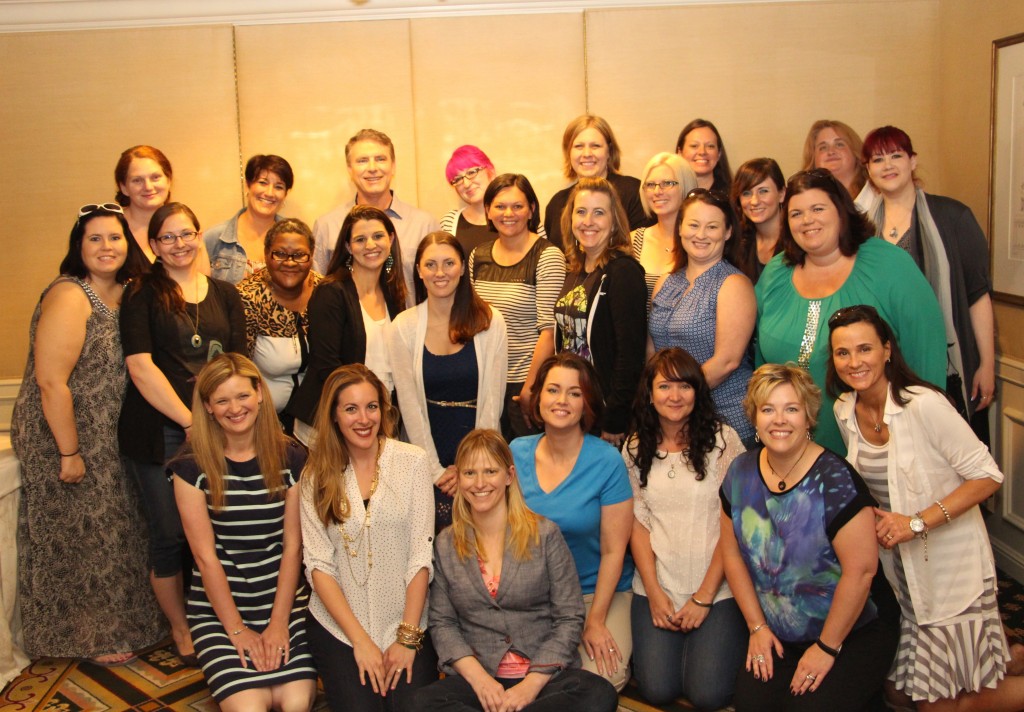 For more Maleficent Interviews read my Angelina Jolie feature , as well as my interviews with Elle Fanning and Sharlto Copley and stay tuned this week with more from the cast and crew leading up to tomorrow where Maleficent Opens Nationwide in theaters.