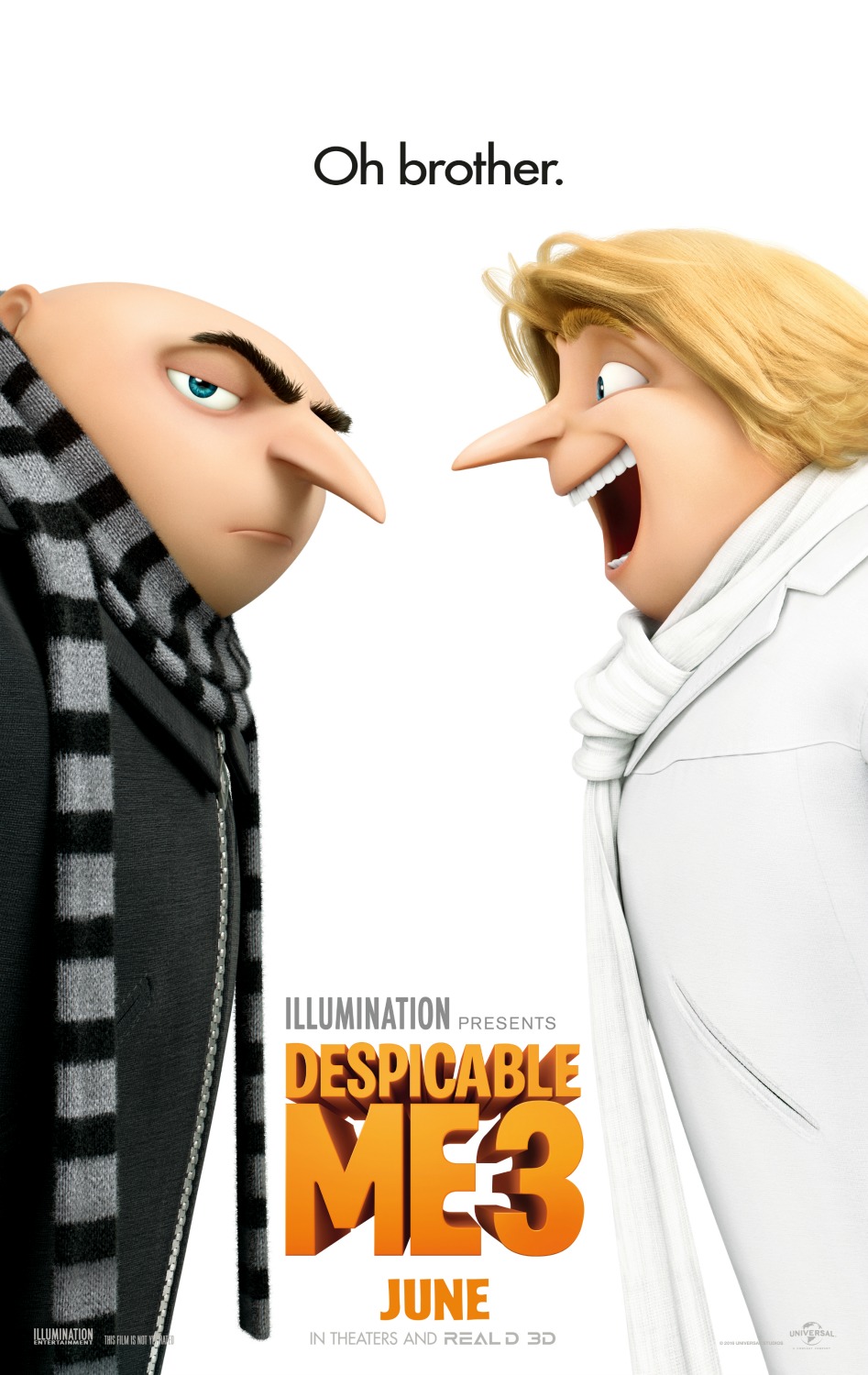 The lovable Minions and company are back in a whole new adventure this month!

Illumination, who brought moviegoers Despicable Me and the biggest animated hits of 2013 and 2015, Despicable Me 2 and Minions, continues the story of Gru, Lucy, their adorable daughters—Margo, Edith and Agnes—and the Minions in Despicable Me 3.

After he is fired from the Anti-Villain League for failing to take down the latest bad guy to threaten humanity, Gru finds himself in the midst of a major identity crisis.  But when a mysterious stranger shows up to inform Gru that he has a long-lost twin brother—a brother who desperately wishes to follow in his twin’s despicable footsteps—one former super-villain will rediscover just how good it feels to be bad.

We are very excited to see a screening of the film in just over a week.  The kids have seen the trailer and are anxiously waiting to see it.  If you haven’t seen the trailer yet, check it out:

One of my favorite things that happens when familiar characters return on the big screen is all the merchandise that is available in the stores. For every film release there are some fun games and toys that are released as well.  Recently my kids were sent some fun Despicable Me 3 Hasbro games to check out.

The classics are back in a whole new way with the Minions!  I remember playing Operation and Bop It when I was a kid and now my kids get to play them too!

BOP IT! DESPICABLE ME 3 EDITION GAME 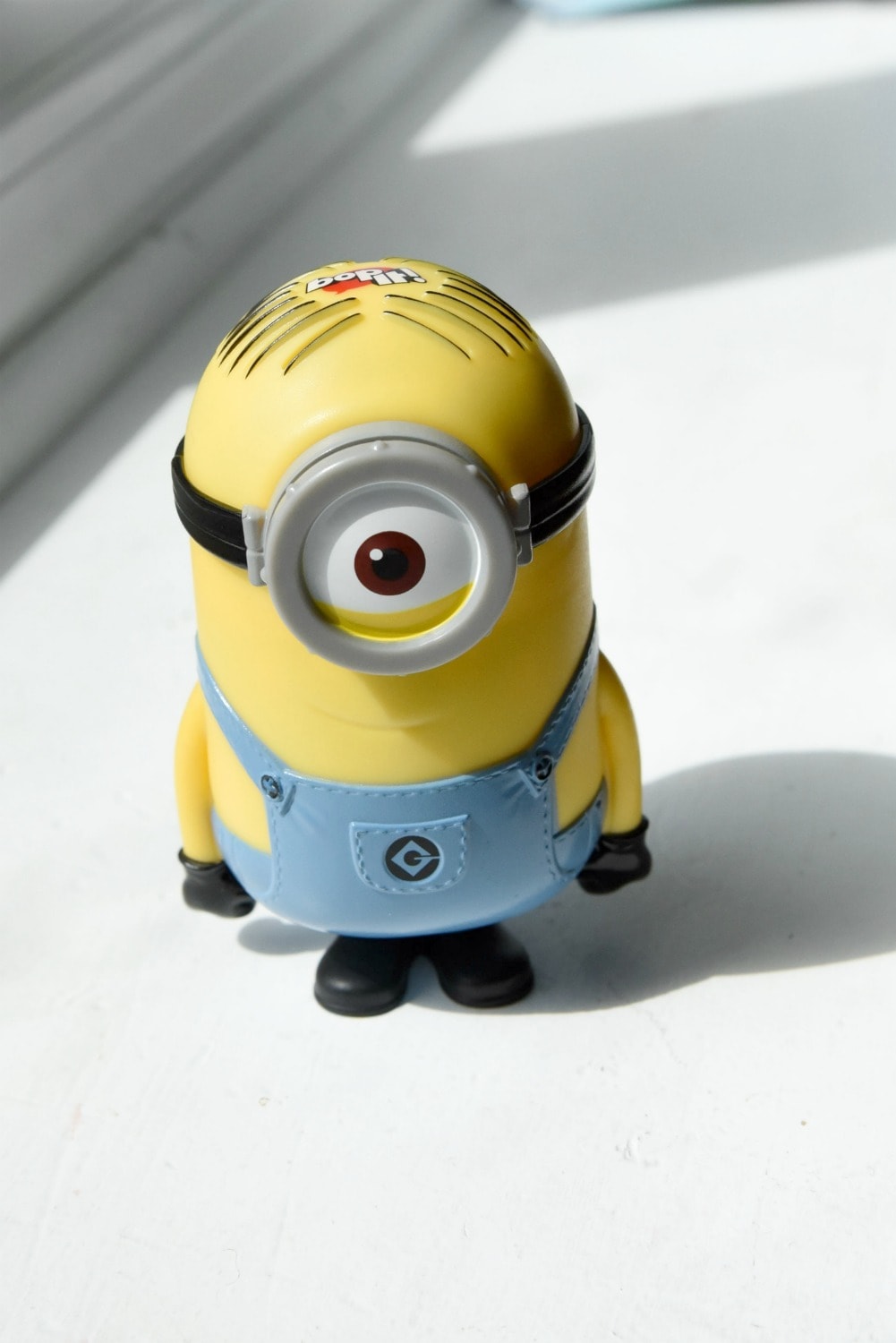 Get ready to pull it, twist it, and bop it with the BOP IT! DESPICABLE ME 3 Edition Game! Just like the classic BOP IT! game, players must quickly perform the silly actions called out by Agnes in order to beat the game! Pull down on Minion Stuart’s legs, twist his eyeglass lens, and bop the top of his head in this fun and fast-paced memory game. The BOP IT! DESPICABLE ME 3 Edition Game features the voice of the adorable Agnes and sounds of Minion Stuart. Requires 2 ‘AAA’ batteries, demo batteries included. 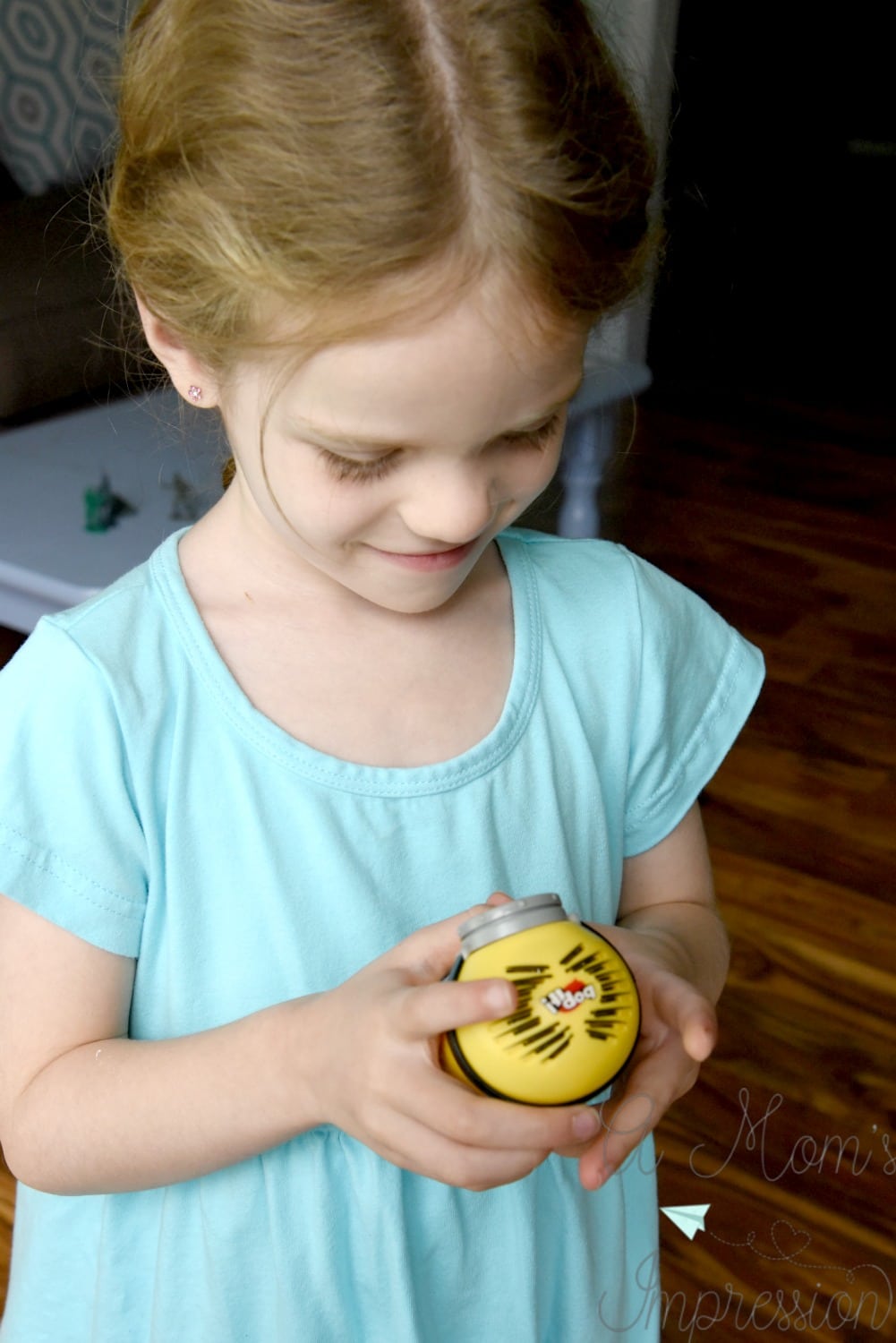 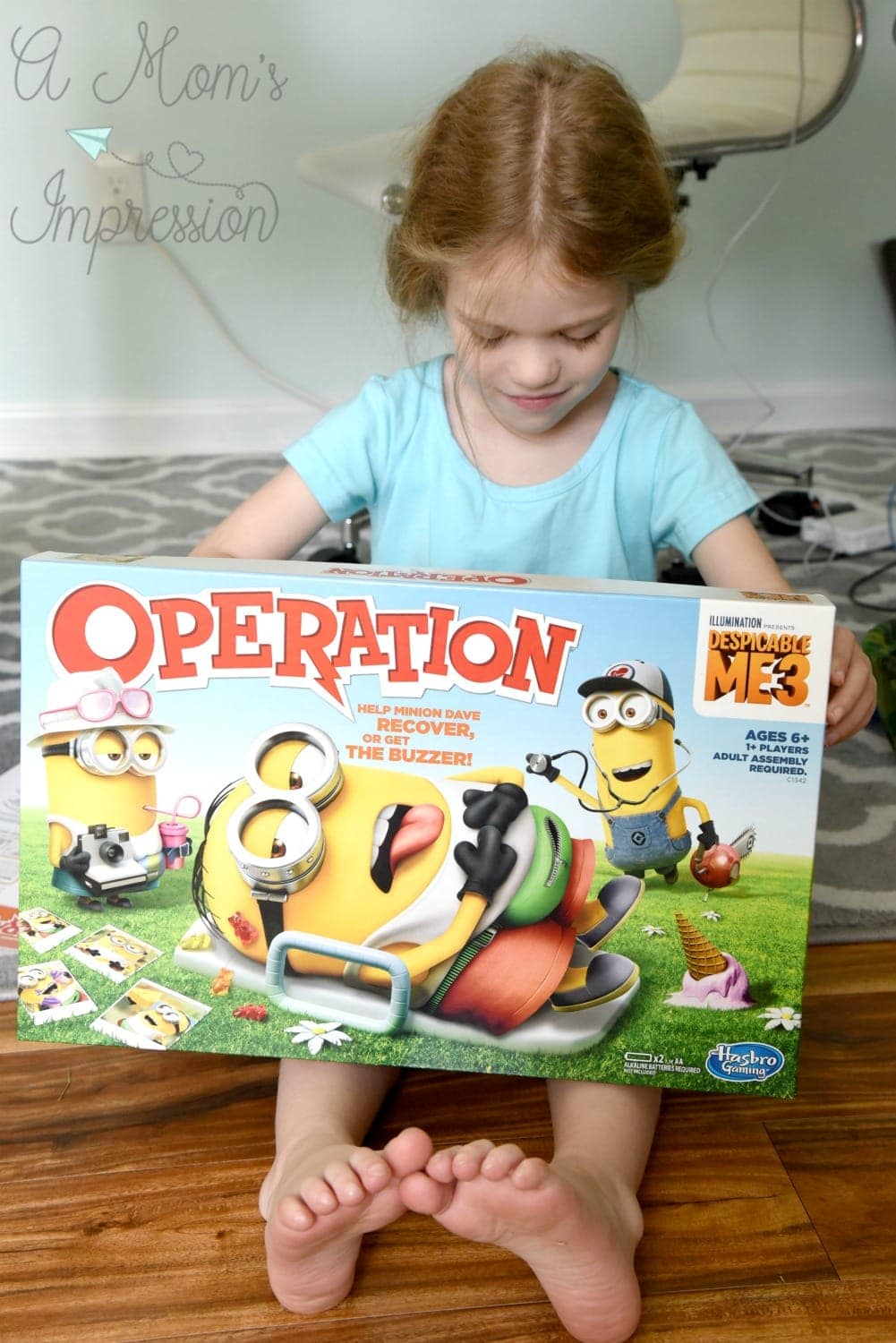 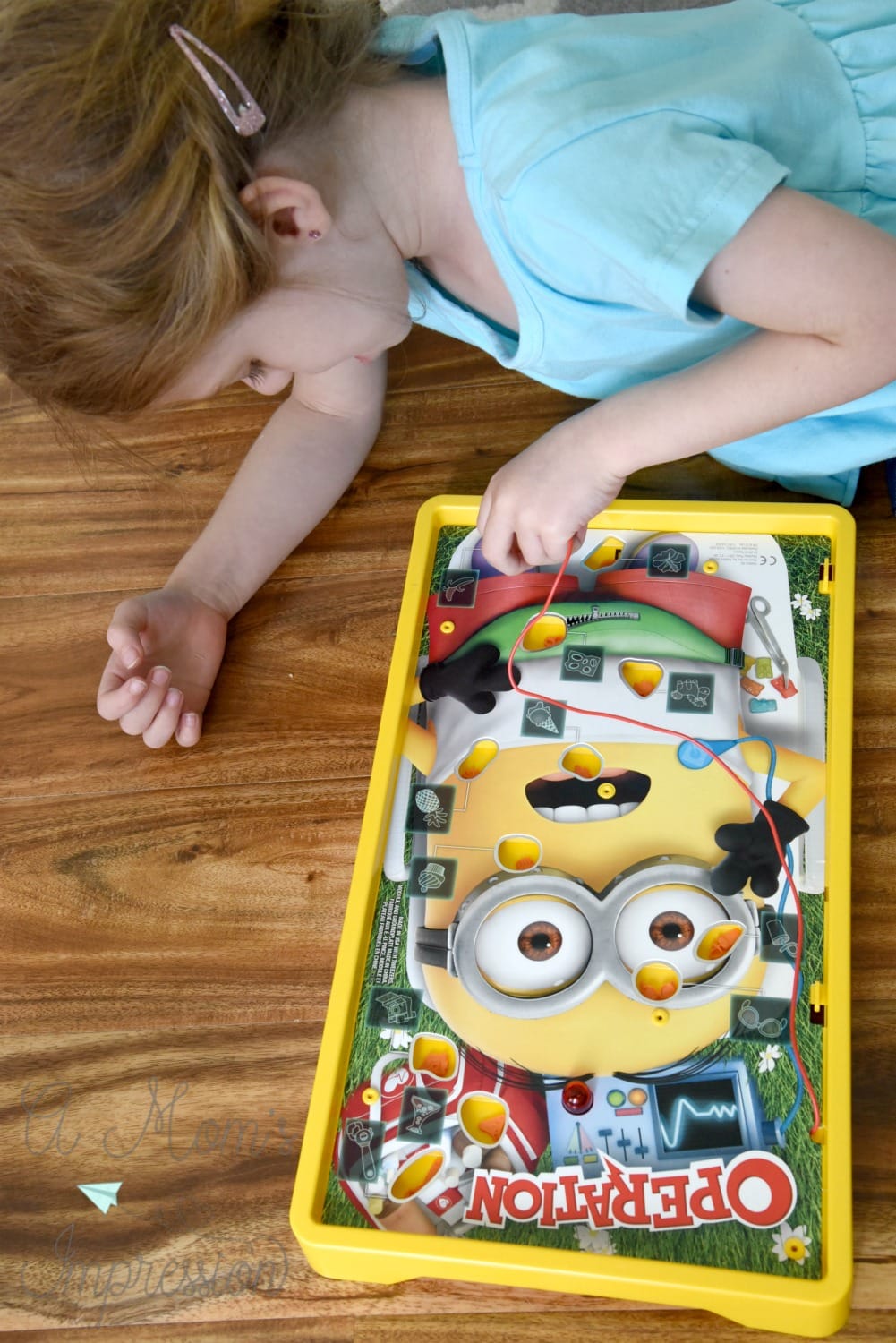 Available at most major toy retailers and on HasbroToyShop.com.  #HasbroGaming

My kids both loved Minon BOP IT! We have a 66 score leader board at the moment and I completely expect that it will be beat this weekend!  My daughter and I have also had a few games of OPERATION: DESPICABLE ME 3 Edition.  I beat her the first time, but she has been practicing and came in a close second the next time.  I know we will have months of fun play with these two new games.

To celebrate the newest Despicable Me film we are giving away a set of the two new Hasbro games!

Open to US mailing addresses only. Prizing and samples courtesy of Universal Pictures and Hasbro Games

After you enter the contest, be sure to join in on all the DESPICABLE ME 3 fun and grab your tickets now for the big movie release on June 30th!

DESPICABLE ME 3 – In Theaters June 30