I’m excited to introduce you to Bronte Carmichael, the young actress who plays the role of Madeline Robin (Christopher Robin’s daughter) in the new Disney Movie Christopher Robin. Last week I had the opportunity to meet this rising young star and talk to her about her role in the movie, life as an actress, and all about the loveable characters from the Hundred Acre Woods. 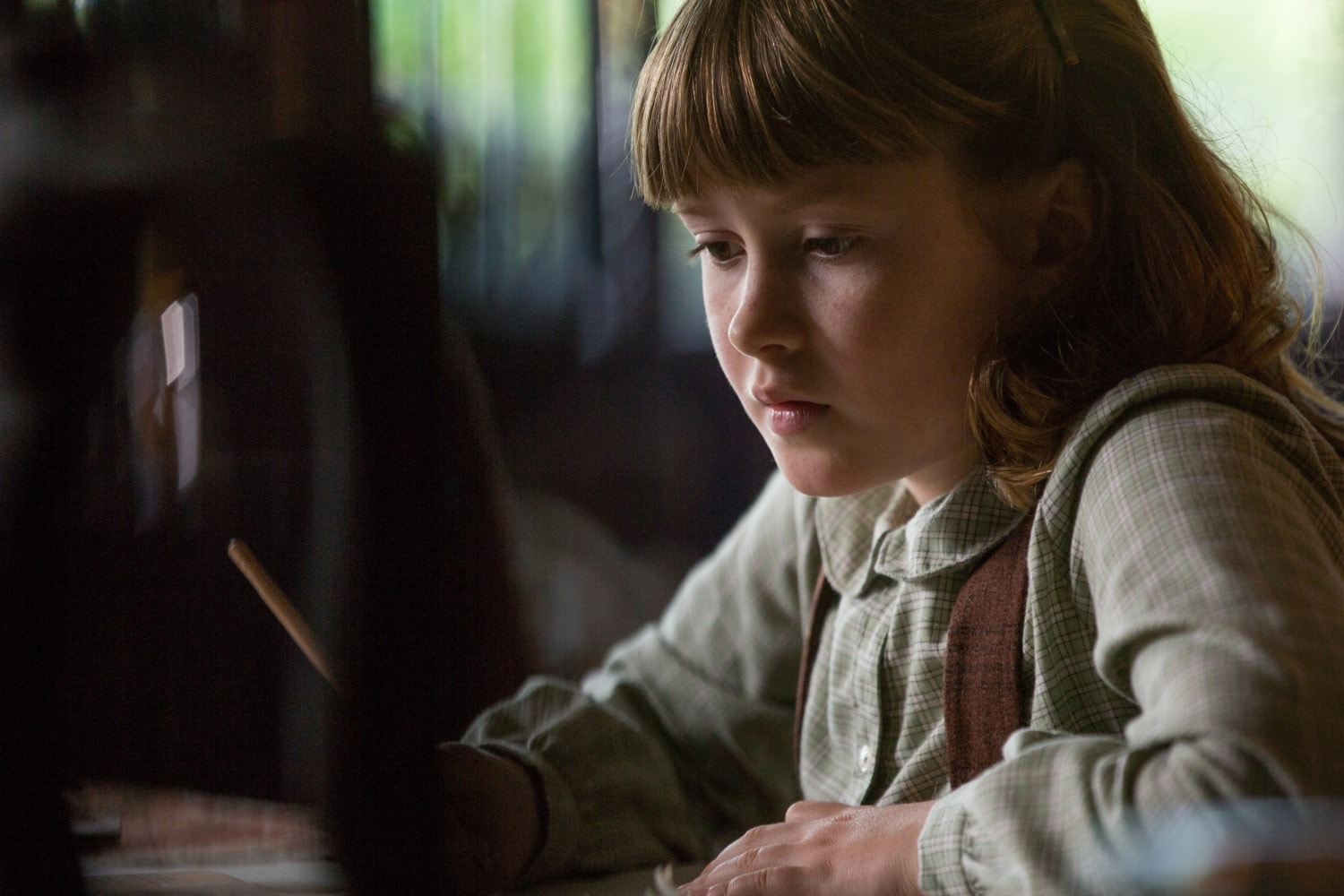 Hopefully, by now you have seen Christopher Robin in theatres and might be asking yourself, “Who is this actress who plays Madeline?” Bonte Carmichael is an eleven-year-old actress that I am sure we are going to see more of in upcoming years.

Our interview with Bronte started out with her telling us the story of how she found out she was going to be apart of Christopher Robin. Bronte Carmichael found out she got the part of Madeline Robin when her mom left a stuffed version of Eeyore on the bench in their garden. There was a note tied to its back saying, “Looking forward to our adventures in the Hundred Acre Woods.”

Isn’t that just the sweetest thing ever! 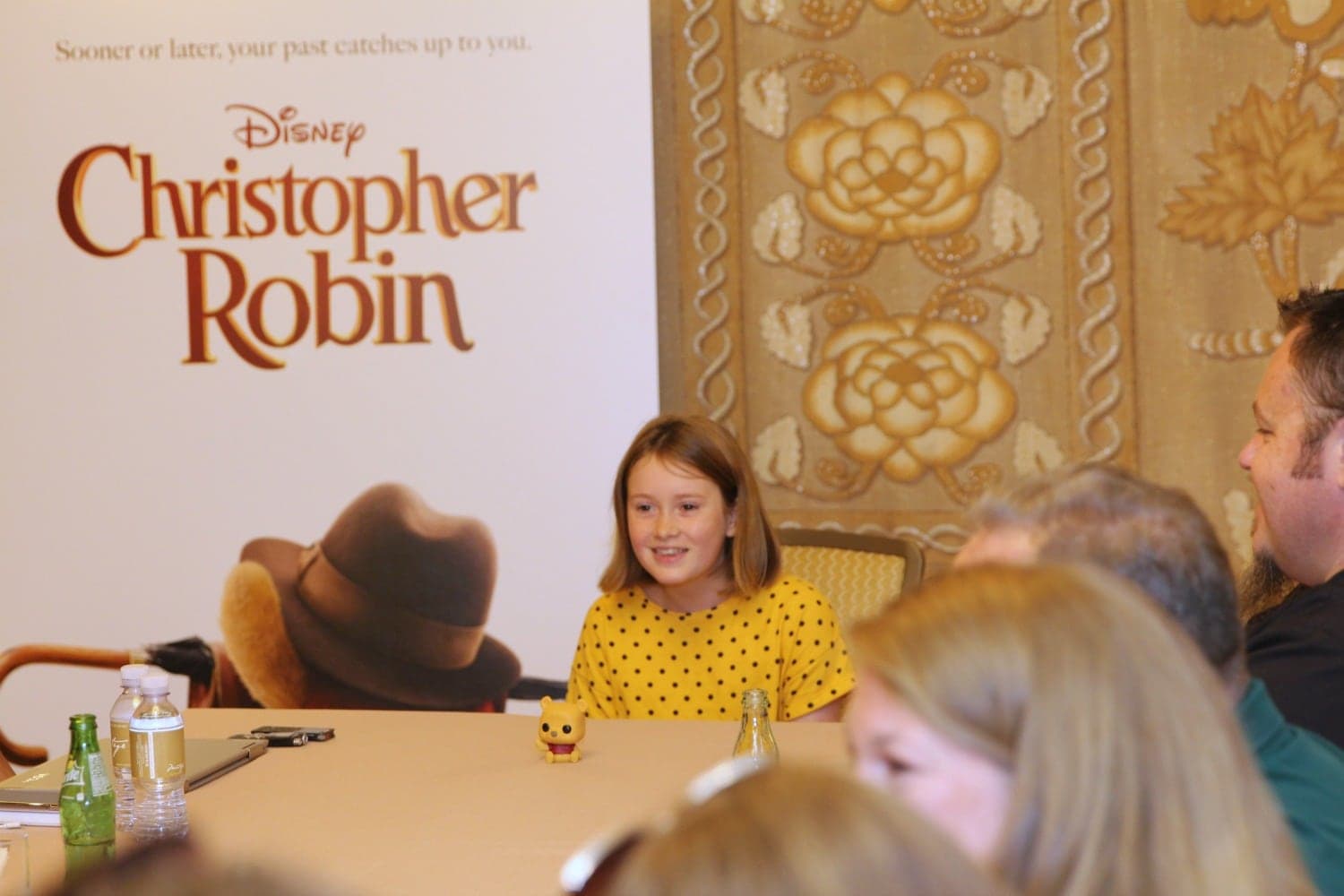 We were able to learn a lot about Bronte and her experience on set during our interview. I thought it would be fun for everyone to get to know this young actress by sharing 13 things I learned about her during our conversation.

Piglet, I can be nervous about some things, especially with acting, like, there are certain things that you can’t like, um, that you- that can like scare you. They can be certain takes that you aren’t that confident on, you can feel like Piglet sometimes. And then when you’re with Tigger you can be really excited about something. Like, I was definitely excited about coming to Disneyland while I was in LA. So you know, I felt like Tigger. 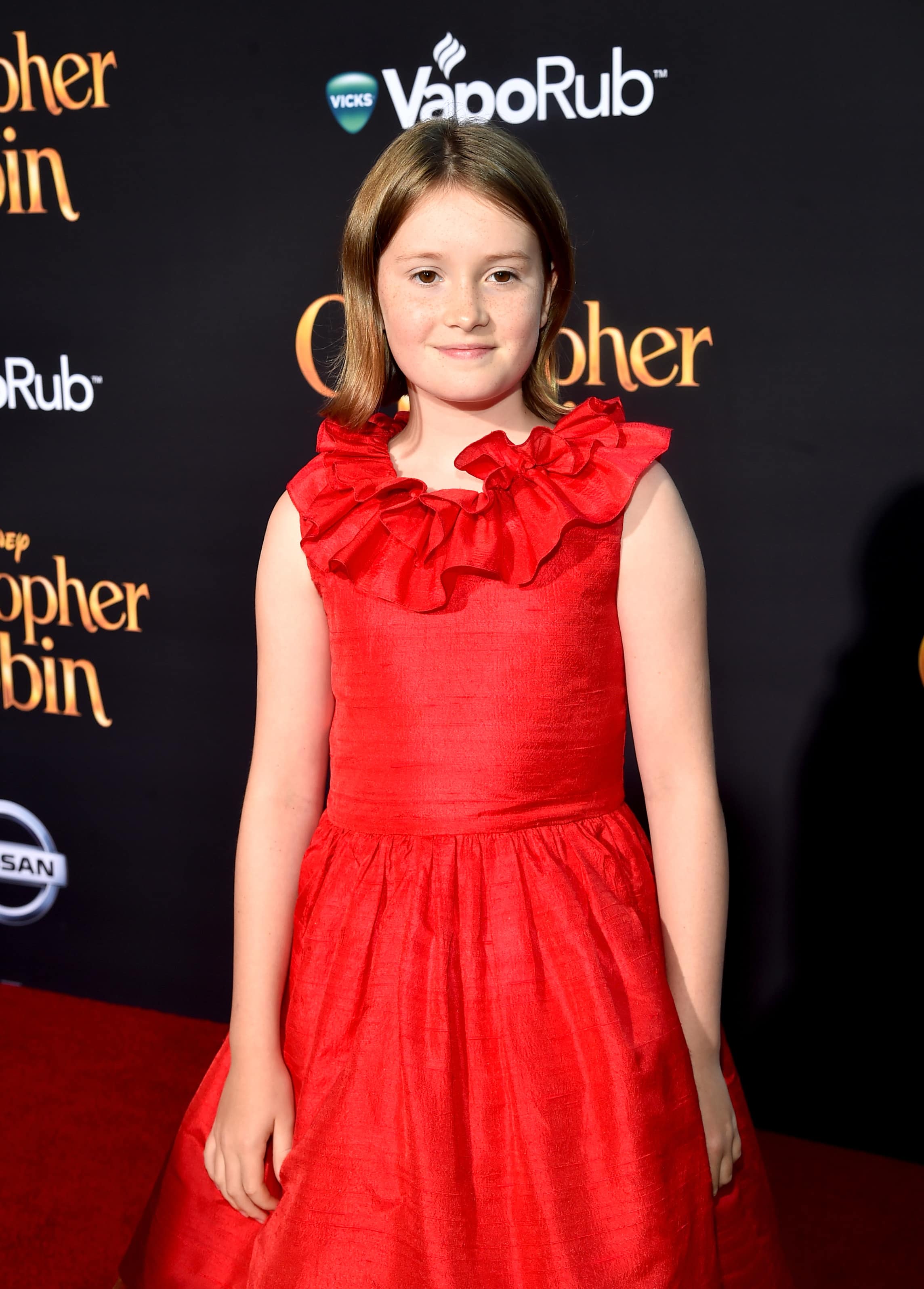 Bronte did an amazing job acting in the movie. While we were chatting with her she had some helpful words of advice for kids if they want to be actors as well.

Be as natural as you can and like, don’t let like, things get in the way of you. You just, let, let it flow and, you know, just be there in the moment, like, when you’re filming.

I thought this was amazing advice and very wise… just like a loveable bear we all know! 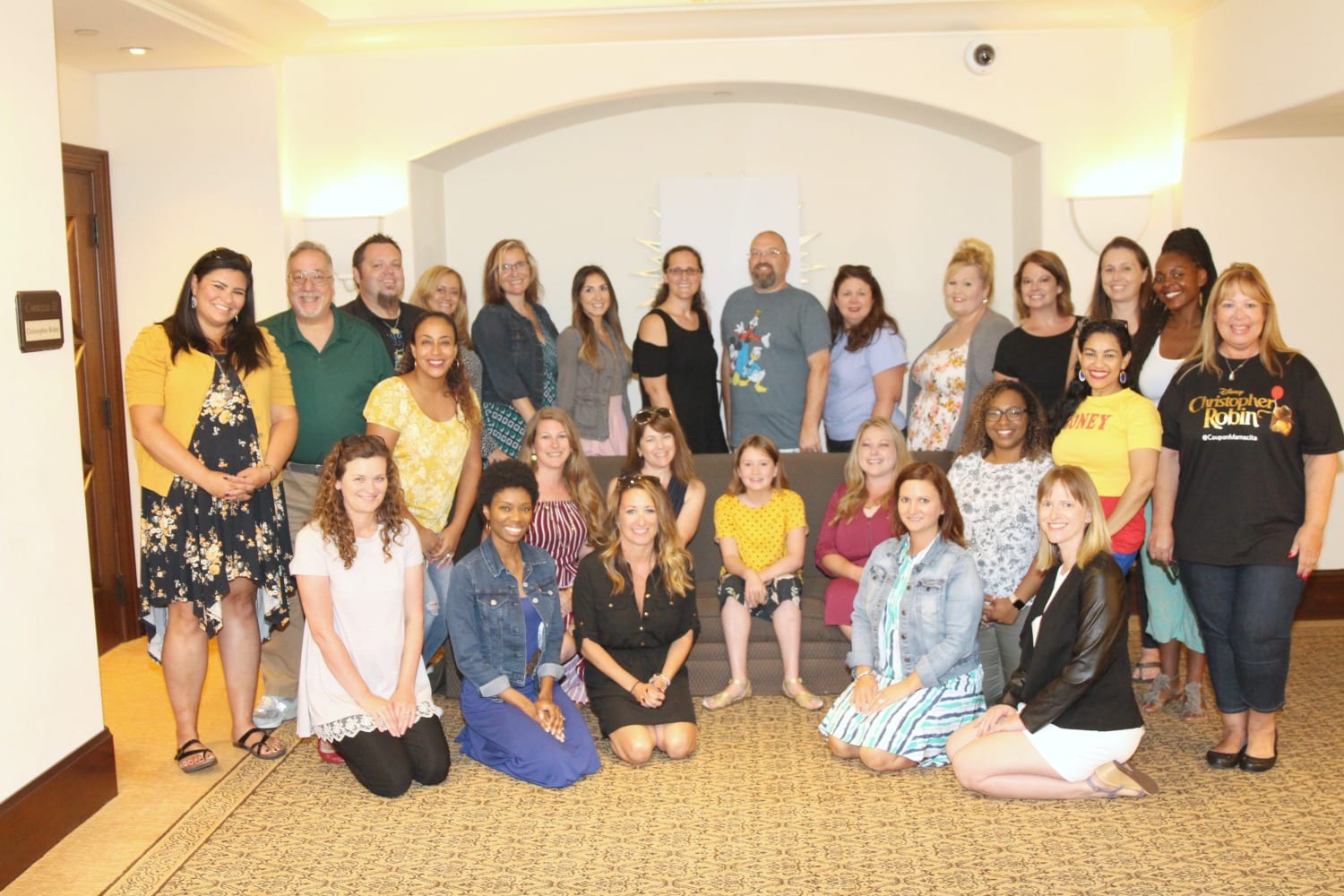 Get your tickets, Christopher Robin is in theaters NOW!