Scott Derrickson grew up a huge comic book fan. As a kid Doctor Strange was his favorite comic.  When he found out that Marvel was going to make a movie, he wanted to write it.  He went after the job with everything he had, even going as far as writing a 12 page scene before his second meeting with them. He had a strong vision from the beginning of what he thought a Doctor Strange movie should be like.  Luckily he got the job and his vision hits theaters this Friday as Doctor Strange releases nationwide. 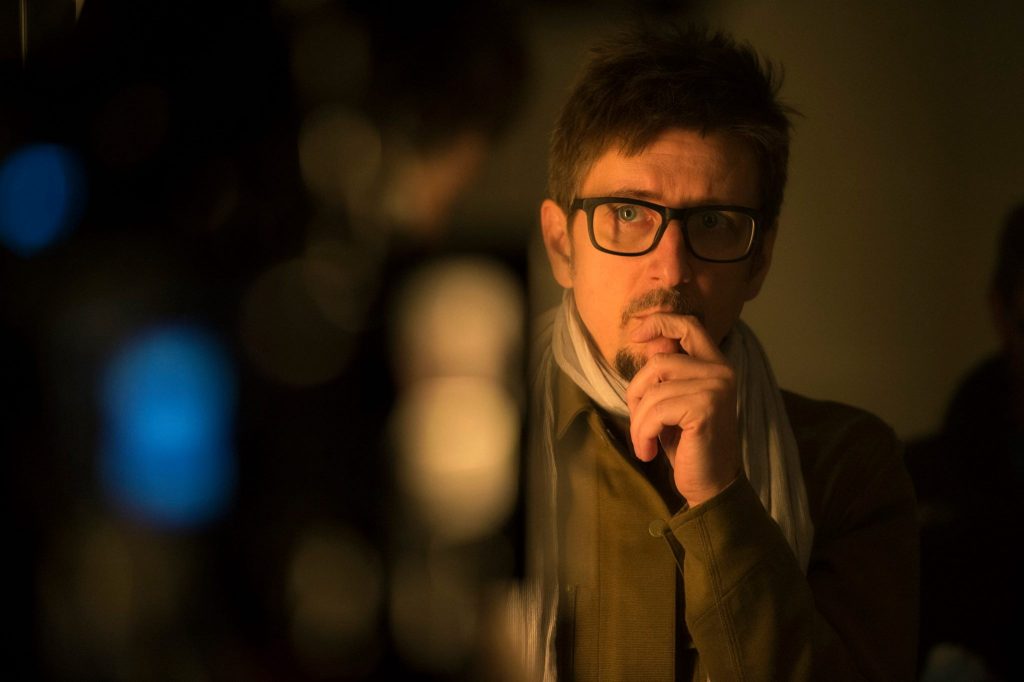 Last month I was able to sit down with Scott during a round table discussion with 24 other bloggers to talk about the film.  I personally love talking to screenwriters and directors.  They have so much passion for their projects and Scott was not an exception.  I think a room full of moms (and one dad) surprised him a little and he opened up to us about his motive for making this movie.

My biggest personal motive for making the movie is that I have two boys who are now, thirteen and ten, and who were, eleven and eight when I started. They’re Marvel fans.  I wanted to make a movie that would surprise them but also a movie that would leave an impression on them of what I think are some of the most important things, you know, in life, and that’s where a lot of that came from. 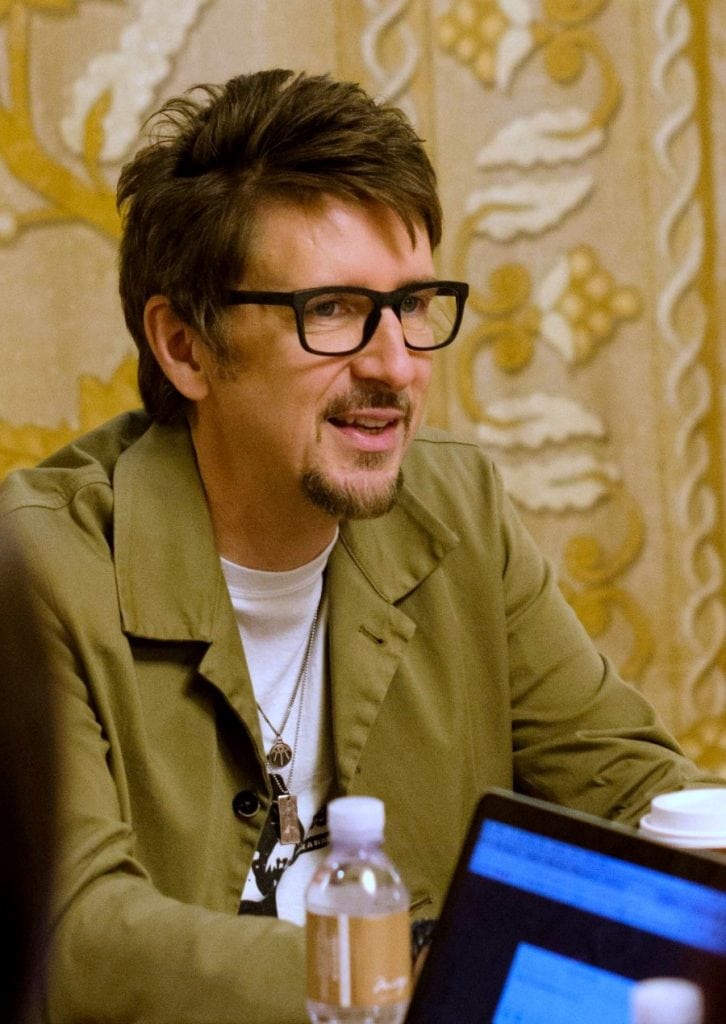 If you caught my Tilda Swinton interview yesterday, you heard that Scott and Producer Kevin Feige had deliberate intentions of breaking stereotypes with a couple of the roles in the film.  There was a bit of a backlash from die-hard Doctor Strange fans about changing The Ancient One’s character from an Asian man to a that of a woman.  Scott talked a little about why he felt it was important to do that…

That choice was twofold. The first reason was because I was trying to find ways, creative ways, and positive ways, to escape the racial stereotypes from the original comics. They were products of the ’60s for good and bad, those comics. For bad, the Ancient One, and Wong, those two characters were, were pretty offensive racial stereotypes by modern standards. Wong’s character, I was able to completely reinvent. I sort of inverted his character. Everything about his character in the comics, I just flipped on its head. Instead of a man servant he’s a master of the mystic arts. Instead of a sidekick, he’s Strange’s intellectual mentor. You know, so that was great.  With the Ancient One, I couldn’t really do that.

The Ancient One, for the origin story to work, still had to be a magical, mystical, domineering, martial arts mentor, to Doctor Strange. So the first thing I wanted to do is make it a woman. And I thought, okay, that’s fresh.  I did that to get away from the cliché and the stereotype, but I also did that because I wanted a woman Tilda’s age. I wanted a woman who wasn’t the 26 year old, tightly leather clad, hot, fan boy dream girl. I wanted to have a real woman in the movie  in terms of trying to get diversity in there.  I thought about casting an Asian woman. We had lots of discussion about that. But I couldn’t get away from the stereotype of the Dragon Lady. If you know anything about American cinema, and the portrayal of the Dragon Lady, you know, the anime movies and all that, I felt like a trap. So then I started thinking, well who could bring the ethereal, enigmatic, mystical qualities of the Ancient One from the comics, that are good? And I was like, Tilda.

I had never heard of a screenwriter having a person in mind to play a part while writing it, but that is exactly what happened when Scott wrote the film.

When I came up with the idea in my head about Tilda doing it, suddenly the role came to life.  I wrote it without her knowing anything about the movie or knowing that I was interested in her doing it. I wrote it for her, and it was great. I remember bringing the script to Kevin, and handing it to him, saying, okay, this role is great now, but it has to be Tilda Swinton that plays it. And if it’s not her, we’re going to have to rewrite it again. 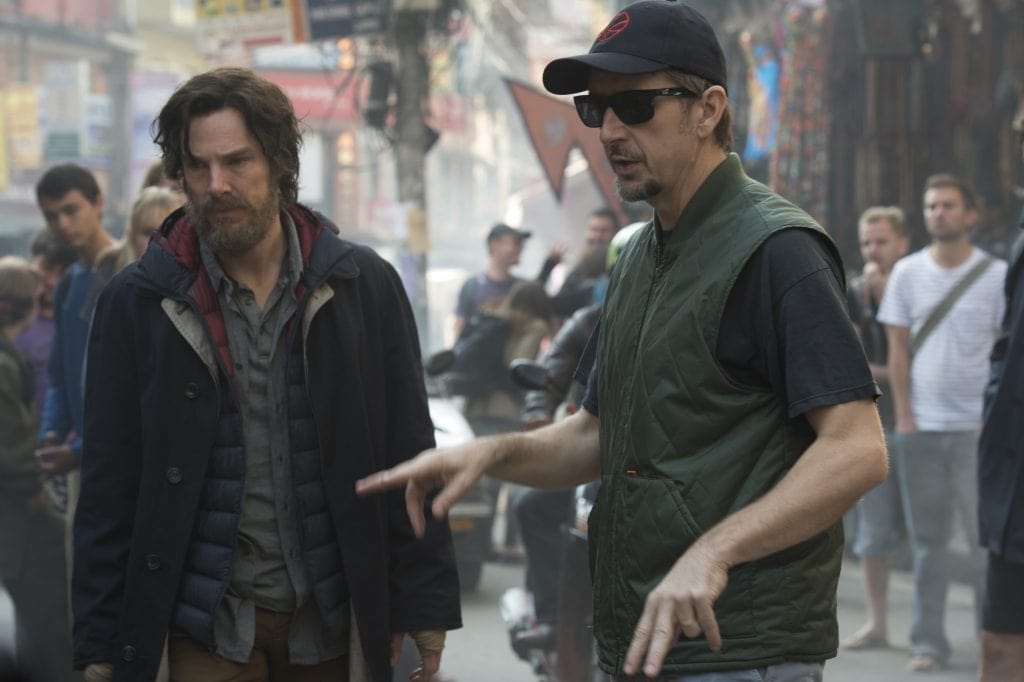 Doctor Strange was originally created in the 60’s. We asked Scott if there was always going to be a nod to the 60’s in the film or if they had planed on updating it for the modern audience.

The ’60s comics were the primary influence for the movie, for sure. Those early Stan Lee, Steve Ditko comics, which were very much products of the ’60s, and the ’60s psychedelia, the weird imagery of the movie is so rooted in the Steve Ditko artwork from that era. I listened to almost nothing but psychedelic rock from that era while I was working on this screenplay. It’s why there’s one Pink Floyd track in there that’s from the first Pink Floyd album, back in their early psychedelic days. What I wanted to do was to not make a throwback movie, or a nostalgic movie. I didn’t want to try to go back and recapture the ’60s revolution feel, but I wanted to have that same mindset of open your mind, expand your mind, see things new. Look at a new aesthetic, and explore possibilities. The goal was to take that ’60s mentality, and then bring it into a modern superhero and do it with a character who was about something hopefully meaningful. 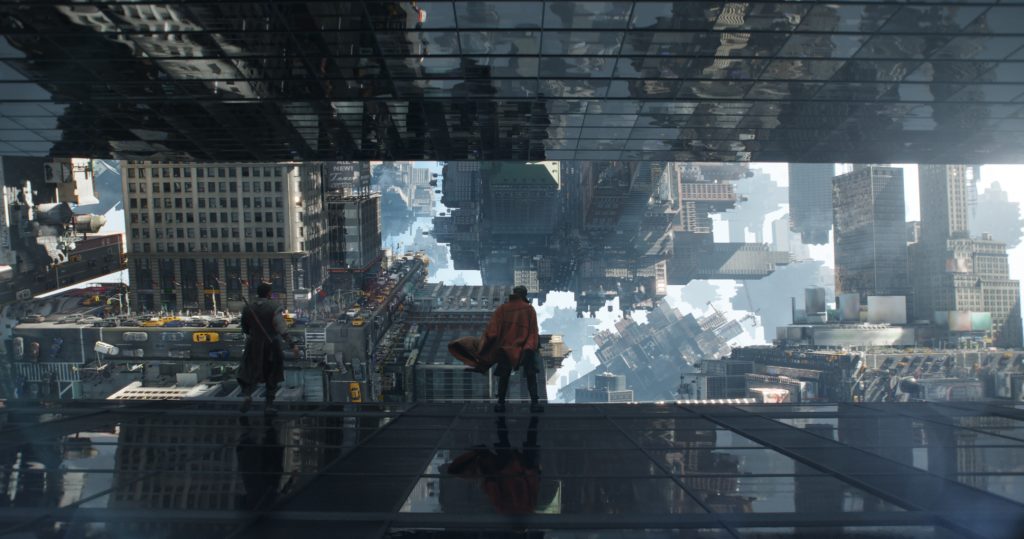 Without giving away any spoilers, what struck me most about the film were the unbelievable visual effects.  Half the time I was sitting there amazed by them and then realizing I was amazed by the because they felt so real.  We asked Scott about how much work went into creating these effects in the film.

The visual effects were, – it was a long time developing them. It was one of the most creative parts of the whole process, because the idea going into it was to use visual effects for a new reason than what you usually get in big event movies. In big event movies, even in Marvel movies, special effects are usually used to destroy things. It’s about destroying cities, because that’s what creates screen stimulus.  I just felt committed to the idea of using those big expensive visual effects for something else, something new, something more interesting, and specifically, something trippy, and weird. And to give the audience an unexpected experience.

Scott shared with us some of the most special scenes of the film to him but I don’t want to spoil that for anyone.  I will come back and share this with you after the film release, be sure to come back for the update. 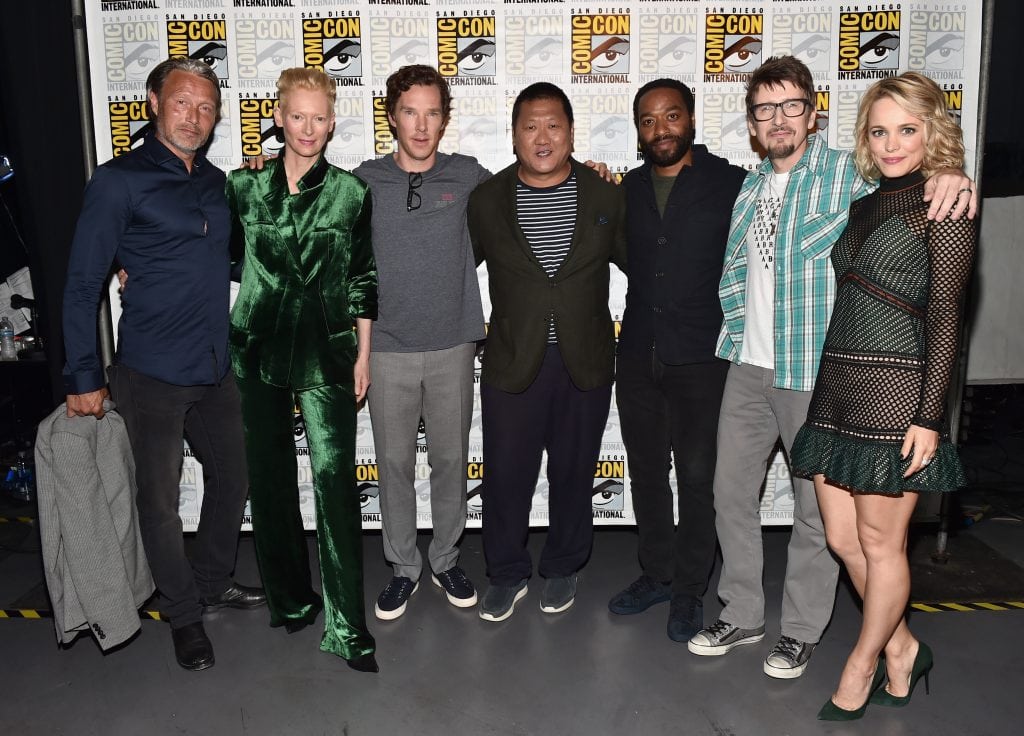 Being apart of the Marvel Universe is a huge deal.  The consensus of many fans is that this is a huge game changer for the Marvel cinematic universe. We asked Scott how he sees Doctor Strange affecting the MCU and I think his answer sums up every Marvel fan’s wish for the movie…

As a fan, going into Doctor Strange, I wanted to make the kind of comic book movie I wanted to see, which was a hard left turn. Which was a bold and fearless leap into the surreal with some substantial meaning, and some depth of ideas, and still fun, still Marvel, still a Marvel character. You know, but with a little more originality and ambition than what we’ve been seeing lately. Because that’s what I wanted as a fan, that’s what everybody wants. I assume that if I hit that target for my own taste, I have to believe it’ll satisfy other people as well.

You can purchase your Doctor Strange tickets now at many box offices nationwide, get yours now!