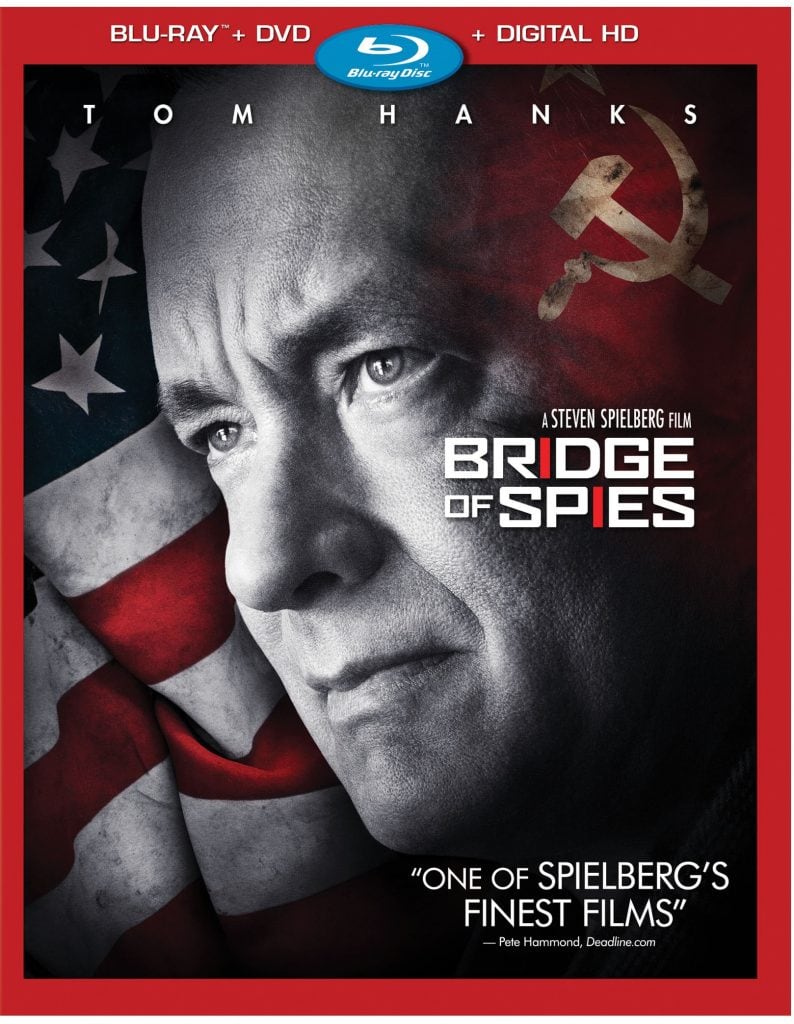 As soon as I heard that Tom Hanks was teaming up with Steven Spielberg for a feature film, I could’t wait to see it.  I didn’t even know what the film was about, I just knew that having those two powerhouses together, it was going to be an amazing film.  As life does, it got in the way last fall when Bridge of Spies came to the theater and I wasn’t able to see it on the big screen.  I have been waiting patiently for it to come out on Blu-ray.  Yesterday it finally did and I had the chance to watch it over the weekend.  It was worth the wait.

Nominated for a Best Picture, Bridge of Spies tells the story of a lawyer who was chosen to defend an accused Soviet Spy during the Cold War.  As you can imagine, he wasn’t very popular with the American People but instead of running, this lawyer does something that will amaze you!   Here is a little sneak peak…

SYNOPSIS:  A dramatic thriller set against the backdrop of a series of historic events, “Bridge of Spies” tells the story of James Donovan (Tom Hanks), a Brooklyn lawyer who finds himself thrust into the center of the Cold War when the CIA sends him on a near impossible mission to negotiate the release of a captured American U-2 pilot. High stakes and suspense power a story inspired by true events that capture the essence of a man who risked everything and vividly brings his personal journey to life.

My husband and I loved the film and thought it deserving for a Best Picture nomination.  As most historical films go, I did a little research into this story and learned some interesting information about James Donovan and how he ended up uniting hundreds of American families.  Not bad for a lawyer.  Not mean to be a film for young children, I found Bridge of Spies to be an excellent resource for older kids to show what life was like in America back in the Cold War days.  I also think it teaches a great lesson about sticking to our beliefs no matter what the cost may be.

Thank you to the folks at Click Communications for sending us the Blu-ray to enjoy.  All opinions are 100% mine.