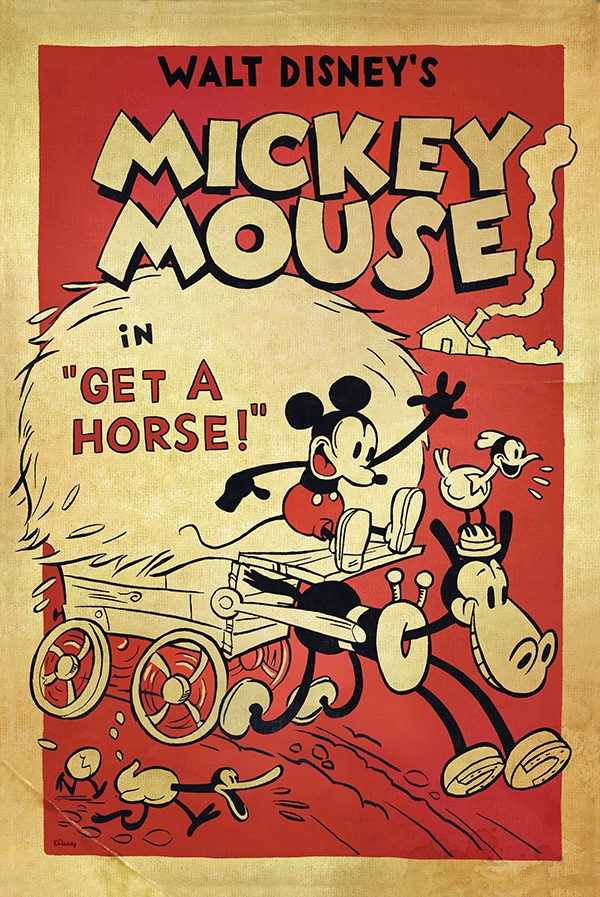 If you saw FROZEN this past weekend you saw the delightful short film Get A Horse before the start of the movie. I hope that you were able to see it in 3D because it truly was an amazing piece of animation.

Last month while I was in LA for the #DisneyFrozenEvent, we were able to sit in on a group interview with GET A HORSE! Director Lauren MacMullan (“The Simpsons”),  Producer Dorothy McKim and the co-heads of Animation – Legendary Disney artist Eric Goldberg (“Aladdin,” “Pocahontas”) and talented CG animator Adam Green (“Tangled,” “Wreck-It Ralph”).  They talked about everything that went into making this short film from the idea all the way to creation.

How the Idea for the film started:

Director Lauren MacMullan loved the 1920’s Mickey Mouse animation.  The idea was that Mickey and Minnie were meeting for the first time.  Mickey doesn’t have a lot of money so he tips his skull instead of his hat and he offers Minnie a hot dog for dinner. In the early style of Mickey and Minnie, they flirt and then Mickey gets in trouble for flirting so Minnie jumps away using her undergarments as a parachute. There arms and legs can stretch and become different things like a staircase for Minnie to climb up on the wagon. 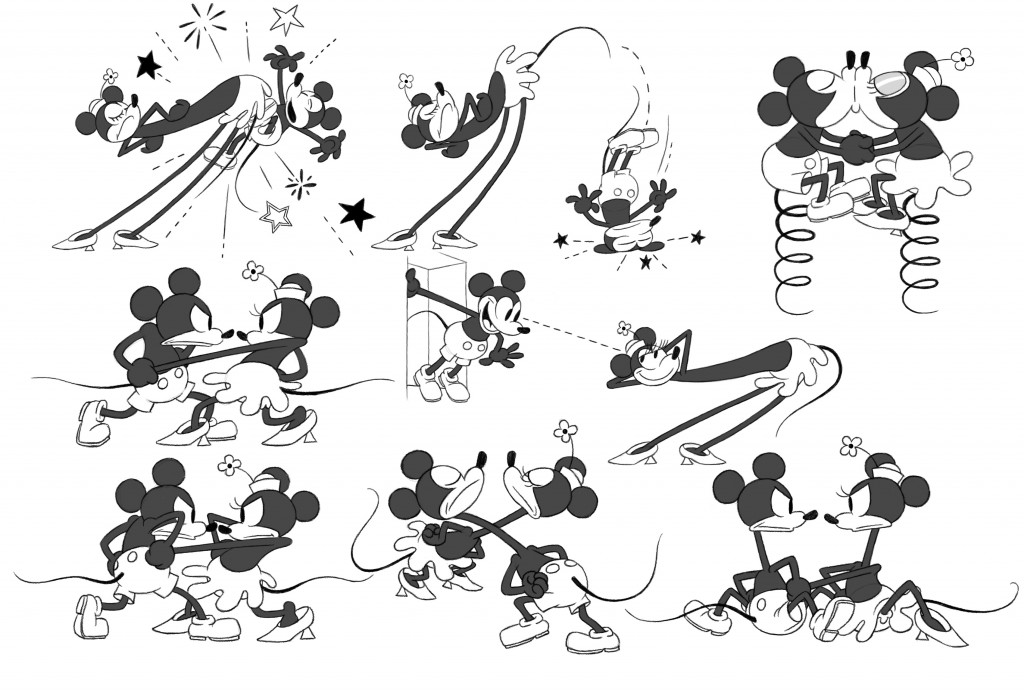 Integrating the Past into the Present with Animation

All of the animation of Get A Horse was done recently, looking as if it could have been found in the Disney Vault from the 1920’s. Lauren MacMullan wanted to pull the old classic black and white animation off the screen into color and CG!  She literally does it with the help of animators Eric Goldberg and Adam Green.  The first step of the process was to get the green light from John Lassiter and Ed Campbell and then do a complete story board. After the storyboards were created it was time to assemble the animation team. 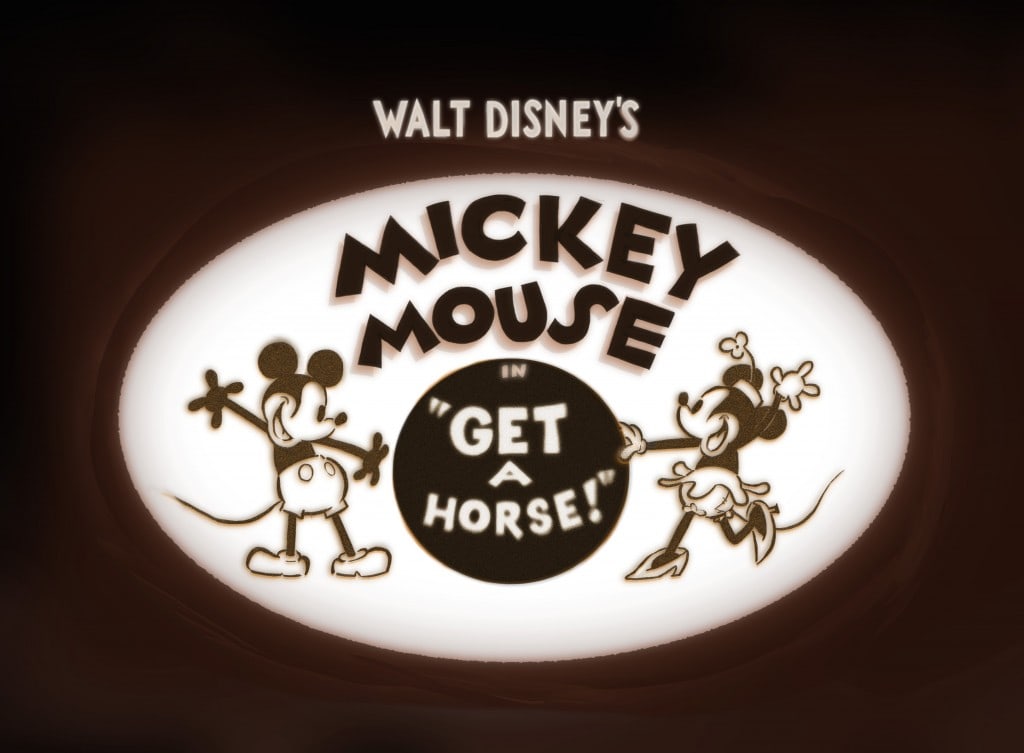 Legendary Disney artist Eric Goldberg showed us how the Mickey of the 20’s is different than the Mickey that we know now.  The Mickey we know now is actually the 1939 Mickey designed by the 1939 Mickey that was designed by Freddy Moore.  Freddy Moore was one of the greatest Disney animators ever.  The big differences between the two Mickeys are that the modern Mickey has pupils in his eyes, he has a pear shaped body, and his shoes are large and round.  The 1920’s Mickey was shaped more like a barbell and had more boxy shaped shoes. All of the 2D animation was done with paper and pencil.  When doing the 2D animation, animators were told to go back in and mess it up a little to make it look more authentic.  It was very difficult.

Bringing CG Into the Film

The trick with CG Mickey was to make him feel the same way that he did in 2D.  He had to be the same Mickey that came out of the screen not just the modern Mickey that we all know.  Handling Mickey’s ears in CG was one of the most difficult pieces to do.  His front ear is his back ear, but when he turns his head the other way, his back ear becomes his front ear.  In CG, his ears are sticking off in space.  In 2D, you just draw them as circles. The other thing that they struggled with in CG was the stretching out of Mickey’s arms.  It was very difficult geometry to get that to work correctly.

The filmmakers showed us some of their early tests with the animation as well as teaching us how to draw 2D 1920’s Pete!

I found the mix of 2D animation and CG animation to be absolutely remarkable.  I know I mentioned it before, but if you can see this in 3D you will be amazed by how they created it.  A little fun fact is that the voice of Mickey is Walt Disney.  They pulled out old films and pieced together his script from that!  I love the combination of the old and new!

Get A Horse plays right before FROZEN in theaters now!